The Lost Symbol gets its act together in an aptly-paced penultimate episode.

The Lost SymbolTV Show Reviews
By Divij Sonak On Jan 17, 2022 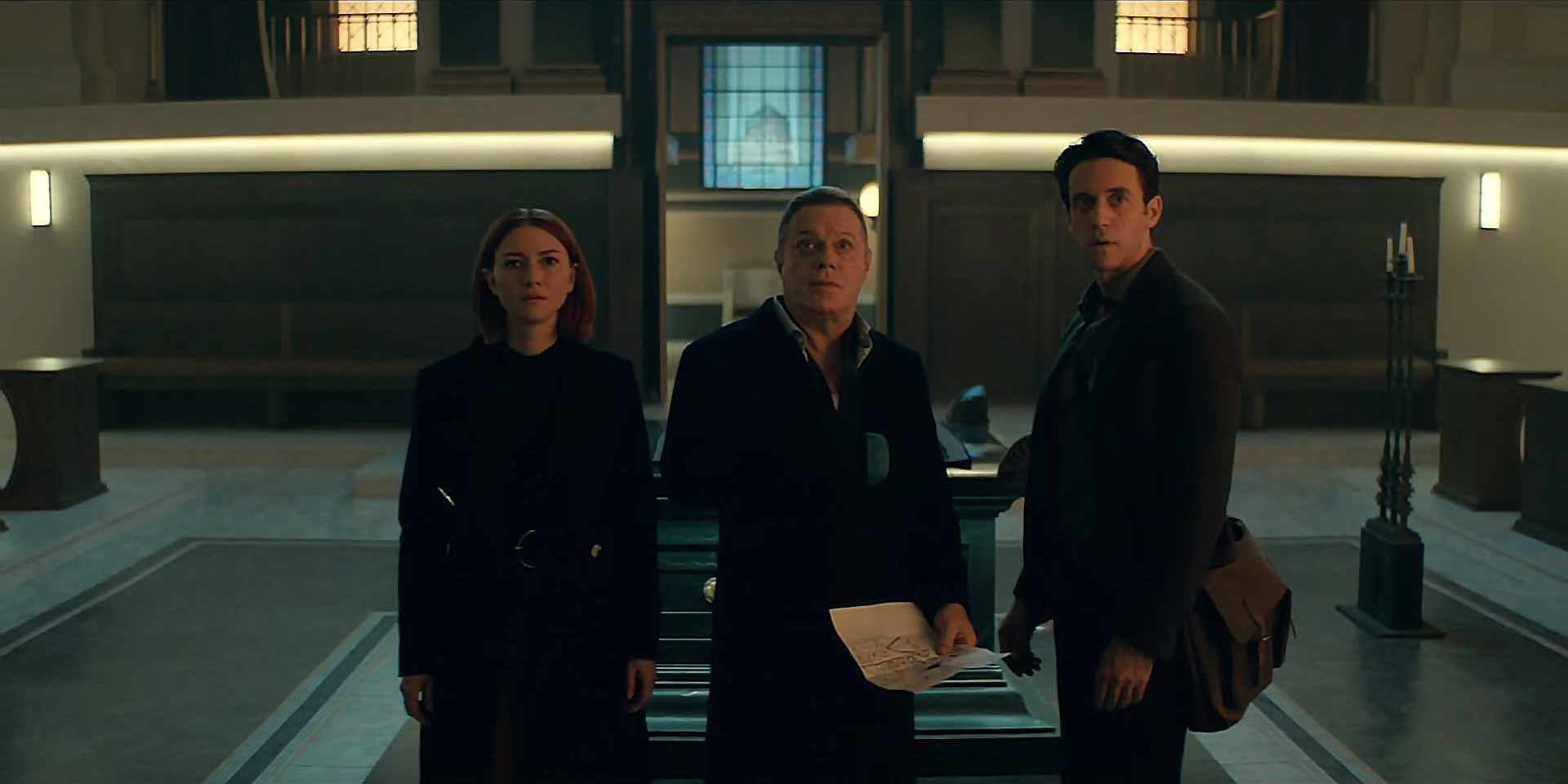 The Lost Symbol has largely been a slowburn through the 8 episodes or so that it ran through. In its penultimate episode however, the show embraces the familiar rhythm of a thriller that audiences are so used to. Managing to bring its disparate plot threads together, The Lost Symbol delivers a more deftly paced penultimate episode that suitably raises the stakes and sheds clearer light on what Mal’akh’s game plan looks like, as well as the devastating consequences it might have. There’s a lot of scheming, planning and double-crossing that goes down before it all comes to fruition though.

The last episode concluded with Mal’akh possibly having killed her mother but I wasn’t too sure in light of a similar misunderstanding I had with Sato’s character. Director Norma Bailey and writer Glen Whitman take the time to just be absolutely sure that Mal’akh has officially choked her mother to death by giving us an extended sequence of the son setting her mother on a funeral pyre. A bit out of place from the rest of the episode in terms of pacing, the sequence is beautifully, hauntingly shot, as it compares the stillness of Isabel lying on the pyre to Mal’akh’s almost remorselessness of his act. Zachary may be fully gone, but as he follows through the obligatory rituals, small hints suggest that there’s still a tiny bit of Zachary still left in there somewhere.

We finally pick up with Langdon, Katherine and Peter cracking puzzles. As if breaking the fourth wall, they lament on the passage of time since Langdon uncovered anything and work together as a team to take another stab at it. It’s gratifying seeing these experts on history and science put heads together and I for one would’ve enjoyed more such banter. Without giving too much away, let’s just say the trio discover the hidden message in the Capstone using some ingenious puzzle cracking, but then decide to play a different game altogether to lure Mal’akh out, by tricking him into the location of the Capstone.

On his part, Mal’akh uses the sonic vibration machine nicknamed “Cascade” for the first time. Nunez experiences its effects first-hand as he bleeds from the ear, as well as the fish in the river, who all die. The machine produces sonic vibrations resulting in patterns drawn in the water, suggesting that Mal’akh definitely intends to use this machine. For what, it’s unclear. Perhaps to bring down the world’s powers, or uncover the ancient mystical portal, with the vibrations being the key to unlocking its potential. Regardless, this is yet again a wonderfully shot sequence and gives us a good sense of what “Cascade” is capable of really doing, after episodes spent trying to explain this by exposition.

The heart of the episode really is the cat-and-mouse game that Langdon, Katherine and Peter indulge in to draw Mal’akh out of his hiding place, and them subsequently being outsmarted by Mal’akh as he works one step ahead. I say this, not as a spoiler, but because it’s way too obvious that Mal’akh won’t be caught this easily as you watch the episode. Much of the hour plays like a heist film then, akin to a more serious Ocean’s Twelve, where the objective is to outwit the opponent and get to the real location where the prize is kept. This is probably the most plot-driven episode, and yet it manages to squeeze in some time for character bits here and there.

There are yet more puzzles to be cracked as the trio arrive at the real location to uncover the final clues that would lead to the location of the mystic portal. The treasure hunt, however, comes to a rude end which puts Langdon and Peter in a real spot by the end of the episode. For once, I did feel a certain sense of dread when viewing the tense bits, a feeling that earlier episodes largely failed to invoke. And while this may have been a good episode, the question lingers on whether The Lost Symbol ran too slow for its viewers’ good. What good is an episode like this if most of your viewers didn’t even manage to complete the series to reach all the way until this point?

Digressions aside, this was the kind of episode that, if interspersed in between the slower moments of the show, would have made The Lost Symbol some truly entertaining, engaging television.