The Mandalorian battles a giant arachnid as he scurries to reunite a frog lady with her husband. 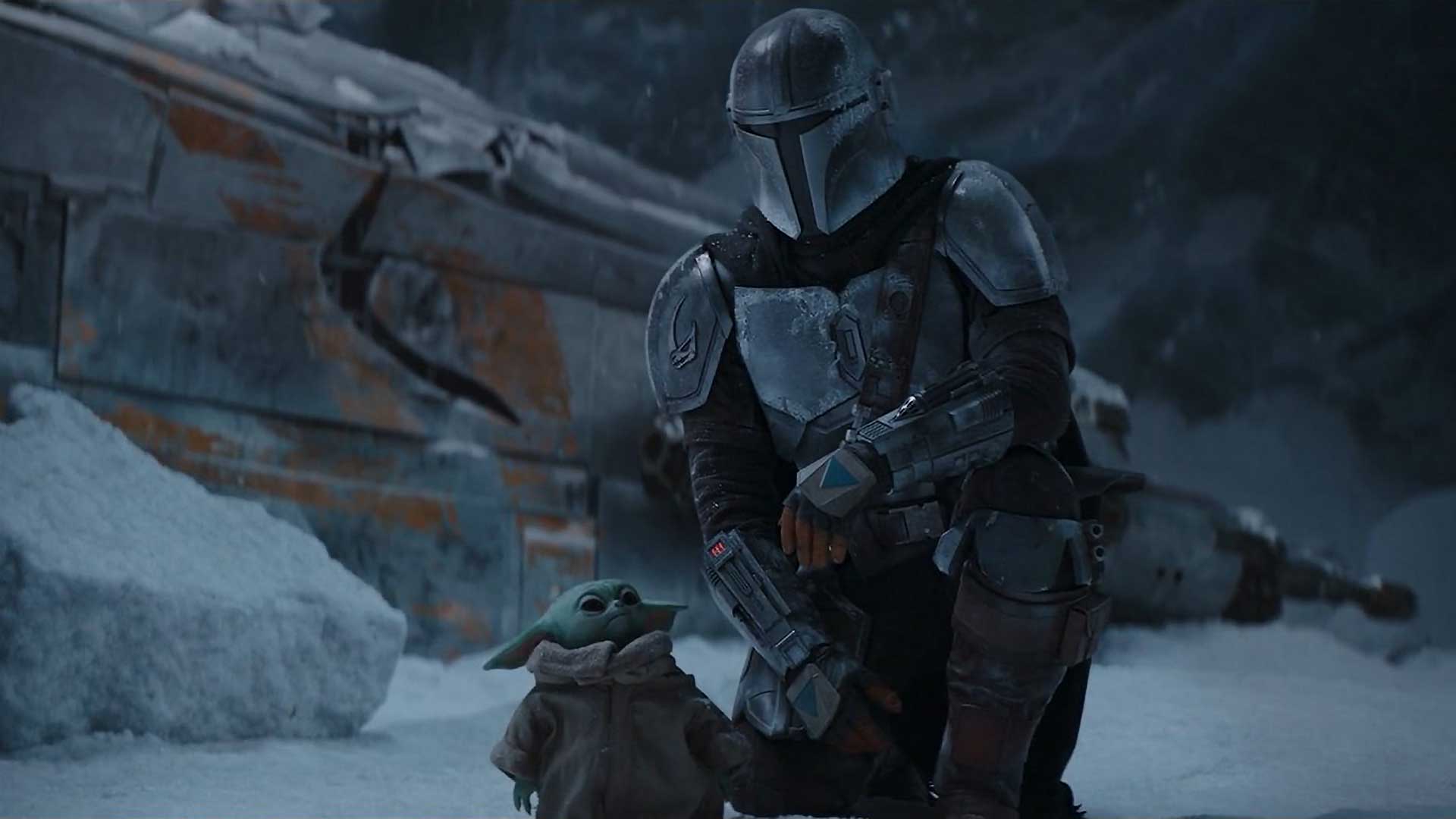 In this episode of the week, The Mandalorian has Mando dodge New Republic tie-fighters and a giant spider to escort a “Frog Lady” to the moon planet of Trask to reunite her with her husband who can fertilize her eggs so as to save their species from extinction. And yet, that’s hardly the most bizarre plot synopsis you may have read about a Star Wars episode. It’s commendable just how entertaining Peyton Reed manages to make this standalone serial of the week despite its little to none connections to the overarching plot.

After a cold open that sees Mando outsmart his way out of a band of local thugs, we find our hero and The Child in Mos Eisley Cantina looking for their next lead on others of his kind. Seeing Mos Eisley always brings back memories of 1977 and is generally a delight, no matter ho many times it’s done. The recreation in The Mandalorian evokes the original the strongest. Peli Motto tasks Mando with delivering the Frog Lady (yep, her official show name) and her eggs to Trask so that her hubby can fertilize them and prevent their kind from being wiped out.

Aside from the Cantina, the tie-fighters that show up and the giant arachnid that Mando battles / runs away from, there are no other major connections to Star Wars lore. Even the spider is a more distant nod as it’s supposedly the brainchild of concept artist Ralph McQuarrie and was intended to be used in the Dagobah sequences in The Empire Strikes Back. The episode also does nothing to advance the overarching plot in any way, except take Mando one step closer to finding others of his kind.

And yet, despite the loose connections, Reed’s direction and Favreau’s writing saves this from become a more generic quest of the week, the kind of episodes that filled in Season 1’s middle-act. Themes of parenthood run strong as parallels are drawn between Mando caring for The Child and Frog Lady hugging her children eggs. Even the spider attacks are suggested as being more of a response by The Child eating up one of the hatched eggs, much as he’s been gobbling up Frog Lady’s children. Unable to better distinguish between right and wrong, Baby Yoda gets a stern taste of his mischevious shenanigans when the spiders charge up towards them all. Too bad Mand ends up killing many of those in the ensuing escape, likely angering them further.

We also get a sense of Mando’s code of ethics as he’s just about given up fulfilling his mission, when Frog Lady takes control of a droid and speaks to him, reminding him of how Mandalorians are famed for not breaking their oath. I’m not sure if in that moment, Mando also wonders what The Child would think of him and grow up learning if he watches Mando just let this pass. Either ways, it charges Mando up to repair The Razorcrest and get them out of there after they crashed on the icy Dagobah-like planet.

The episode packs both spectacle and tense horror in droves. The entire sequence with the tie-fighters chasing Mando is flawlessly executed. Likewise, it’s eerie just how close the spiders get to Mando and team and how insurmountable their odds become, until they’re rescued by the deus-ex machina tie-fighters. Much like the premiere episodes, there’s no perceivable difference between the scale or quality of effects between the show and the movies and at this rate, Disney better just continue adapting Star Wars to TV instead of harboring film ambitions.

The aspect of the show that’s just not being utilized as well is its storytelling opportunities. The movies made my Lucas were generally dense in their storylines, narrative and world building. Here is enough time available to have the arcs proceed in great detail and build something of a completely original mythology around the show. But instead, Favreau and team are choosing to eschew that in favor of monster of the week episodes. Undoubtedly, the episodes are entertaining but one can’t help but tear their hairs at the missed opportunity this entails.

Regardless, I quite enjoyed watching The Passenger and found myself totally engrossed in and fearing for the lives of Mando, The Child and the Frog Lady as they were almost devoured by the spiders. For that level of immersion and adventure, I’m willing to return to The Mandalorian time and again.

The Mandalorian Season 2 Episode 2 Rating: 8 out of 10