Expositions abound as we learn about how mind connections work in The Peripheral’s third episode. 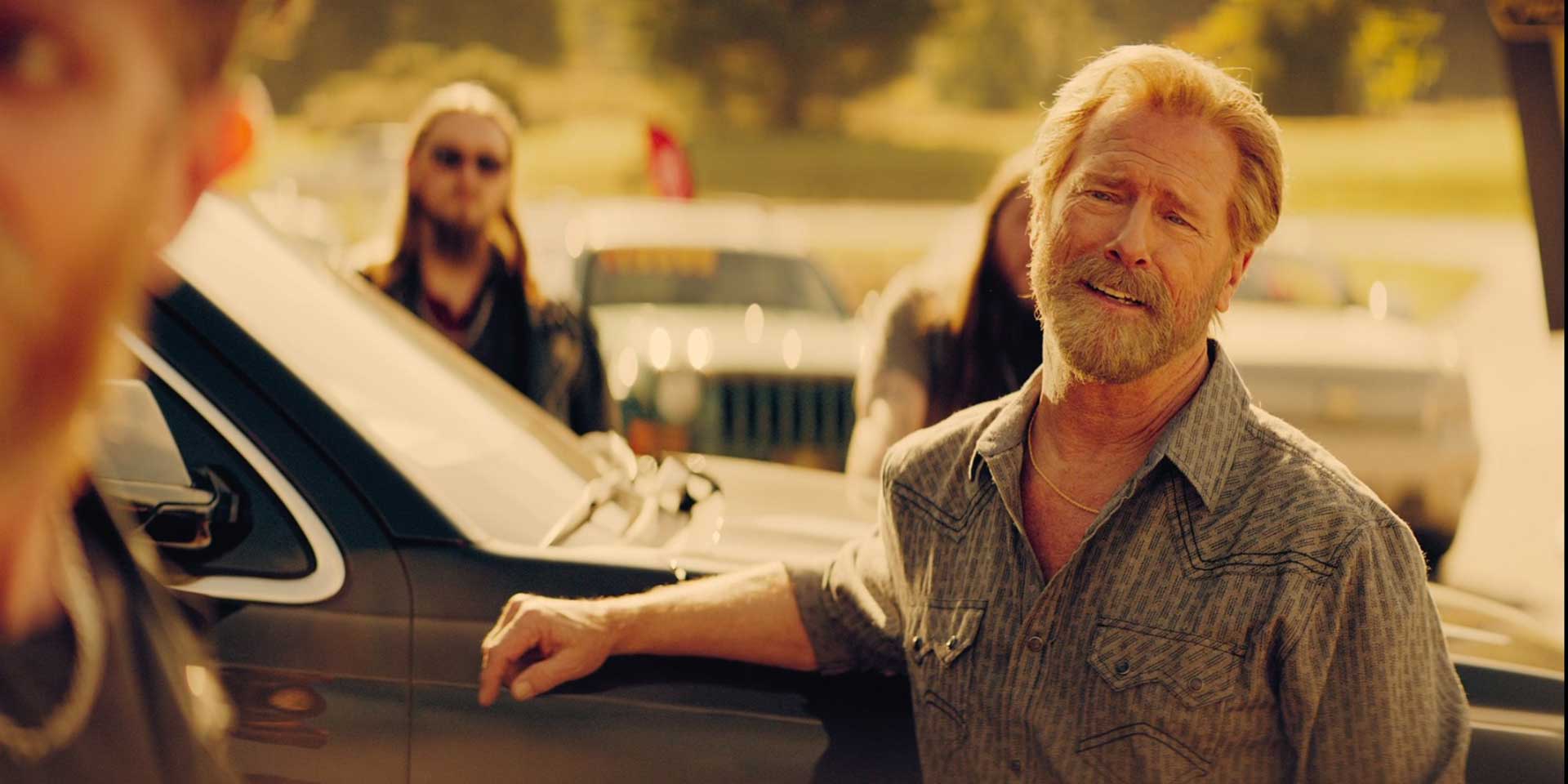 Episodes 1 & 2 tried to strike a balance between throwing in too much plot and advancing the narrative at a brisk pace versus trying to establish the central characters and draw out their personalities. Quite a contrast then that the third episode jumps straight into bouts of exposition meant to serve out plot details like a Wikipedia summary. It’s a bit conflicting in that while I certainly welcome the additional backstories laid out in a simple way as a non-reader trying to get a grip into this world, many of those bits play out rather artificially in an exceedingly cold manner, instead of naturally fitting into the show’s ongoing plotlines.

The biggest culprit is the subplot involving Wilf’s parentage. First off, it’s good that showrunner Scott B. Smith addresses the Wilf vs. Wolf confusion right off the bat: Wolfgang had his name change to Wilfred as that made his adoptive parents more comfortable. Through the same flashback sequence, we learn that he’s Aelita’s brother and Aelita has been gone for quite a while. The sequence serves to guide us on the history his family shares as an adult Wilf returns home to his now old mother to siphon out some details about Aelita’s whereabouts and only lands a clue to her location in return: where snow last fell. The ensuing conversation in which Wilf’s mother attempts to express some resentment at missing Aelita is comprised of a lengthy monologue that looks as though she’s reading out pages of a handbook. I’m unsure if it’s by design to portray the people as cold and bereft of needless emotion, but it lacks the natural, conversational nature you’d expect from a moment like that.

The Peripheral tries introducing us to new concepts each episode and this week’s emphasis is on mental connections. Both the Fisher siblings learn about it in their own worlds. Flynne is able to establish a mental link with Wilf’s mind using a nifty futuristic tech that evokes the unison of two minds in Pacific Rim. They both get a glimpse into each other’s views and experiences, again making it ripe for some complicated plot developments down the road. The tech bits of the sequence are handled exceptionally well, and it doesn’t stray too far from where technology could progress down the road. Yet again though, a lengthy piece of exposition ruins the scene when Wilf gets caught by a patrolling officer for bringing in a seemingly non-registered Peripheral and tries talking his way out of it. Gary Carr delivers dialogue after dialogue in his attempts to unnaturally justify Flynne’s presence in the area and while the detailing is appreciated, most of it falls falt.

Turns out though, this tech isn’t exclusive to the future. In “present” day society, Burton and his batch of veterans were outfitted with haptics that seamlessly connected all soldiers, allowing them to feel each other’s emotions. We don’t see this in action, but learn about it when Burton threatens Corbell Pickett who’s been paid handsomely to kill off the Fishers. Now that scene in particular is staged remarkably well, building up solid tension right until Burton signals his accomplice to smash an empty glass. This also helps explain why all his veterans are interested in helping Burton out – they feel his struggle, just as he would feel their trauma. It again opens up interesting questions, such as whether they could all feel Conner’s pain, assuming he too was outfitted with the tech. On his part, Conner only makes a passing appearance, but yet again reinforces his disdain for anyone pitying his situation, even encouraging jokes on his lone limb, which Burton delivers aplenty. Jack Reynor channels his inner rage and anger at becoming an unwanted target amazingly well and elevates the scene further with his targeted performance.

Corbell is starting to come out as a potential antagonistic foil to the Fisher’s as well, although I’d be far more interested in seeing Louis Hertham develop him as a more nuanced, conflicted person. The cold opening presents him as a cold-blooded killer who took out a gang of thugs by trapping them in cars he sold to them without firing a single bullet. He, however, seems to have grown into a swift businessman and there are hints that his transformation may happen when he’s not really sure he should go ahead with accepting the bounty and again later, when he decides to settle for the steady $200,000 a week pay, as opposed to pulling out the big guns. He displays an interest in maximizing his own gains as cleanly as possible and while book-readers may probably be laughing at some of my primitive speculations here, I’ll keep an eye out for what direction they take his character in.

Some more players start coming into the forefront of this entire game. Of particular note is T’Nia Miller’s cold-blooded Cherise, a ruthless rival capable of employing modern intimidation tactics to draw information out of Daniel. Her interrogation of Grace and the subsequent fate that befalls Grace is a chilling sequence to watch, even if the camera cuts away to strangely make it play out like a PG-13 death after building up the horror of her situation so effectively. She’s definitely not taking the betrayals lightly and it sets up a formidable threat in the future when she actually gets her hands on Aelita, Wilf or Flynne.

The Peripheral continues to excel in its amazing production values. 22nd century London pops up with a beige or creamy aesthetic with towering statues overpowering everyday cityscapes and citizens alike. The future is also battling a population collapse as referenced visually and through dialogue of the lack of people – interestingly enough, major reviews had labelled this precise criticism on executive producers on the future world in Jonathan Nolan and Lisa Joy’s Westworld‘s, suggesting that it may have been by design. Stuart Howell’s cinematography keeps most of the frames steady and aplty shifts between the wide shots and the closeups. I’m not too fond of Mark Korven’s score though as it appears to hover around Ramin Djawadi’s territory in an underwhelming sort of way; the intro score seems tepid as well.

Even though the overarching storyline progresses nicely, some narrative and directorial choices bog down what’s otherwise an exceptional concept on paper. The wonkyness is exacerbated by bouts of exposition delivered unnaturally, but the heady tech on display does add to some interesting visuals. I almost chuckled at a misunderstood Game of Thrones reference when Flynne and Wilf decipher Aelita’s last left clue. At this point, The Peripheral has signs of being a well-made science fiction show, with the “well-made” largely being attributed to its technical competencies instead of any innovative storytelling.