Logain makes an appearance but is he who he really claims to be. 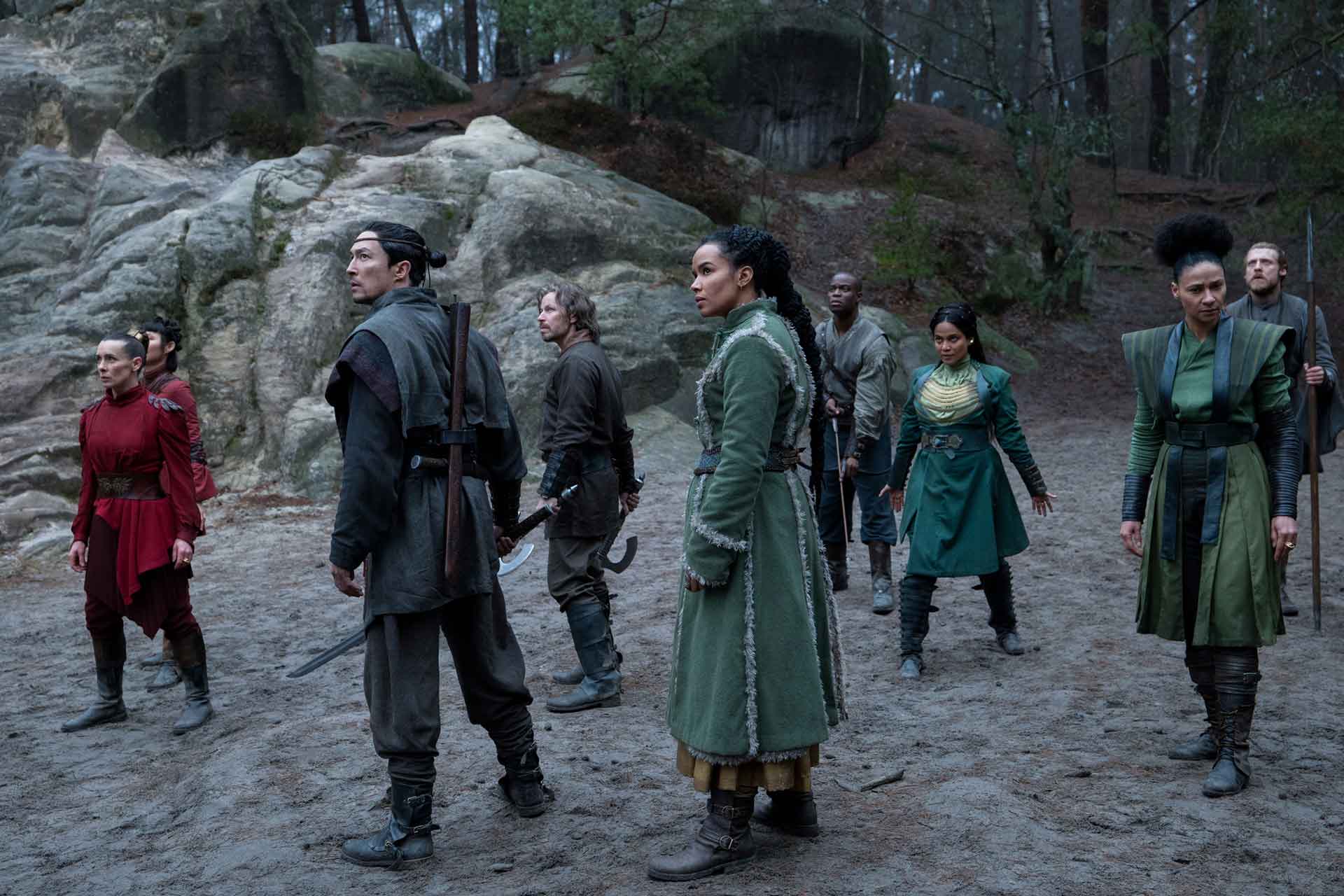 Looks like Amazon’s The Wheel of Time is one of those shows that gets increasingly better with every subsequent episode. And The Dragon Reborn might very well be the best one yet. With Moiraine already eyeing five potentials for the title, Logain Ablar appears on the scene, claiming himself to be the real dragon reborn. The fact that he’s already capable of channeling his magical abilities and so much in control of them puts him one step ahead compared to the rest. The question that everyone wrestles with of course is whether Logain is who he claims to be.

To make the answer less obvious for non-readers, director Wayne Kip and writer Dave Hill (making the jump from Game of Thrones) give Logain a small backstory by virtue of a prologue. We get a glimpse of Logain’s channeling capabilities as well as hints that the power is driving him insane, as all men capable of channeling are doomed to be. But we see a nobility in him as he implores the royal guards to side with him on his quest to return the world back to its pre-doom state of prosperity and end the war. That adds a nice dilemma for viewers who can now reason somewhat with Logain’s claims, a dilemma that sticks with the rest of the episode.

With the glorious prologue out of the way, most of the hour is spent keeping Logain imprisoned. In the process, we learn more and more about the world inhabited by our characters. Trapping Logain drains the Aes Sedai of a lot of energy and to get around this, they use their magic in pairs instead of alone. We also learn more about the colors of the Aes Sedai and what the red, green and blue signify. On the bylanes, we’re educated about the sanctity of the relationship between a Warden and his Sedai that goes beyond the relationships between parents and children or even between spouses. The world-building and its intricacies remain one of the most often praised aspects of The Wheel of Time and I’m glad that showrunner Rafe Judkins is taking his time with this instead of continually rushing through one action sequence after another.

While Logain channels his magic, Alvaro Morte does a terrific job channeling Logain with the limited dialog that he gets. Whenever he does get a chance to speak, he conveys the right balance of royalty and poise with a streak of madness that seeps through. Seeing as we’re supposed to believe he may be the one and yet, be driven insane by his powers, Morte confidently toes the line and balances between sanity and insanity. At once, he is noble enough that you’d be convinced to follow him while depicting a crazyness that would make you stay away and see through his ruse. Book fans can probably tell better as to how perfectly he was cast but he embodies the central deceit of Logain remarkable well.

The narrative structure continues to follow the outline that worked so well for Episode 3 – juggling between pairs of character interactions. At the camp where Logain is held, Nynaeve begins to warm up to Lan after a patchy start in the previous episode. It’s here that she comes to see Lan as more of a person, with his compassion for people and faith and a little bit of his virtuousness shining through. Nynaeve sees in Lan, a noble Warden whose best interests are fully aligned with Moiraine and who will go to great, unimaginable lengths to protect her. She also gets a closer look at the bond between them, understanding why he can never rest easy when Moiraine his hurt. It helps her see Lan as a human, which plays an important role in the episode’s climax.

Egwene and Perryn meanwhile continue on their road-trip with the Tinkers and Egwene has a heart-to-heart with Illa on their abstinence from violence. The story that Illa narrates, of their daughter who succumbed to violence and their realization that it never helps anyone, is perhaps one of the show’s most touching moments by far. In explaining the Way of the Leaf in resorting to non-violent means to continue their journey, Illa touches Egwene and it strikes a deep shadow on an already guilt-ridden Perryn for whom this very violence and rage cost him his wife. Maria Doyle Kennedy delivers a beautiful performance that makes you empathize with her and her unseen daughter despite barely having spent time with her. Some great directing by Kip and some lovely writing by Hill along with non-distracting cinematography and a moving score by Lorne Balfe.

As Egwene goes through her emotional journey, Mat and Rand carry on along with new stranger Thom and take refuge in a barn. Again, Mat’s affinity and care for his little sisters is reinforced when he warms up to the little girl in the barn who offers him a (rather eerie-looking I’d say) doll. In yet another horrific sequence that we don’t fully get the time to grasp, Mat goes into a mad shock and wakes up to everyone slaughtered around off-screen, including this little girl, just as Thom narrates to Rand about his nephew who was driven mad on account of channeling abilities that he developed. It could have been the act of the Fade who makes an appearance but the fact that we don’t see it explicitly is meant to make us believe Mat could have been consumed by madness, gone on a rage-spree and killed all of them. The trio flee in haste but yet again, The Wheel of Time fails to capitalize on some well-written stuff by having them scurry from the site quickly, rather than letting Mat linger on and stare in confusion at the horror of what just occurred. It makes me wonder if all five potentials are going to be haunted at some point by ghosts of their pasts, by the lives they feel guilty and responsible for taking along the way, and only the one who’s able to conquer their fears and rise through the challenge will be heralded as the Dragon Reborn.

It all builds conclusively to an epic showdown between the Aes Sedai and Logain as the latter’s warriors come to his rescue, charging in armies. A few twists follow and the ending really leaves you gasping as Nynaeve is finally able to channel her inner abilities and knock everyone out. In a conversation during the episode, it was hinted that the real Dragon Reborn would hold so much power that they’d be able to easily knock out and gentle Logain single-handedly. Of course, the episode leaves us wondering as to whether we’ve finally found our messaih or is this yet another red herring to hold us for a season or two until the real crusader is revealed. Either ways, the build-up to the ensuing conflict and the resulting resolution paid off extremely well given we’re just four episodes in. I can only imagine what the climactic epic confrontation would be if the show continues its 8 or 10 season run.

The Wheel of Time thickens its plot and gets more enjoyable, dark, emotional and epic as the episodes progress. This has been a continuous streak of improvement and my gut tells me it’s going to take some time for an episode to match the level of this one. Suffice to say, if the series can maintain this quality of storytelling, iron out the kinks in its pacing, and settle in on a nice rhythm that doesn’t rely on the need to shoehorn too much action, we could have a great fantasy epic on our hands.