Westworld gets off to a slow start while laying some breadcrumbs for future episodes. 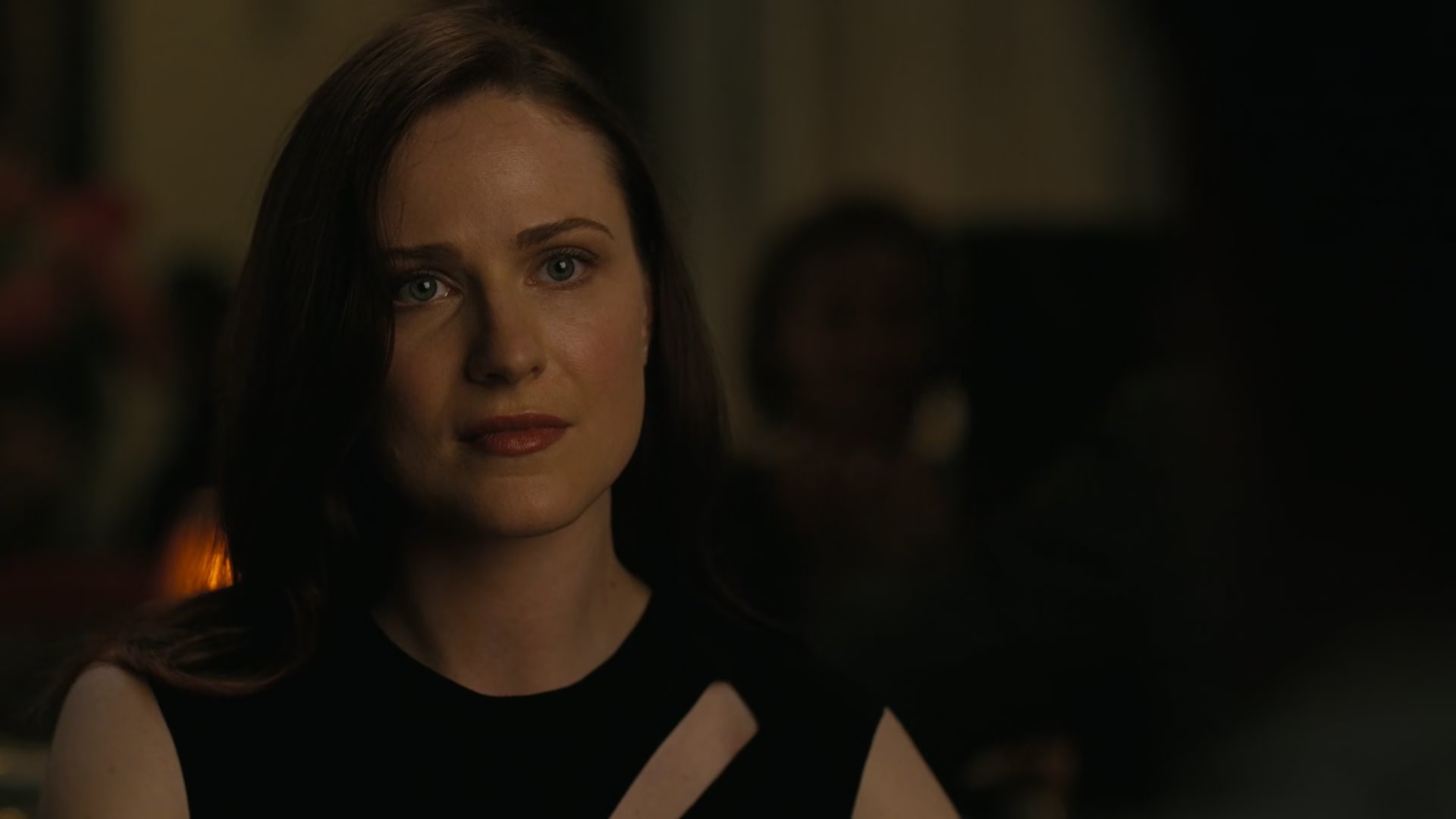 With its first season, Westworld solidified its reputation of an intellectual, twisted, mind-bending puzzle, a tag it carried into its second season to mixed results. This badge of honor also bogged th show down as many viewers found plotlines to be needlessly convoluted, and saw it as the showrunners’ attempts at trying hard to outsmart viewers simply to keep them from guessing the final outcome. With Season 3, the the series eschewed its confusing, non-linear structure for a more straightforward approach to storytelling, while still unravelign a few misdirects to keep eagle-eyed viewers satisfied. In the process, it became an entirely different show compared to what it started out as.

It seems that fairly linear structure is here to stay. Season 4 premieres to perhaps what is possibly the most tepid start to the entire series. The third season ended with the world in disarray after Rehobaum’s collapse. The AI system built by Serac was keeping people in check to engineer outcomes that would prevent society’s collapse when in reality, it was simply delaying the inevitable. As Rehobaum ended and many people learned they stood no chance against a rigged game, riots broke out and Season 3 closdd with the promise of an all out war, a revolution to overthrow hosts and reclaim authority. The hope then, was that Season 4 would place us at the center of that conflict.

The Auguries slashes any such hopes with its premiere taking us 7 years into the future. The entire war with the hosts has occurred off-screen, and we’re only privy to certain outcomes that resulted, such as robots no longer having as big a presence as they did before. Most of the episode then becomes a way to catch-up with our leads. Aaron Paul’s Caleb continues living a life as a construction worker, but without his robo-buddy around. Back home, he’s married and has a daughter who oddly resembles Maeve’s daughter from the Westworld theme park. We see the effects that the war had on Caleb; he develops PTSD and is inadvertently passing it on to his daughter who is growing up shooting fake bullets on tin cans and sleeps with her plastic gun under her pillow.

Meanwhile, Maeve is being hunted by a slew of hosts and tries to figure out who sent them. She captures one of them and peeks into his “brain”, seeing the host’s memories from his perspective, until she discovers that William sent her. She then recruits Caleb in her cause as she intends to hunt down the man responsible. William meanwhile, as we learned in the post-credits sequence of Season 3, has been replaced by an equally bad-ass host who takes control of the Hoover dam by unleashing flies who are able to convince the cartel lord to hand it over. That sequence makes up Season 3’s cold open and has interesting ramifications for what lies ahead.

The new player in town is Dolo … I mean, Christina. Evan Rachel Wood is back, supposedly playing a different character, Christina is a writer of video game stories for NPCs – those background, non-playable characters that you often stumble across in a game and go about their business while you largely control the lead. She finds herself stuck in a life as ordinary as the life of an NPC, with work consuming the bulk of it. Her roommate Maya, played by Academy Award Winner Ariana DeBose, coaxes her into trying out a dating program to find the man of her dreams. The only unusual event in her life is a man stalking her and blaming her for “ruining his life” by writing a bad story for her. At this point, it doesn’t connect but there are clear clues to where it could be headed.

Writers Jonathan Nolan and Lisa Joy have always imbued Westworld with thematic depth and an intriguing structure. And while the show has been structurally “dumbed down” a lot to cater to a mass audience, it still presents fascinating ideas that are worth discussing in their own right. One such key idea is the relationship between hosts and humans that takes a whole new turn, if what the cold open suggests is what it’s leading to. That the hosts could now be capable of making flies that could sit inside a human and whisper into them to make them do their bidding brings the relationship full circle: hosts can now command humans to do things or “go offline” instead of vice-versa. The newly designed intro symbolizes that, by showing the creation of flies.

The premiere also wrestles with the conflict of free-will vs. determinism. Caleb was marked by Rehobaum as not suitable for reproduction. And his unchecked trauma is probably not resulting in him parenting his child the best way possible. Was then, Rehobaum right in its assessment of Caleb? As his buddy points out, did it tell people what they could become, or what they already were? Peter Myers, the stranger stalking Christina, is angry at his life turning out the way it is because Christina programmed it to have a sad story / ending. Myers seemingly has no choice but to continue on the path that is destined for him. But as humans, are our destinies pre-written, or do we make them up as we go along? It’s not the first time showrunners Nolan and Joy have raised this question and with this season subtitled Choice, it certain won’t be the last.

Christina’s resemblance to Dolores is no passing coincidence. Theories are already running wild that she’s Dolores reprogrammed into a different space. There’s something about the structure of Christina’s day and Evan Rachel Wood’s performance that lays subtle hints that she’s a possible host inhabiting a virtual Metaverse-esque VR world akin to the sublime, and the real world is in apocalyptic shreds, where Bernard sits, covered in dust. Or, the hosts already took over and turned Manhattan into a version of Futureworld, yet again bringing their relationship with humans full-circle by now taking a real location that humans lived in and turning it into a park of their own. There are extremely brief flashes to Maeve and Caleb actually fighting the war; we do see a fatally wounded Caleb, which further sparks doubt on whether he even made it out of that war.

Westworld has also excelled in delivering an excellent production design that provides a glimpse into where the future could be headed, without going overboard in its vision. In that respect, Season 4 builds nicely upon the world introduced in Season 3. Transparent screens abound, windows support digital screensavers, beds can collapse into full-blown wardrobe mirrors and phones are astonishingly thin. Christina’s use of a futuristic Dall-E like AI to generate 3D visual illustrations of her words in real-time is a nice touch. The whole zen-like, clean aesthetic with flat monochrome tones is omnipresent, and it bleeds into almost every aspect of the real world, showcasing an increasing tendency towards the hosts’ precision and architecture.

The premiere doesn’t do much with its ideas yet. The focus this time, is not to stop and dwell over things, but to quickly move from point A to point B, a structure that has been the staple of average sci-fi fare. But Westworld is known to hold its cards close to its chest so I’m expecting at least some headscratching revelations in the next few episodes. There’s a wealth of possibilities to explore, and I hope the hosts vs. humans conflict rears its head in some meaningful form. The role of robots and AI in this world is still up for debate. Take Caleb’s robo-buddy for example. Sure, its absence won’t deny him of his overtime but who’s going to assist Caleb in the more dangerous tasks now?

On the whole, Westworld Season 4 opens to an ordinary start. It remains an extremely well-produced show with a weak script that just doesn’t provide enough intrigue to keep the curiosity rolling. But underneath even that “simple” plot machinations, Westworld has fleshed out the world a bit in more organic ways and laid out the seeds of some potentially twisty revelations down the road. I’m looking forward to seeing which of the theories end up panning out.