The chosen ones depart with Moiraine through forests and a dangerous city as The Wheel of Time gets slightly better. 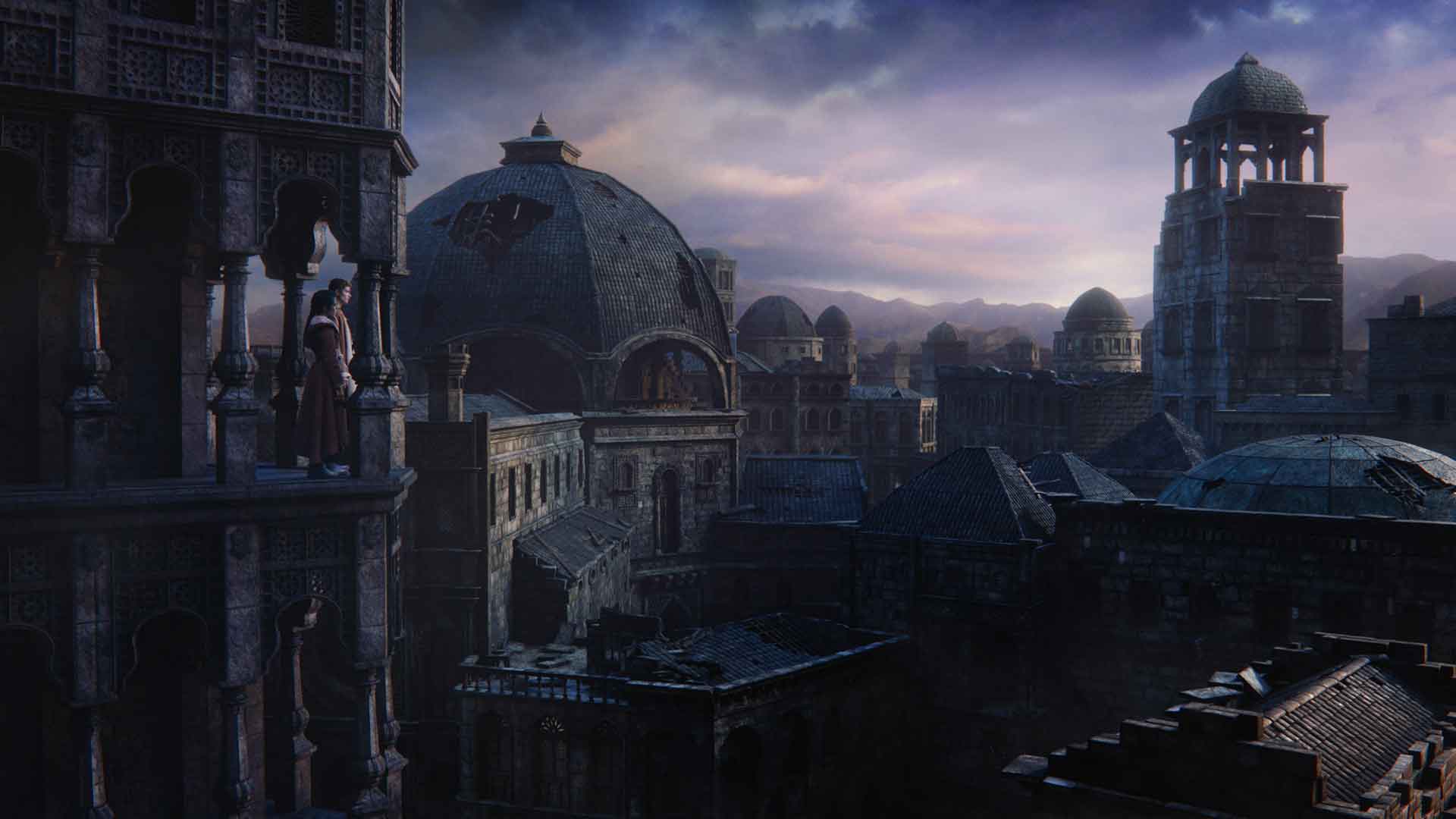 The Wheel of Time is a hugely anticipated show no doubt. Everyone from fans, newbies and studio executives are looking forward to how this will turn out for their own reasons. Fans want a true-to-the-book adaptation that’s nothing less than exceptional in the quality of storytelling and the scope of effects. Newbies are looking for a fun, entertaining show to watch and return to every year. And Amazon is hoping that this will do to their streaming platform what Game of Thrones did to HBO. Amid all this frenzy though, showrunner Rafe Judkins and his team of writers and directors are feeling the pressure of trying to ensure they get this right.

One of the lingering criticisms of the first episode was that it crammed too much, resulting in an abrupt pacing that switched from moments of solitude to action-adventure mode too quickly. Some behind-the-scenes digging makes this a bit more clear: apparently the original plan was for Season 1 to have 10 episodes, with Rafe even requesting for a 2 hour pilot. Instead, we got 8 episodes of an hour each. That likely explains why some of the initial episodes may have wonky pacing. While the second episode carries over some of those issues, it definitely gets better as it nears its end.

We pick up right after Moiraine takes the four potentials with her. They navigate dangerous forests and have to fend off another pack of Trollocs. The Trollocs are painted as relentless in their pursuit of the Dragon Reborn, as though that were the sole reason for their existence. They also retain an element of fear like their human counterparts, as is evident in their fear of water and refusal to enter Shadar Logoth. In that choice, the Trollocs actually appear smarter than their human prey. We also encounter a mysterious creature dubbed the Fade who leads the pack of Trollocs; it was spotted in Episode 1 as well for a brief moment.

There’s a good bit of exposition here involved about the city of Maranthen with Moiraine delivering a lengthy piece of history detailing how the city fell to the Trolloc wars due to lack of help and how, the queen, on losing her king, was driven to rage and channeled so much energy to trigger a massive attack wave that it killed her. It’s important background information but also serves to educate us about the limits of the Aes Sedai’s powers: using them excessively hurts, which could play nicely into limiting Moiraine’s abilities in key battle sequences. We see Moiraine a lot more vulnerable in the second episode itself: her wounds haven’t healed as Aes Sedai can’t heal themselves, her energy is depleted and she expresses a tremendous fear of the Children of the Light who are out there for the likes of her.

Speaking of which, this is a new cult we’re introduced to. Garbed in pristine white cloaks, the Children of the Light hunt down Aes Sedai who they believe are witches who gain their power as a result of siding with the Dark One. It’s more nuanced than I’m making it sound but essentially, a brainwashed belief system that’s left unchecked for over 1000 years has led their ideology to spiral dangerously out of control. The cold open where Abdul Salis burns down a Sedai over a pyre is chilling to watch. Essentially, these Whitecloaks (referred to as such due to their always spotless-white attire) are the Ku Klux Klan of Robert Jordan’s fantasy series, with a hatred for the Sedai instead. Their appearance and interactions with Pike’s Moiraine were far more frightening and tensed than any chases with the Trollocs could be.

Ultimately, humans are their own worst enemy, as we learn in the fascinating, deserted city of Shador Logoth. Exposition driven history lessons inform us how the people of this city isolated themselves from the rest of the world and became their own undoing. A mysterious shadow lurks around the city at night and devours everything in its path, leading everyone to escape quickly. I’m not sure if it was Mat unlocking the dagger that unleashed this onto everyone or if it shows up at night anyway.

Lorne Balfe’s score continues to be the most fascinating technical piece for me in the story. It’s a shame director Uta Briesewitz is unable to let enough of the score play without it being punctuated by dialogue or action beats but I think I’m going to be listening to the whole soundtrack once I’m caught up with all episodes. Cinematography continues to evoke the sense of grandeur and epicness that fans expect from the series; the views of Aspen Forest were a sight to behold. The broad shots definitely help sell the vastness of the world inhabited by these characters and Uta avoids being too indulgent by not using these shots more frequently. One shot in Shadar Logoth in particular with Egwene and Rand standing atop a tower is breathtaking and looks straight out of some gorgeous concept art.

The characters are slowly beginning to come out of their shells but it’ll be quite a while before we feel stronger connections with them. Right now, the narrative is more focused towards drawing us in on this journey and educating us on the world’s rich history and locations, instead of giving time to the intimate moments. Even so, Madeleine Madden continues to be the show’s highlight for me as Egwene while Barney Harris does the most convincing job in selling us on his character Mat. Rosamund Pike is of course, the most seasoned star around and continues to captivate wtih her performance and conviction in the story. I’m waiting for the rest to deliver standout moments; even Rand’s outburst didn’t do it for me.

Two episodes in, I think it’s beneficial to reorient my thoughts about the show’s genre. Instead of looking for a deep, political, character-driven drama like Game of Thrones that had additional fantasy elements tacked on, The Wheel of Time looks more of an epic, action-adventure, plot driven story with rich world-building fleshed out that has added character elements tacked on. In that sense, it sits somewhere between Martin’s drama and Tolkein’s Lord of the Rings sweeping epic. By those standards, The Wheel of Time is chugging along just fine. The real question is whether that’s the kind of show the books represent and the kind of show fans would want it to be. That’s a question only fans can answer.

For me, I’m enjoying the ride enough to want to continue this. It’s not groundbreaking stuff by any means but it’s a decent show with terrific visuals, a great score, and a storyline that should at least leave fans satisfied, if not elated.