The Wheel Of Time slows down to allow its characters room to breathe and grow. And the show is only better for it. 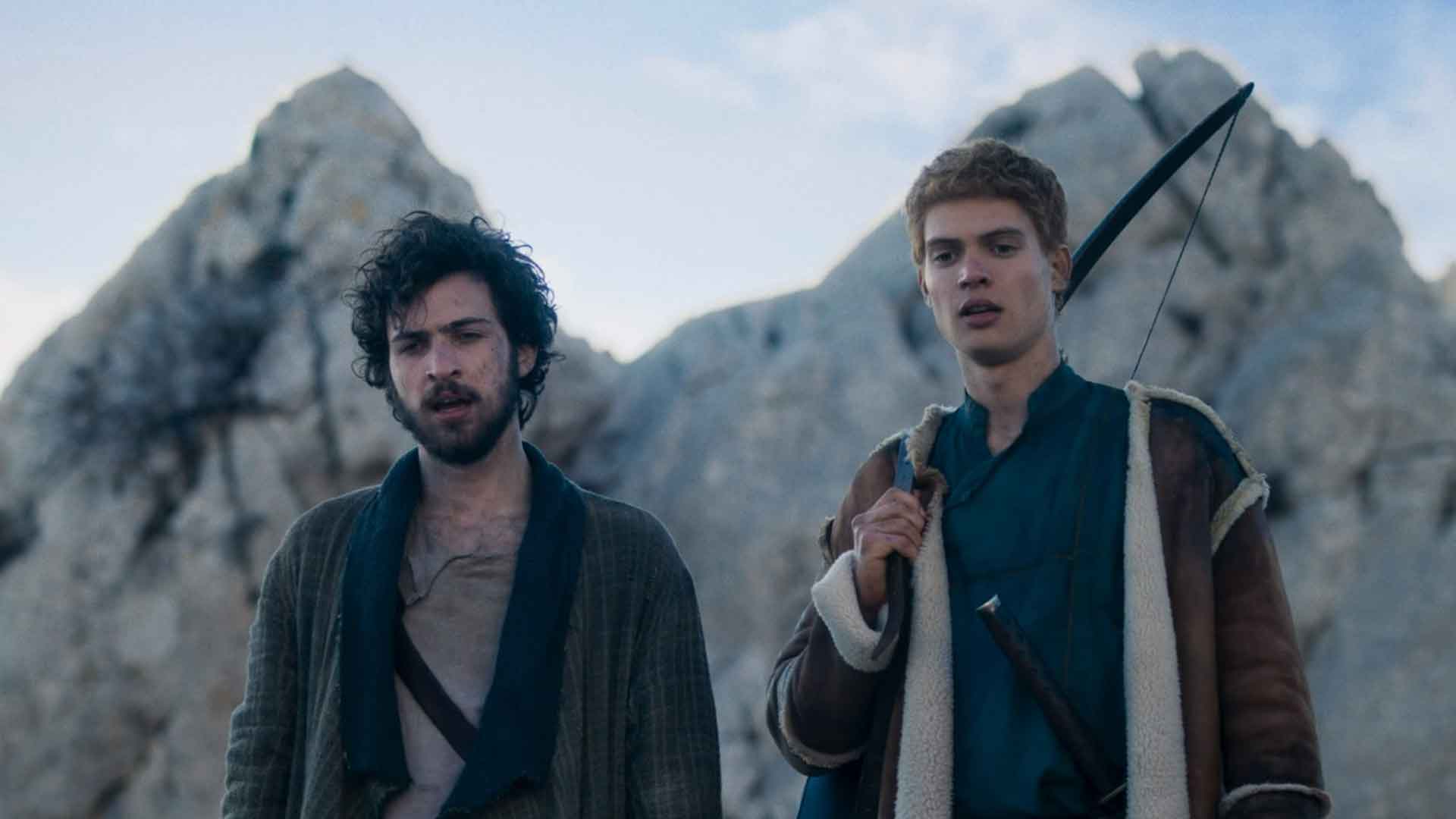 After two episodes of running around, switfly moving from one place to another in their bid to get to the White Tower as quickly as possible, The Wheel of Time finally takes things slow. As a consequence of the previous episode’s climax, Episode 3 sees the ensemble cast trope come into play as the writers split the core group into three. The focus also shifts from adventure to drama as characters interacting and sharing smaller tales replace the big set-pieces and epic battles that were forcefully being thrust without any build-up. The end result is an episode that’s a remarkable improvement over the first two and is starting to look more like the kind of show The Wheel of Time should be throughout its run.

We see characters divided into three groups. The first of these is Moiraine with her warden Lan as Nynaeve shows up, having been successful in escaping the Trollocs and tracking down Lan. Nynaeve’s skirmish with the Trolloc is tense and forms the show’s cold open as we’re witness to yet another facet to those creatures. Despite their smarts, the Trollocs carry their primitive, cannibalistic instincts as is evident when the Trolloc that abducted Nynaeve appears to be tending to its wounding comrade before tearing out and eating its intestines apart. I liked how the director-writer team of Wayne Kip and The Clarkson Twins respectively made it appear as though it’s about to tend to the other Trolloc’s wounds, before proceeding to rip it apart, much to her and our shock and disgust. It also helps further reinforce the threat that these creatures represent.

Lan is put in a bit of a soup seeing as his decision to lead everyone to Shadar Logoth is what led to everyone’s separation. For Nynaeve, healing a wounded Aes Sedai is a difficult decision seeing the distrust and derision she shares for them after what they did to her parents. Yet, she channels her inner goodness and gets to the task of tending to Moiraine, not that some threatening from Lan persuades her. This in turn allows her to interact with Lan and perhaps some part of her begins to realize that there’s something likeable about him as a person as well.

Perrin and Egwene spend most of their time escaping the wolves after them through the Caralian emptyness. Perrin’s trauma continues to play on him after he accidentally ended up killing his own wife, an event he’s shared with no one which continues to rack up his tremendous guilt. The move was controversial and widely criticized among fandom who didn’t really feel it had to be his wife. Regardless, what’s done is done and we should be seeing a lot more of Perrin wrestling through the guilt of letting his rage take over. You can see he’s extra sensitive and protective of Egwene and tends to her like an elder brother. Ensuring he doesn’t channel his inner rage in another fight and cause more harm will form the bulk of his arc for Season 1 and I’m more than willing to see a lot more of it.

Mat and Rand end up with the most captivating subplot that also sees the introduction of two, new fascinating characters in the Inn that they end up visiting. There’s Dana, the “inn-tender” if you will (for lack of a better word) who runs the inn, provides drinks and is sharp and confident but yearns to experience life out there as an unknown. The idea of starting over as someone new where nobody knows her past, allowing her to shape and project herself as whoever she wishes to be is an incredibly powerful one, which leads her to be excited about Rand’s situation. Rand brushes off her advances even as Mat tries to score something with her before being engaged with the other character that’s introduced in this sequence.

That’s gleeman Thom Merrilin, an entertainer who sings folk songs and wanders from town to town, surviving on tips and the occassional odd jobs. He looks like he walked out of a western and is adept at outsmarting both Rand and Mat. Despite that, he appears to take a liking towards the duo and comes across as affable in general. It’s a hard act to pull off, wanting to root for a man who just pickpocketed our leads but Alexandre Willaume pulls it off with incredible finesse. Spoiler alert, it’s a shame then that this ends up being Dana’s last apperance, Izuke Hoyle really delivered a spunky portrayal and I would’ve loved seeing more of her.

Mat is in general tired of all the running around and he wants nothing more than to get back to his family, more so his sisters. He especially fears for them seeing what kind of parents he has and doesn’t necessarily buy into the “Dragon Reborn” stuff. Rand though, has come around at a fascinating pace, after lashing out in the previous episode; he’s now the one nudging both of them to move towards their destination. That’s a bit of a flip-flop seeing as it was Mat nudging Rand to carry on with their mission but looks like this new dynamic is what’s here to stick.

The three storylines were effectively balanced as director Wayne Kip juggled effortlessly between them. It helped that the episode didn’t have the burden of carrying any action sequences; it was actually a better episode for that sole aspect. We get to spend time with these people and their interactions with each other coupled with the performances of the cast help us get acclimatized with them. This in turn helps raise the stakes a lot more than thrusting a random Trolloc attack. I for one would vouch for the show more often if this is the tone it took in the future episodes. Sure, give us some action every now and then but don’t shove it in our face this often that the effects lose their appeal.

I also missed talking about the intro in my previous review. It’s definitely quite modern and looks like it’ll hold up well enough to last as many seasons as the show continues to run. It’s smoothly done, highlighting the “fabric of time” and threads that’s a key theme and visual element through the show, seen when anyone channels the One Power. Lorne Balfe’s score is already something I’ve become a fan of; I just can’t get enough of the recurring Wheel of Time theme that’s often seen playing with the “Previously On” segments as well as parts of the show that build up to a crescendo. The chants that creep up from the background are hauntingly beautiful.

The episode ends rather excitingly as Logain Ablar makes his debut as another player in the mix, someone claiming to be the Dragon Reborn. Despite my unfamiliarity with the books, this is something I’m really excited to see play out. Logain is likely a major player and it will be interesting to see how his presence challenges and threatens the actual Dragon Reborn’s position in the eyes of the Aes Sedai. This has definitely been a step up compared to previous episodes and has me more excited to jump into the next one.