No other show on TV right now is the subject of as many fan theories, speculation and eager anticipation as HBO’s Game of Thrones. The show marches ahead, undeterred by leaks and the HBO hack that threatened to ruin the fun and has managed to garner some of the strongest viewership numbers in its entire run this season with this week’s episode drawing in a cool 10.23 million viewers. Naturally since there are only 13 episodes left now, the stakes are getting increasingly higher with every subsequent episode, which is also why plot theories are spiraling out and revealing themselves much faster than before.

This week’s character heavy episode Eastwatch saw a handful of revelations of its own. And while we generally don’t devote dedicated pieces to speculations, preferring to absorb them here and there instead, Eastwatch’s reveals seem far too important to warrant something in its own right. Without further due then, here are the most important revelations and theories from the episode you might have missed. 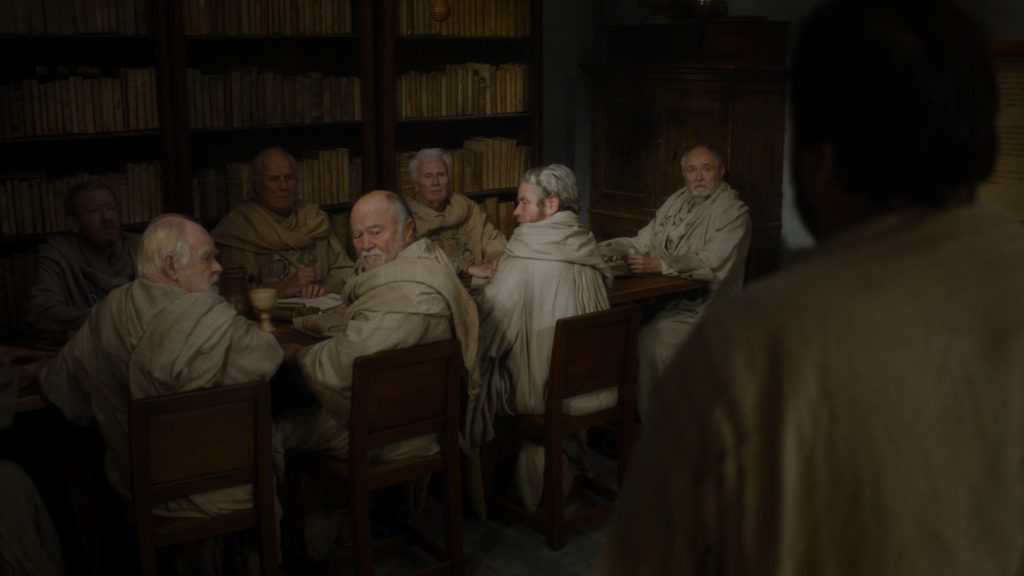 When the Maesters receive word from Bran Stark about the Night King’s army approaching the Wall, they dismiss it as being a possible ploy concocted by Daenerys to send off all forces in Kings Landing to the defense of the Wall in hopes of conquering the Iron Throne. In the ensuing discussion, the Maesters laugh at some of the older fables that had similar sprinklings of magic and sorcery over them. One of those is the false prophecy of a certain Prophet Lodos who had prophesized that Aegon the Conqueror will be slayed by the Drowned God who would rise up for this purpose.

Now to fill in on some backstory, in the books, Prophet Lodos actually did come face to face with Aegon and, in an attempt to gain the upper hand in their skirmish, tried to summon his krakens from the sea with the hope that they would rise up and sink Aegon’s fleet of ships. When the krakens didn’t rise however, Lodos took his followers took to the sea in hopes of joining their Drowned God. All but Lodos died with the prophet himself missing for several years, after which a reborn Lodos surfaced.

Given that the prophecy did not come true at that time, could it be a foreshadowing of future events? Of course with so many characters now, this can be interpreted in more than one ways. While Aegon is not in the scene right now, could this prophecy be metaphorically referring to someone as strong and mad as Aegon with a huge fleet of ships that will be taken down by a Drowned God? Could Euron be the new-age Aegon? Or, in another interpretation that we laid forth in our review, what if Aegon has actually been present all this while as the Night King and a “drowned God” who “rose up” from the ashes or death will be his undoing? This could then be merely another way of saying Jon will take down the Night King. 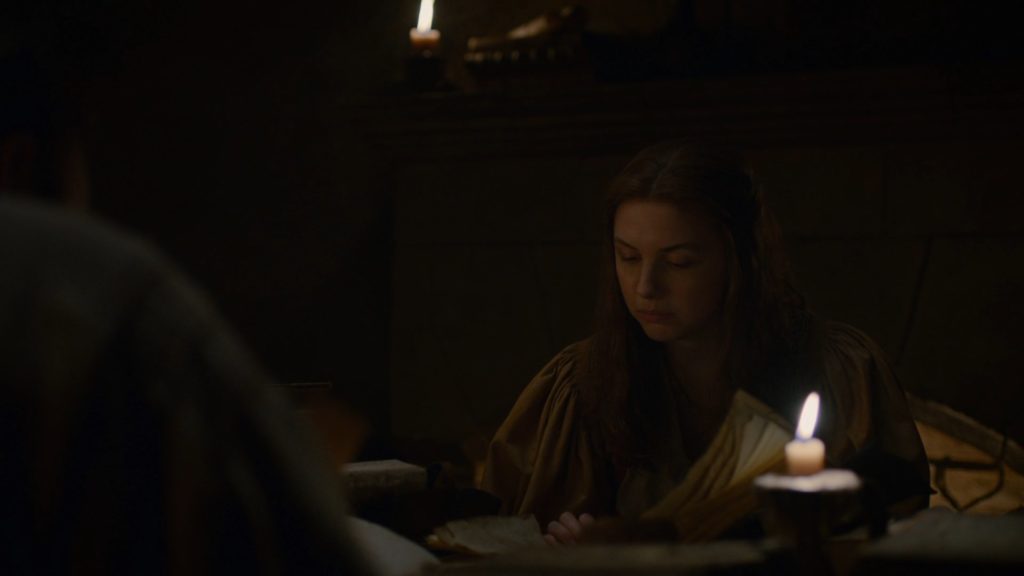 One of the lesser mysterious reveals in the show was about Rhaegar Targeryn and concerned Jon Snow’s parentage. Like the previous one, it again occurred in The Citadel with the participants being oblivious to the information uncovered.

While casually reading a passage from one of the Citadel books, Gilly discovers that a certain Rhaegar (which she mispronounces as Ragger) had his marriage annulled only to have been married in secret to another girl. This definitely hints at his marriage to Lyanna Stark being potentially legal when they birthed Jon, in which case Jon could’ve lived his entire life believing the lie that he’s a bastard when in reality, he’s actually a true-born Targeryn who also has some Stark blood in him.

In another scene in the same episode, we see Drogon warming up to Jon and allowing him to caress him. Jon is now the only other person apart from Daenerys who has been able to come this close to a Dragon without suffering any form of harm (no, we’re not counting Jaime) and the fact that dragons only warm up to Targeryns means the disparate pieces to Jon’s parentage could be put together sooner than we expect.

The Army of the Undead

The episode’s climax sees the gang of seven headed straight towards the threat themselves in hopes of capturing a Wight Walker alive and bringing it back to Kings Landing to broker peace. The plan seems downright ridiculous if they’re hoping to make it out all alive. And with the episode titled Death is the Enemy, it’s all but certain now that we’re going to see some slain warriors and touching farewells in the next episode. However, who could possibly die?

This is where the tender moment between Jorah and Daenerys comes to the forefront. There seems to be a strong chance that Jorah could end up dead. And should he be killed off, he most certainly won’t be the only one. What’s interesting here though is the possibility of Jorah somehow being able to play a role even after his death.

Since the men are all headed with the intent of bringing a Walker back, could it be that this Walker turns out to be one of their own? How poignant a moment would it be when Daenerys realizes that Jorah is the one that Jon and others have brought back as the Wight Walker who would prove the existence of the Walker threat? The amount of emotions that would be running through in that face-to-face makes this a very tantalizing prospect and one the showrunners would certainly not want to deny considering outright. 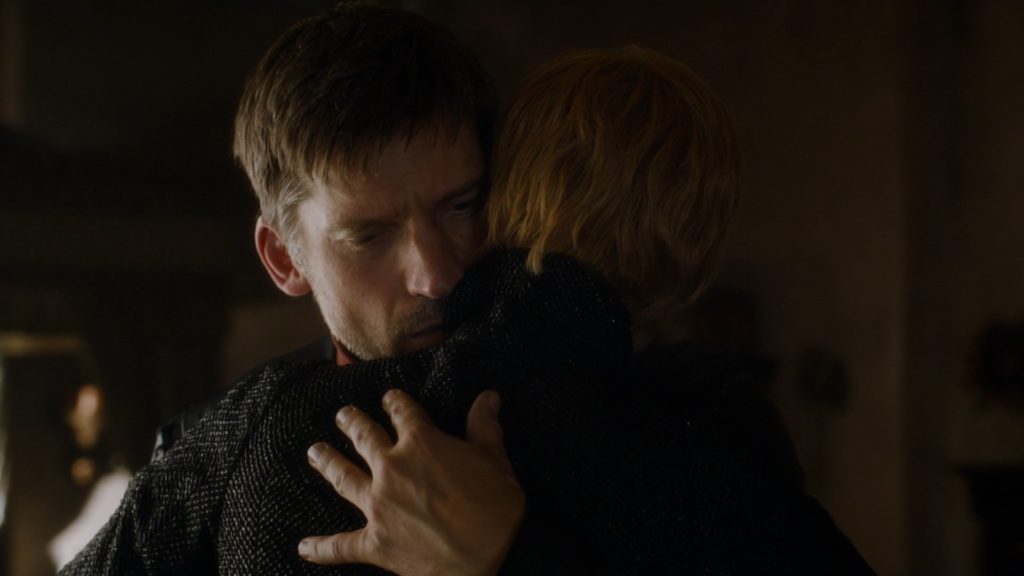 When Cersei informed Jaime of her pregnancy and when Jaime hugged her, she whispers something to him that unsettled Jaime a bit: “Never betray me again”. As it turns out, Cersei was aware that Jaime secretly met Tyrion without informing her which she let him know quite clearly at the beginning of their conversation. This though implies she wasn’t entirely pleased with his decision. The subsequent look on Jaime’s face is a strong hint that we could see this come back to haunt the two later on.

Will Jaime truly realize the unstoppable nature of Cersei and, at a stage when she’s doing more harm to the populace of King’s Landing than good, “betray” her as he betrayed the King he served? Could this foreshadow a situation where Jaime has to kill Cersei to stop her madness from ending? While it may be a bit far-fetched to read this much from a single reaction, those subtle bits are what theories are made of after all.

A lot happened in Eastwatch which positioned things nicely for the final two episodes of this Season. Read our complete review here and stay tuned to Appocalypse for the latest in Game of Thrones news. Do let us know in the comments if you spotted some theories of your own for there will certainly be some more.