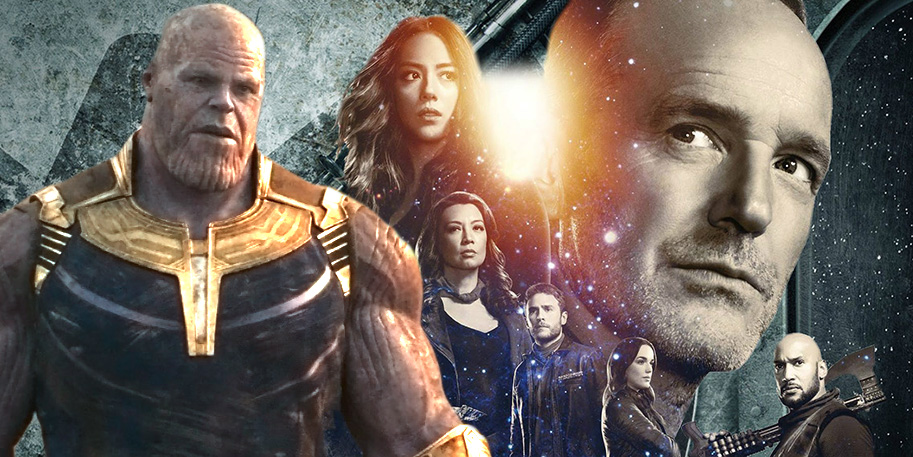 Ever since Avengers: Infinity War dropped that bombshell of an ending, fans following the MCU closely have been wondering how the TV Shows will handle the event. And the show fans have most expectations from is Agents of S.H.I.E.L.D. whose events generally occur concurrent with the MCU movies. The show’s 20th episode has namedropped Thanos explicitly and given a big hint as to how its events will tie-in with those of Infinity War. The paragraphs below contain spoilers for Agents of S.H.I.E.L.D. so those of you who haven’t seen the most recent episode, kindly turn back.

In Episode 20, titled The One Who Will Save Us All, we see how Glenn Talbot has consumed all the Gravitonium available with S.H.I.E.L.D., essentially transforming into the super-powered Graviton. Everyone from S.H.I.E.L.D. to HYDRA is trying their best to prevent an imminent threat from cracking the earth up. It’s then revealed that the reason all of them are worried about a catastrophic event to follow involves earth’s invasion by Thanos and his unstoppable army. Talbot, overconfident that he’s become unstoppable himself due to the Gravitonium, believes he can stop Thanos if he’s handed over more of the rare mineral.

This is of course not the first time the show has referenced the movies. In last week’s episode, there was a casual mention about the events happening in New York. The show has gone deeper though, especially with Captain America: The Winter Soldier where it was revealed that S.H.I.E.L.D. is essentially infiltrated by HYDRA. That movie had the most severe ramifications and consequences for the show and ended up changing it’s modus operandi for good. It also tied in with next year’s Avengers: Age of Ultron when Maria Hill made an appearance on the show and the show’s agents ended up helping Fury with a Helicarrier which he apparently brought out of nowhere at the end of the movie.

Since the show has clearly referenced Infinity War now, it appears an ending with some people disintegrating is all but evident. It’ll be really interesting to witness how the next two episodes of Agents of S.H.I.E.L.D. play out and where they leave the show. There have been whispers that this could be the show’s final season, in which case they won’t have to worry about tying any loose ends once the events of next year’s Avengers 4 further tamper with the MCU’s status quo. And it was great to see Graviton in his full form, even though it may have come across as a bit over-the-top at times.