Marvel’s longest running TV Show is back after a year-long hiatus.

Agents Of S.H.I.E.L.D.Marvel Cinematic UniverseMovies
By Divij Sonak On May 11, 2019 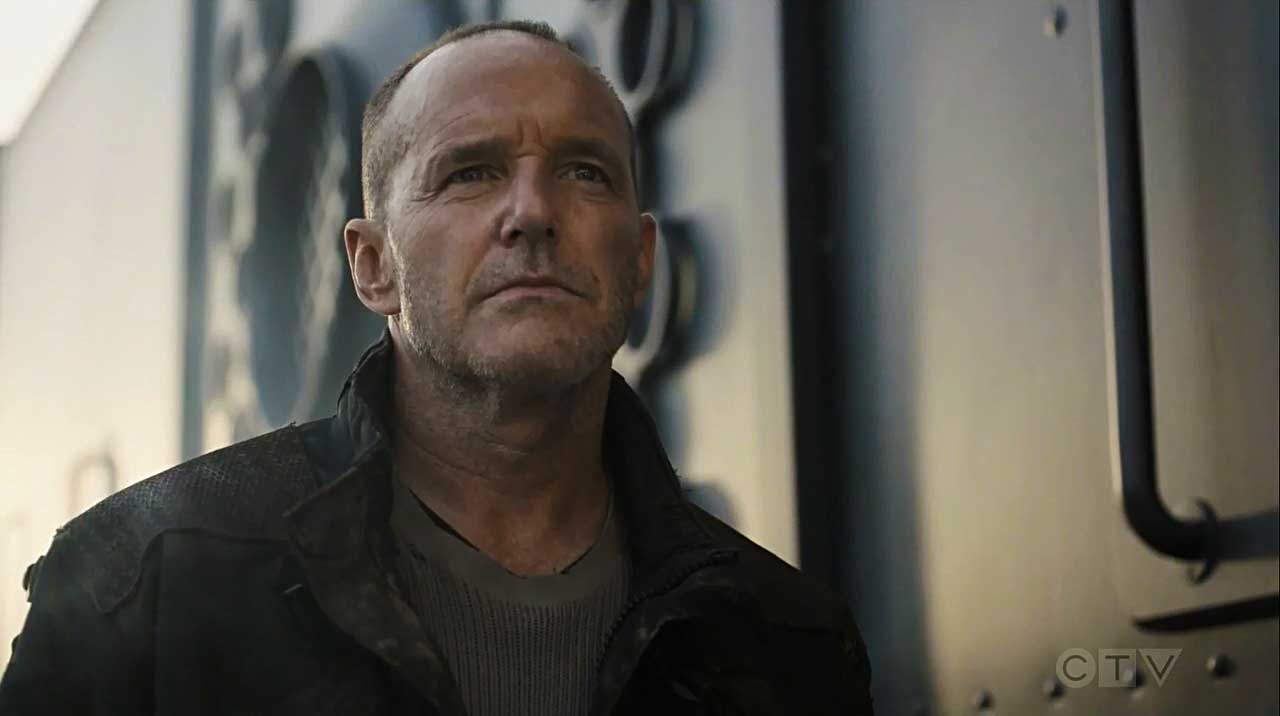 Agents of S.H.I.E.L.D. is back. And so is Agent Phil Coulson. Well, not in the way we all expected or wanted anyway. In perhaps no surprise to anyone who’s seen the trailers, Coulson returns in a different, inorganic form, with traces of cybernetic parts perhaps as his appearance closes out the opening episode. At the other end of space, we have Daisy Johnson a.k.a. Quake a.k.a. Destroyer of Worlds and Jemma Simmons looking out for Fitz in deepspace after they lost the future Fitz in the events of Season 5’s finale, with two other agents Piper and Davis to help them. Suffice to say, he’s alive but in a state that’s best left unexplained at this point.

None of this really comes as a shock to anyone (least of all to me) and while that’s partly to do with the trailers spoiling some of the fun, it’s also a nature of these comic book based TV Shows. No one stays permanently dead unless the writers want them to, and anyone can be brought back conveniently using a somewhat satisfying explanation written into the plot. In this case, it helps that we’re barely able to make sense of the goings on with “Seargent Coulson” and his gang of marauders who’re teleported to earth in some strange fashion, with a hidden agenda that none of us are really privy to at this point. It sets the stage nicely for what’s to come and with a shortened run of 13 episodes, I suspect S.H.I.E.L.D. will follow this singular story arc from beginning to end, instead of grouping its episodes into pods of storylines.

This doesn’t take anything away from the excitement of what happens. Being a TV Show made for traditional cable networks, Agents of S.H.I.E.L.D. has always maintained a brisk pacing, doing it much better than a lot of other shows out there. The opening episode maintains a continuous forward momentum without giving us much time to sink into the one-year gap as we’re thrust into new anomalies occuring on earth, which the new team under the direction of Alphonso “Mack” Mackenzie is overseeing. There’s some rumblings of what the year gone by has been, with Mack becoming fully seeped into his work even as it came at the cost of his potential relationship with YoYo Rodriguez, who has since moved on, albeit secretly. It’s quite possible the two still share feelings for each other and I suspect by the time the series winds up, they’ll be back together as Mack learns to balance out his professional responsibilities with a life on the side.

We’re quickly introduced to new recruit Marcus Benson, yet another LGBT+ character in the Marvel Cinematic Universe after Avengers: Endgame introuced the MCU to its first. Unlike the film’s cameo however, Marcus appears to be integral to the plot, serving as the new brains of S.H.I.E.L.D. while their best minds are out in space with one in search for another. I’d love to see some more private scenes with Marcus exploring his sexuality a bit in character talk, instead of it just being mentioned in passing to obtain some brownie points. The movie may not have had enough time to delve deep into this but hopefully the TV Show will take this line of thought further.

At the other end then, Simmons is quite desperate to find Fitz. Their craft comes into contact with a race of human-looking alien scavengers who gives them some clues into Fitz’s whereabouts. By this time, Quake is completely in control of her powers, donning her two gauntlets and all, and quickly dispenses off the threat within minutes, as we’d expect her to. There’s a somewhat going by the numbers feeling to the subplot, although there’s a particularly good scene where everyone debates the importance of finding one man vs getting back home safely; Piper and Davis have families too. It kind of makes Simmons come across as selfish and, were we treated to some scenes of the other agents spending time with their families, this entire scene would’ve hit much harder. They’re quickly distracted of course by a giant spaceship looming over their heads and barely escape after having now equipped the quinjet with the ability to go lightspeed.

What the space sequences do have in spades though, is some great maneavering, battles and action-heavy effects shots that make some good use of the show’s shortened length and consequently increased budget per-episode. The scale feels instantly expansive and while previous seasons have been no slouch either, this is reminiscent of an MCU movie on a cosmic scale. The earth-bound bits get some nice Terminator-style action as well, quite fitting for a Terminator-derived plot point and I almost freaked out when the entire Museum sort of blew up through CGI. The increased scope is somewhat expected for the premiere to draw target audiences back in but it remains to be seen how far will they maintain the sense of scale.

Lastly, if you’re looking out for any sort of connections, references or tie-ins to the events of Avengers: Infinity War and Avengers: Endgame, you’ll be massively disappointed. While Agents of S.H.I.E.L.D. takes place a year after Season 5’s events which itself concluded with the imminent arrival of Thanos on earth, an event that was teased in that very show, Season 6 makes no reference to the fact that the snap has happened. At this point in continuity, it would’ve been one year in the MCU post the snap but the world of Agents of S.H.I.E.L.D. shows no signs of displaying that. It seems to be a case of the showrunners not being privy to the movie’s plots and assuming that the movie will sort itself out if they took a one-year leap. Alas, that’s not meant to be and it ends up introducing a permanent rift in the time-space continuity of the shared Marvel Cinematic Universe. I guess if Spider-Man: Homecoming can get away with it, so can the TV Show.

Those quibbles aside, the Agents of S.H.I.E.L.D. Season 6 premiere was a rather enjoyable affair. It sort of played out exactly as expected in terms of the episode’s quality and it’s good to see it hasn’t fallen down by any levels. As for the title, Missing Pieces really puts them back in place in the show’s world for the upcoming run of episodes to play out. And even as Coulson may no longer be with us, he’s still present in the show’s going-ons and behind the scenes. For Henry Simmons’ Mack may have been the director of S.H.I.E.L.D. but Clark Gregg was the director of the episode. And he made a good one as well, especially considering how effects-heavy it was. The next 13 weeks are going to be fun.

John Wick Has Impossible Odds In A Conversation From The First Chapter 3: Parabellum Clip