Agents of SHIELD delivers a terrific episode that unveals the mystery behind who Sarge really is. 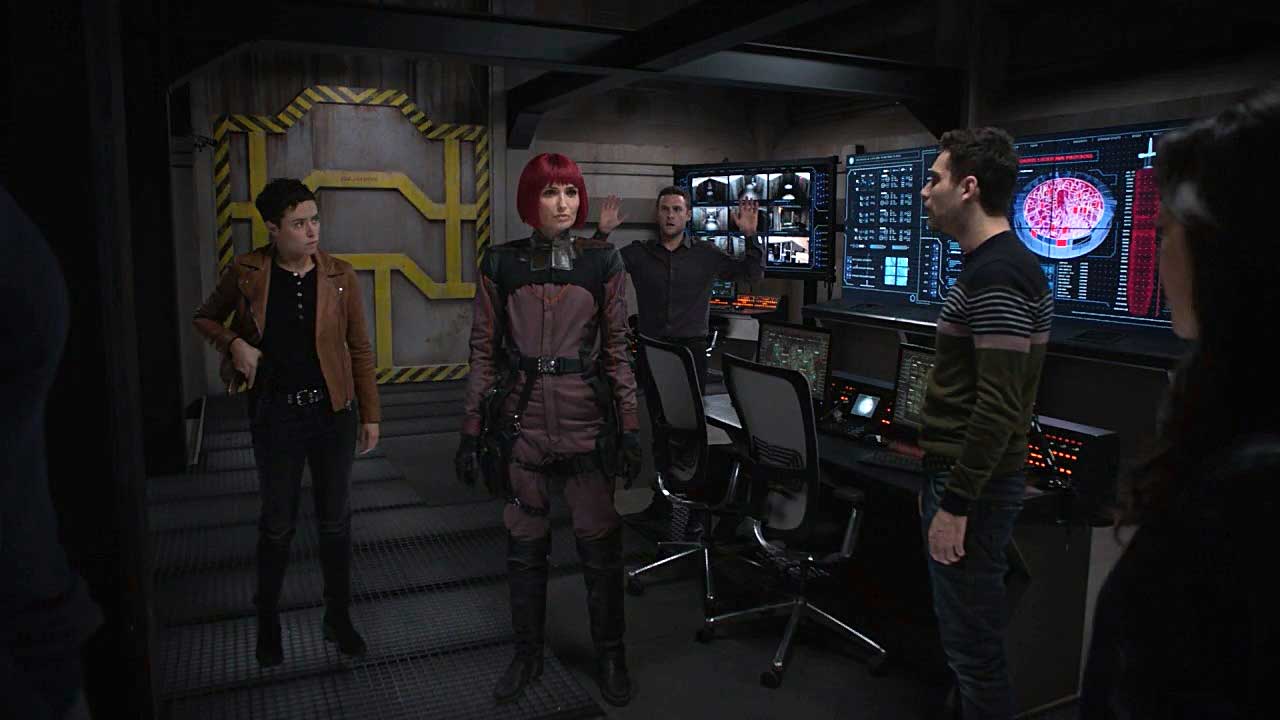 Marvel’s Agents of SHIELD delivered a phenomenal episode that uncovered the mystery surrounding Clark Gregg’s Sarge while reinforcing Izel as a formidable threat. In the process, there were a lot of high-stakes shootouts, outsmarting and a thriling sequence that resulted in fatal casualties. It’s an understatement to say things are picking up; this was definitely among the show’s finest hours and I have a feeling a lot more exciting stuff is about to come.

The biggest secret Agents of SHIELD has been keeping up its chest has been the return of Coulson and Sarge’s connection to him, especially given their DNAs match. That is revealed in fully glory in a manner that sheds enough light on understanding how the two are connected, yet leaving sufficient mystery in the form of some unresolved elements and a cliffhanger that begs you wanting for more. The connection between Coulson and Ghost Rider in the climactic moments is something I’m desperate to see more of, and as the show’s SDCC trailer hints, we’re in for a lot more of that.

At the other end, the bulk of the episode was about Izel having infiltrated SHIELD’s headquarters, the lighthouse, with the ability to possess anyone’s body. This presents some intriguing dramatic possibilities and while it was probably the worst kept secret in the episode’s opening moments that its her who’s taken charge of May when she shot Coulson-Sarge, writer Drew Greenberg and director Garry Brown mine it as much as possible. This segues into a thrilling sequence where everyone doubts that the other is Izel and while the eventual reveal is predictable, it’s not before a lot of blood is shed and an agent is lost. The resulting stand-off though provides the show’s lead cast opportunity to flex out their acting skills since Izel takes over pretty much everyone at some point. I’m sure Henry Simmons, Jeff Ward and Ming-Na Wen relished the chance to portray themselves through Izel’s lens.

Izel and Sarge-Coulson’s face-off is perhaps the show’s highpoint and consequently, reserved for the climax. I must admit, I’m still in a bit of a blur about the revelations concerning Sarge’s origins and how they connect to Coulson, given the sheer amount of exposition thrown at us in that scene. Suffice to say, Coulson’s entanglement with the fear dimension lead to the creation of another Coulson, one with his body and DNA and his suppressed memories. That’s about as much as I can give at this point and honestly, the reveal is best experienced on screen. Karolina Wydra brings a certain calm and stoic confidence to Izel that eases her in with the show’s cast, and while Izel is sort of one-dimensional at this point, she’s still doing a great job dishing out her menace. It’s almost as if Izel and Coulson are this season’s Yin and Yang, with both containing enough power to truly thwart the other, although one of them doesn’t realize it yet.

I also liked how the episode used the space of S.H.I.E.L.D.’s bunkers, with the camera moving around a lot to effectively convey the geography of their headquarters. The episode opens with a fairly long minute or two camera pan that covers the tunnels and lairs where the unit resides in sweeping moves. Sequences ahead continue to involve lots of kinetic cinematography, even pulling in circling shots during the stand-off with static frames being few and far between. And while I’m not necessarily a fan of the camera moving too much, it does convey a sense of urgency and movement to the proceedings when used effectively, as it was in this one.

There are still some aspects that were baffling at best. The decision to prolong Izel’s reveal that she’s in the ship felt like a wasted effort since we pretty much all knew she’s in there. Coulson’s reemergence and Sarge’s origins were also a bit muddled at this point; perhaps rewatching the episode should clear things up. And Izel’s overall mission has now been seemingly delegated to the point that us viewers just have to accept seeing her as an antagonist who’s after earch, without regard to her ulterior motives.

Regardless, these are merely minor squabbles in an otherwise terrific, relentless episode. Agents of S.H.I.E.L.D. has had slow starts but with all seasons, once things get going, the narrative becomes truly gripping. Season 6 looks like it isn’t disappointing in this regard, and we still have three episodes to go. And it’s also fantastic to see them either tie back to previous events or at least reference stuff that happened, such as the neat bit with Daisy anonymously sending money to Lincoln’s (her Season 4 love interest) sister. Overall, this was a fabulous episode of Agents of SHIELD and I can’t wait to see how they finish up the show. 10 weeks have flown by incredibly fast.