It’s all about the fear dimension and monoliths in the eleventh episode Marvel’s Agents of SHIELD. 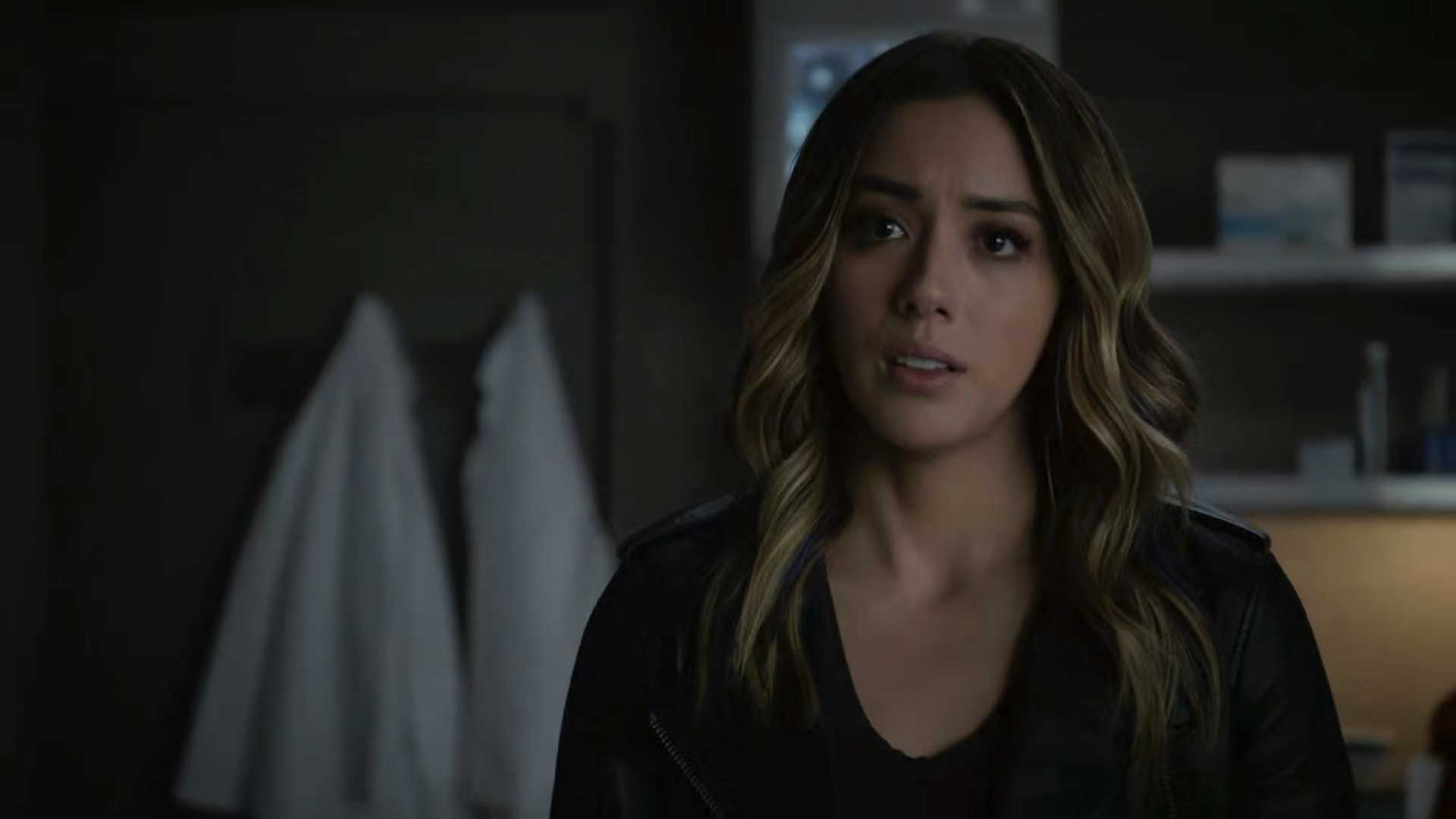 Episode 11 of Marvel’s Agents of S.H.I.E.L.D. revolves primarily about the fear dimension, with talk of the monoliths thrown in for good measure. Mack and YoYo try to fend off, or at least stall Izel aboard the Quinjet and prevent her from reaching the temple of doom. At the other end in SHIELD’s lighthouse headquarters, the gang tries to subdue Coulson-Sarge at first, before then shifting gears and waking up the monster inside of him.

After possessing YoYo last week, Izel uses her and Mack to get the location of the monoliths. An unlikely player enters in the picture with Marcus Benson who looks like he’s been missing in action for quite a while. There are some fun detective bits when Izel tries to get Marcus to reveal the location of the temple through Mack, but his real moment is when Izel uses the fear dimension to create a manifestation of Thomas. The reveal that Marcus’ drunk driving was responsible for the death of his loved one turns out to be his biggest fear and it’s rather sad that we’re seeing it come into play only now, after Marcus mentioning Thomas briefly in the early episodes.

Speaking of the fear dimension, it’s clearly the episode’s running theme what with the title being Fear The Ashes. It also comes into play in the other running subplot where May and Daisy try and confront Clark Gregg to bring out different sides of his character in Coulson and Sarge. While May sees Coulson in him, Daisy is confident that Coulson is long gone, her belief reinforced after reading Coulson’s letter from last season. A strange twist and Sarge’s mention of something convinces Daisy otherwise and puts her in the same boat as May.

It’s pretty clear at this point that the new Coulson is created through the fear dimension in some form. A brief flash strongly hints at this but Coulson’s reveal played out in parallel to the interaction between Thomas and Marcus makes it fairly obvious. A couple of times, a mention of “fear” in Izel’s subplot cuts immediately to a shot of Coulson being interrogated, so the subtle hints can be picked up to conclude. It’s neat to see plot devices from past seasons tie in so heavily into Season 6 and I’m now holding out hope for the framework to make some sort of return in the final Season 7.

What’s intriguing or up for questioning is what could have possibly created Coulson. That is to say, whose manifestation is he. We saw that Thomas sprung out of the creation device held by Izel as the fear Marcus had hidden within himself. Was Coulson then created out of the fears of one of the crew members, perhaps Melinda May? Is he a product of the fear dimension AND a deal with the Ghost Rider that he struck when Gabriel Luna’s Robby Reyes was in the show in Season 4? The final two episodes should undoubtedly reveal that but this is the only time we get to speculate on this.

Among the good secondary bits, it was good to see Fitz, Simmons and Deke bond together as a family, discovering a way to stop Izel from inhabiting hosts. The answer to that has a surprisingly familiar tie in to a line of dialogue Coulson had been quoting for a long while. I also liked seeing Piper being more front and center after Davis died in the last episode at the hands of Izel; it’s always good when secondary characters begin to gain more prominence. May and Daisy’s opposing approaches to tackle the problem are a nice twist from their usual ways; were this the plot of earlier seasons, May would be the one wanting to get rid of Sarge and Daisy the one to talk it through but after the time they spent in Tahiti and space respectively, May’s gone softer while Daisy’s become a lot more firm, though they both maintain their emotional core.

Fear The Ashes was a pretty fun episode of Agents of S.H.I.E.L.D.. As a show, it’s shown tremendous growth and we’re a long cry away from the earlier days when it would churn out ordinary episodes. At this point, it’s hard to imagine rating episodes below 8 but we still have some ways to go before they cross the proverbial threshold of 9. Hopefully, the final two episodes will seal that deal.