Agents of S.H.I.E.L.D. captivates with a suspenseful pair of episodes, ending with a baffling and intriguing setup for Season 7. 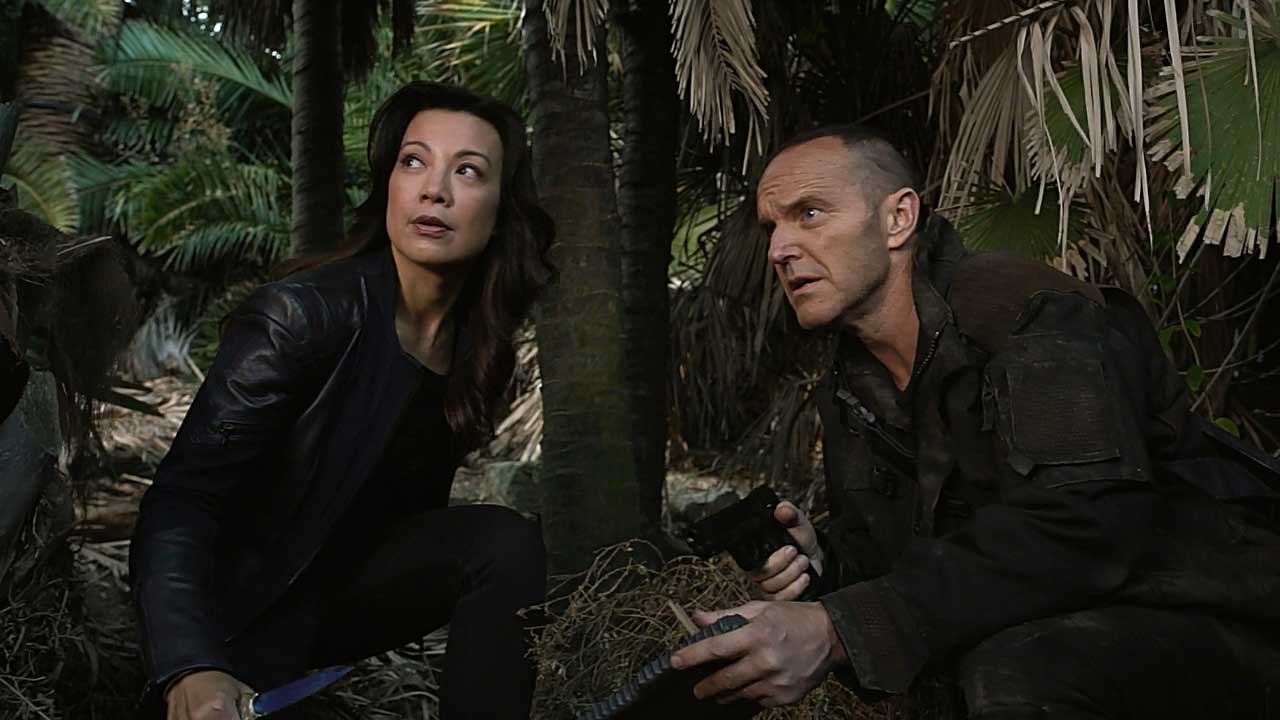 This week’s dual-episode Agents of SHIELD Season finale involved a fairly action-packed, suspenseful and emotional setup as it paved the way for a baffling, confusing and intriguing conclusion. Much like the Season 4 ending, it’s a setup that will be talked about and debated online mercilessly until the show’s final Season 7 takes over. And as wrecking it was to see Coulson-Sarge’s arc close out the way it did, the show took a popular fan theory and introduced yet another unique angle into Coulson’s posthumous life on the show.

The season’s shortened run helped keep the focus on Izel as a primary antagonist and the showrunners built her up nicely throughout Episode 12. She becomes a formidable threat, invoking the monoliths to carve out a gateway to the other dimension, allowing her Shrike army to invade earth. There’s lots of loss and casualties and for a moment, we’re left questioning the show’s bold choices in light of what it did to May and YoYo. Consider this your fair bit of filler warning before I delve into discussing spoilers.

YoYo getting infected by the Shrike was a genuinely scary moment, and one where I thought Natalia Cordova is actually done with the show, given it’s about to wind up anyway. But what was even frightening was seeing May being stabbed brutally by Coulson. It felt like a cop-out in the end, seeing as May was still alive after that fatal wound, but it was a necessary move for Sarge to pull to shred the mystery of his identity once and for all. There was barely any Coulson left in that monster to bring back and whatever it was, is now gone.

For quite a while, the writers had fun planting a zombine infestation amidst the proceedings. Mack even referenced their situation as reminiscent of a George Romero movie and if I’m not mistaken, zombies provided a fresh new way for the core cast of Agents of SHIELD to deal with the Shrike menace. Fortunately, Deke proved to be a whole lot more useful this episode than the entirety of the first half of this season, as he not only managed to effectively mass produce resonant-resistant bands to prevent Izel from taking over, but also made the jump drive work and piloted a Quinjet. All in a day’s work, eh.

I liked how there was a sense of finality to Izel’s actions, whether it’s her haunting chant (kudos to Bear McCreary) or her confidence in her victory. Which made it equally more fruitful to see a bad-ass May fight her in what was probably some other dark dimension. Agents of SHIELD has been known to build its world and heady concepts steadily over a while but the final episodes did involve a fair bit of suspension of disbelief, more than we’re probably used to for the show. Which was all well and good since it kept us hooked throughout.

The real digger of course, was the cliffhanger ending, which the show is gathering quite a repository of. The entire entrance of Jemma with the army of Chronicoms to so effortlessly rescue the gang back into what felt like … 1930s New York? It was all far too surreal and bizarre and it’s almost as if after traversing the future, S.H.I.E.L.D. took our characters back to the past, in an effort to set its continuity straight and reunite with the MCU movie timeline. Does this mean that the snap will somehow feature in Season 7? Can’t wait to find out.

Some of the biggest action sequences and visual effects shots were saved for these final few episodes and the few minutes that we see them, they lend the show a certain level of lavishness. They’re mostly flawless and expertly executed and help the show stand high on its production values. So far, Season 6 has been among the show’s more ambitious attempts, perhaps partly helped by its shortened run of 13 episodes vs 22, and partly by the show’s expertise in employing shots and effects to great effect.

This isn’t to say everything connected smoothly. After so many teases, I was hoping for some part of Coulson to manifest itself in some form and seeing Sarge outright turn into a Steppenwolf clone was a bit disappointing. As was the general pace of the finale where it felt like they figured out too many things in quick succession. Deke frickin’ got a teleporter to work. And as excited as I am for Season 7 and the reappearance of a certain LMD, we’re still going to have to live with an unresolved ending. I guess that sways both ways for now (good and bad).

It’s just impressive how much Agents of S.H.I.E.L.D. has stepped up its game since the time it premiered in 2013. The show’s writing, directing and performances have improved dramatically and what started out as a potentially average MCU cash-in now stands tall as among the Top 50 most popular TV Shows of all time. With Season 7 on the horizon, and the cast having shot for the final episode recently, I’m excited to see how it all ends. For now, that’s it from me reviewing Agents of S.H.I.E.L.D. Season 6. See you soon.