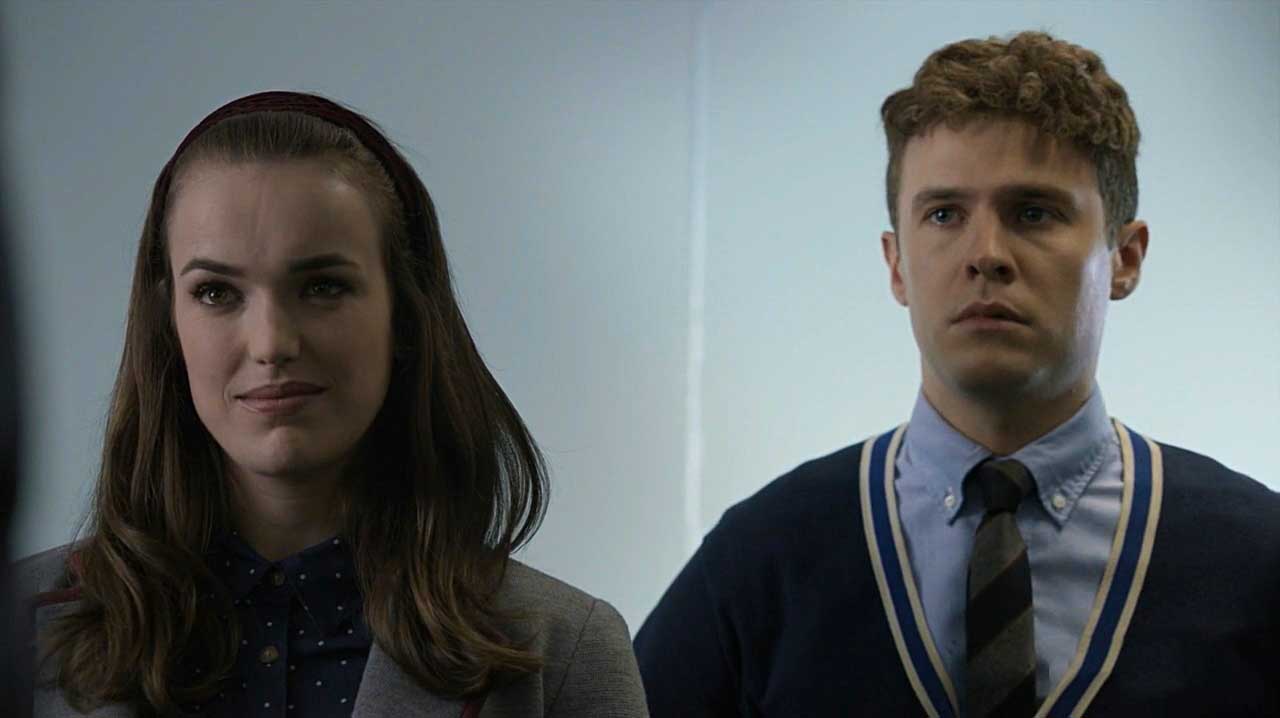 Marvel’s Agents of SHIELD took a detour of sorts as it trapped its brightest minds Jemma Simmons and Leopold Fitz into a mind prison built by the Chronicoms in order to force them to figure out time travel in a bid to restore their planet. While the other core cast does make a cameo or two, the episode is largely about Fitz-Simmons and our strange journey into their minds as they resolve their issues and confront their horrors to find a way out.

I’m not admittedly a fan of stalling episodes, especially if all they serve to do is bide away time. This episode had all the classic markings of one. The plot barely advances and it’s in a certain sense, an opportunity to dive into the characters but at the expense of halting the propelling narrative. It keeps most of the core cast out as it focuses solely on Fitz-Simmons who finally managed to get united after being separated at the end of Season 5. And it offers a rather simplistic resolution to the eventual conflict that, in episodes like these, threatens to lessen the impact of the dilemma to begin with.

Thankfully, Agents of SHIELD uses this opportunity of a limited episode to truly go bonkers with its narrative, delivering instead what is a bizarre, trippy, mind-journey that feels part surreal, part psychedelic in spirit. Writer DJ Doyle makes clever use of time travel to throw the pair into all sorts of weird situations, including one where Simmons retreads into a 7-year old version of herself. It almost feels like they’re able to traverse time in the beginning in a non-linear fashion of sorts until it’s made clear that they’re in a mind-prison and merely able to access their memories at will. And we do indeed get a lot of insight into Fitz Simmons and some pivotal moments in their life, including their recruitment by a then young Agent Coulson. It’s good seeing Clark Gregg assume his Iron Man era appearance and inspire the young pair of physicists to come aboard.

The concept of a mind prison again, has the potential to lessen the danger our characters are in, since we know it’s imaginary at some level, and no one can be expected to die mid-season. Still, Inescapable makes interesting use of some new devices, inducing a horror element in the form of nightmares and repressed memories that Simmons has trapped in a box being unleashed, as well as bringing HYDRA Fitz into the fold as the version of Fitz that’s trapped inside Fitz’ mind. Again, I expected HYDRA Fitz to be used in a psychologically interesting way but he’s instead treated merely as a physical threat whose arc ends in a rather hilarious manner, so to speak. And it would’ve been far more interesting to see other cameos like AIDA and Grant Ward (yet another opportunity for Brett Dalton to return being missed) but I’m sure those were marred by some scheduling conflicts so we get what we get.

The best moment, and perhaps the one that elevates the episode to superior territory, is Fitz witnessing the aftermath of his future self’s death. It’s a brilliantly directed bit by Jesse Bocho (returning from Episode 3) who sells the emotion felt by the core team and Simmons as well as the horror felt by Fitz both, upon seeing his own demise and sensing Coulson’s imminent end. It breaks him and both Iain De Caestecker and Elizabeth Henstridge give painfully real and poignant performances to sell the drama behind the moment. That single scene almost compelled me to give the episode a 10 but some of the other stuff was far too simplistic and reeked of missed opportunities to settle for my final score of 9.

Episodes like these are a tough bag to swallow. As I mentioned, their inherent stalling of the forwarding narrative may not sit well with everyone who tunes in to witness what happens next. But under the right hands, such hours are an opportunity for usually conventional franchises to flex their muscles a bit and play around with the sandbox of their storytelling limitations. While there are quite a few bits in this episode that employ devices used in traditional TV shows especially the Chronicoms bits and their internal conflict, there’s quite a lot of experimentation and inventive use of time-travelling involved through mind trips that makes this an enjoyable hour.

Read our review of Marvel’s Agents of S.H.I.E.L.D. Season 6 Episode 5 The Other Thing here.