Marvel’s Agents of SHIELD delivers the first of an epic two parter episode that brings its disparate storylines together. 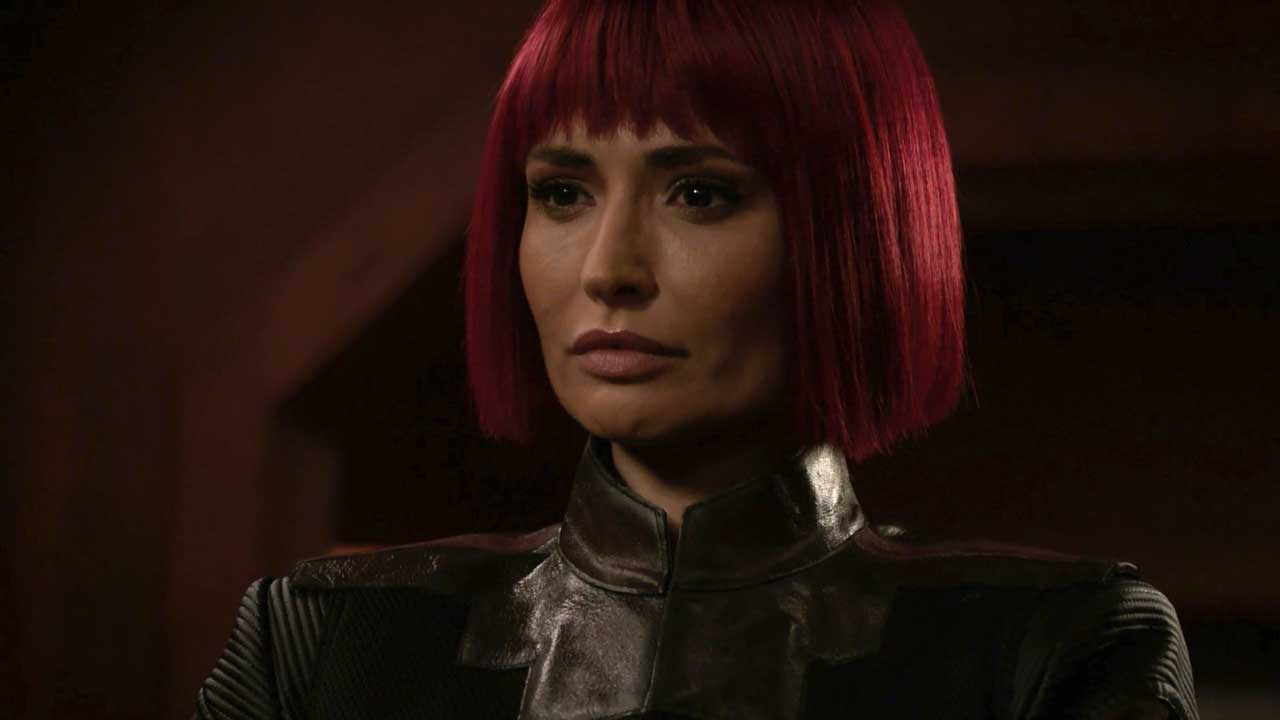 Marvel’s Agents of SHIELD ends on a solid cliffhanger this episode as it delivers a two-parter that brings together the disparate storylines that have been running through Season 6 thus far. Coulson-Sarge drives a team of S.H.I.E.L.D. agents comprising of Daisy, May and Deke head-on against a Shriek base which is also being enroached upon by Fitz, Simmons and their newfound ally, Karolina Wydra’s Izel. Trust issues abound as motives are questioned and becomes harder to determine who is right.

Quite simply, there are a lot of things S.H.I.E.L.D. either did interesting or right today. The first was the distrust sowed by both parties against each other. For some context, Coulson-Sarge’s Shrike tracker narrows down the location where the Shrike are going to converge and build a larger structure to draw out their bigger sibling monster. Despite cutting a deal with Mack for the escape of his team, Mack refuses, instead forcing agents Daisy and May with him along with one member of his own choosing: Snowflake. The trio, with Deke to assist in matters of tech form one end of the team chasing the tower, with Fitz and Simmons forming the other side as they guide Izel back to earth who happened to rescue them in a fit of coincidence.

Both Sarge and Izel portray each other as the enemy. Sarge maintains that Izel is headed for the tower and considers the Shrike her “pets” who she intends upon unleashing on earth. Izel on her part, maintains that Sarge is out to lay waste to their planet, just as he did to Chronicon-2. This back and forth dance between who’s right isn’t exactly wholesome new territory but it does make trusting anyone a lot harder. And there turns out to be a modicum of truth in both sides’ claims making the territory further grey and murky.

It was also great to see Mack in form and one-upping everyone after constantly feeling low about himself. Between the last episode and this one, it feels like Mack’s grown and come to accept himself as a leader and is now one step ahead of even Sarge, or so he feels. As if to draw out the Coulson within him, he places Sarge in a position of leadership when he’s out with May, Quake, Snowflake and Deke headed for the Shrike. You get the sense that the old gang is back together albeit in a starkly different dynamic.

Daisy’s attempts to make smalltalk with Sarge to bring out the Coulson with him were also a good bit of TV, as shortlived as it was. There’s clearly a lot more to Sarge than he’s letting on and that short interaction relayed this more than enough. Could this be a Coulson from the Multiverse? One from a possible future? At this point, either of those possibilities sound workable and given how bonkers the movie world is going, I won’t be surprised at an explanation of this sort. It just looks like we need one and the sooner we get it, the better.

The episode was rich in production values, especially toward the end. When Sarge’s truck is headed to the Shrike, there’s are wide angle shots that convey a great sense of scope. The final shot is strikingly impressive, as is the rotating cinematography one where Coulson-Sarge jumps into one of his portal devices and emerges out of another. Those bits really helped the episode stand out compared to other outings which more or less feel standardized (stepping aside exceptions like Episode 6). I also enjoyed Bear McCreary’s pulsating, tension building music in the episode that I’d definitely like to hear some more off once Part 2 resumes next week.

As pointed out before, the two-parter nature of the episode meant that things weren’t fully resolved by the end. Collision Course Part 1 concludes on a blatant cliffhanger that sets the stage for what the title projects, an inevitably destructive collision course where characters should finally unite. If word of mouth spreads positively, next week’s episode should be able to draw in a lot more viewers to see the resolution to this two-part conflict, as well as any potential reveals that may have been saved along the way. Great watch.