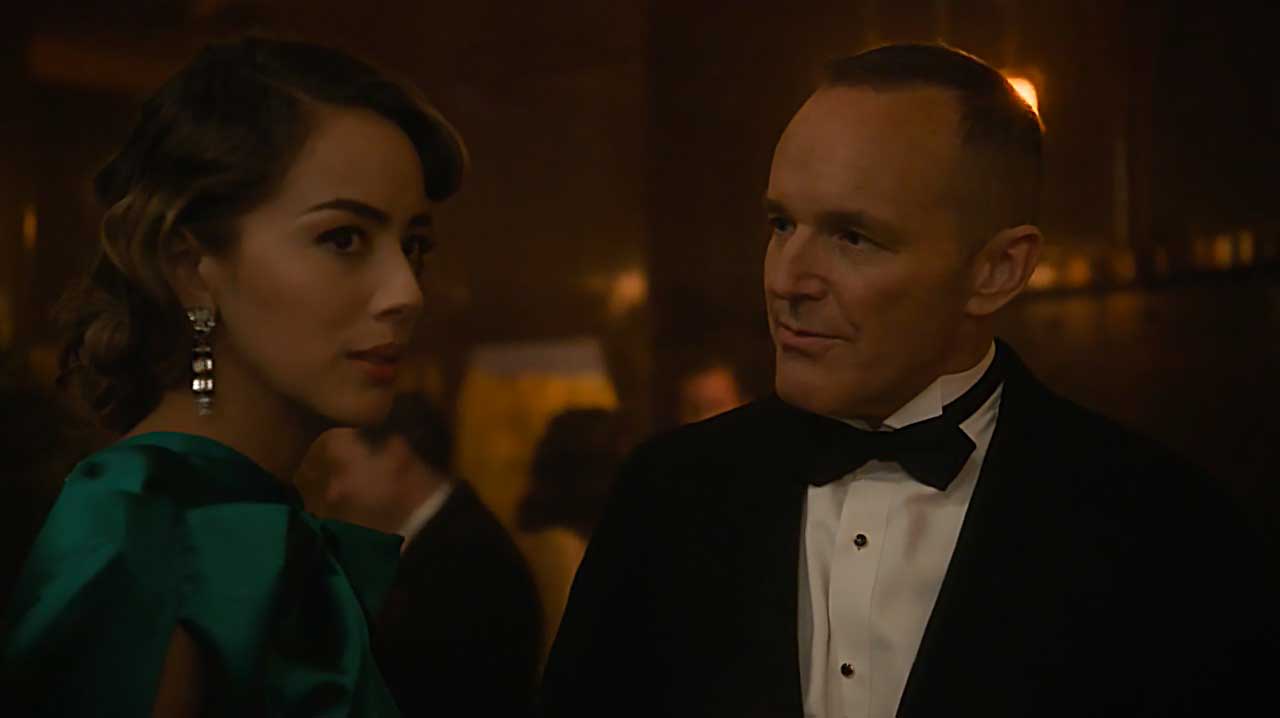 Marvel’s Agents Of S.H.I.E.L.D. returns for its final season with the tantalizing time-traveling concept revisited yet again. Only this time, instead of looking at the future, the series plans to visit the past. And while only time will tell how well the season holds, the show itself will carry a special place in MCU fans’ hearts as the series that kickstarted the TV side of the Marvel Cinematic Universe.

Time and again (sorry for the pun), Agents Of S.H.I.E.L.D. has proved its creative chops at bringing old favorites back. This was most demonstrated in how the showrunners handled Brett Dalton’s fan-favorite character Grant Ward, finding numerous ways of revisiting the former SHIELD turned HYDRA agent. Well, Ward doesn’t return here but the showrunners employ that creativity by reintroducing Coulson as a Life Model Decoy or LMD after the original Coulson died last season (and this time, likely for real).

His resurgence as an LMD means Coulson feels fresh, young and his two years outdated on the things that have happened in the show; this is after all, a version of Coulson from Season 4. It wouldn’t be an understatement to say that the show’s gone through a lot and Coulson shuts down after absorbing a barrage of experiences in a fraction of the time. It’s a good excuse to let Clark Gregg play off a clean slate all as the show resorts to correct its own timeline fallacies after it was forced to ignore the events of the Infinity Gauntlet’s snap for not being kept in the loop with Avengers: Endgame‘s script.

Time travel it is then as our gang finds itself back in 1931 New York City. Knowing the show’s penchant for lightness and humor, jokes are made about alcohol’s legality, low prices and male chauvinist sentiment prevalent in the early 20th Century. Coulson has some fun with the realization that he’s an LMD after an early shock and Patton Oswalt’s Koenig returns as the (great) grandfather of the Koenigs we’ve seen throughout the series.

All of it is of course very low stakes as its meant to be even though the very existence of the spy organization is at stake. For as we’ve seen in the trailers, a series of events draws Coulson and Daisy to the realization that they’ll need to knowingly save HYDRA agents in the past in order to save SHIELD in the future. There’s no time left to dwell on this realization since the premiere caps out with this reveal but it should be interesting to play around with the consequences of these reveals as the series moves forward.

There’s also an interesting dynamic at play between Mack and Coulson. For most of his career, Mack has looked up to Coulson for orders and advice and later on, leadership lessons as he learns from the man in charge. Now Mack is the one in charge and seeing him order Coulson and seeing Coulson obey evokes a nice twist of that dynamic. The time-travel mechanism also offers our characters the opportunity to witness some iconic people and incidents from the past and a hero-worship moment happens when Coulson gets to meet President Theodore Roosevelt himself. I wonder if we’ll ever see Coulson meet Captain America from the past and if the show will play on his adulation of the hero from The Avengers.

Either ways, time travel plots are always ripe for possibilities and Agents Of S.H.I.E.L.D. only barely scratches the surface of what’s possible within the confines of the MCU. Fortunately, it teases potential so I’ll be watching closely to see how it pans out.