Marvel’s Agents Of S.H.I.E.L.D. delivers a less satisfying penultimate episode but sets the stage for an explosive finale. 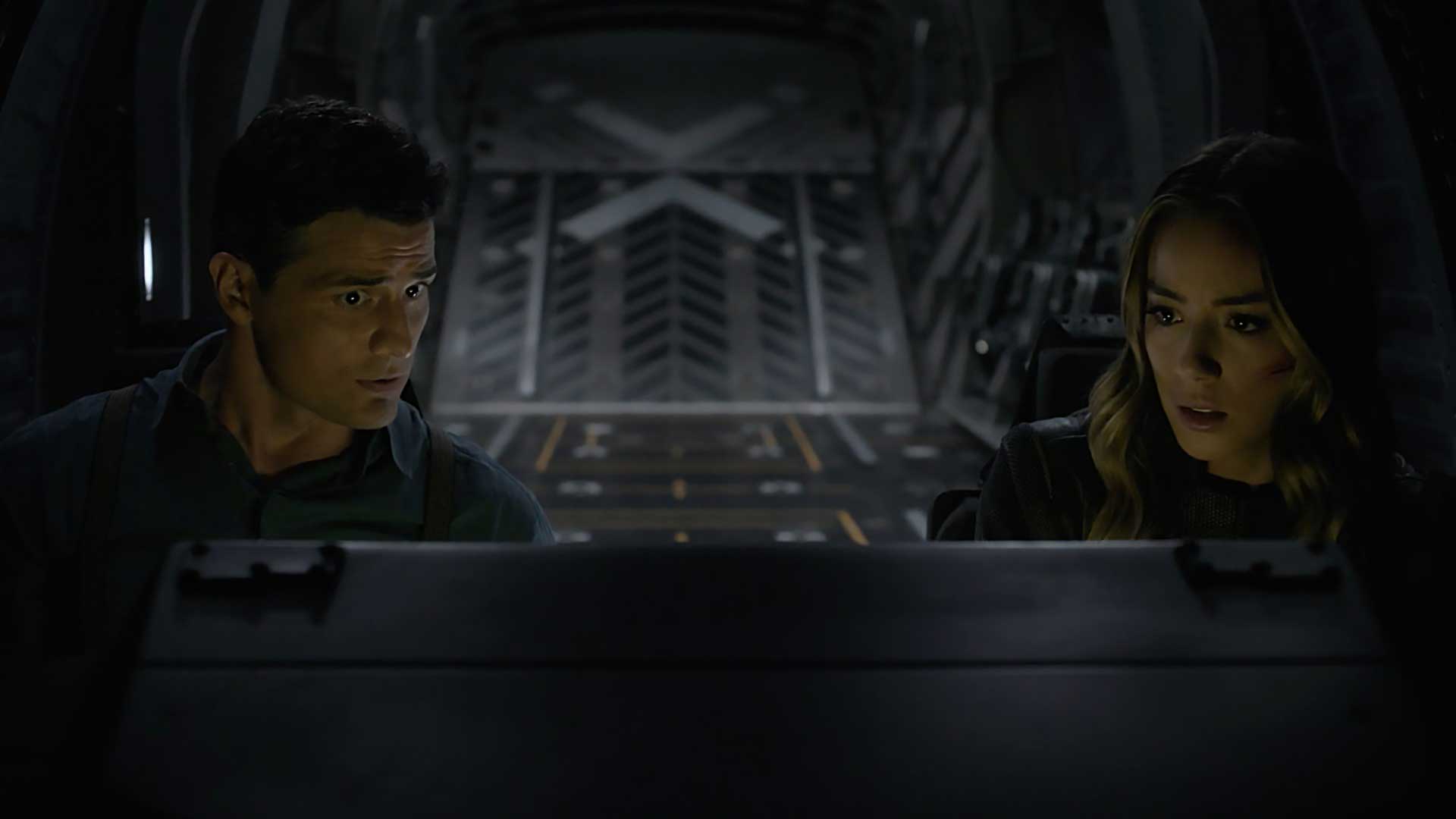 It’s been a ride. 7 years of efforts and storytelling will culminate next week when Marvel TV fans will witness the final two episodes of Agents Of S.H.I.E.L.D., set to air back to back. The show started off slowly and heavily reliant on the novelty of its MCU movie tie-ins but has since branched out into its own entity and acquired a following of its own. And it’s gotten exceedingly better at fleshing out its core roster, giving them strong character moments and setting them up for arcs that deliver long, satisfying payoffs. Which is why the final season has been a bit of a mix since, instead of focusing on the core characters, it’s instead developing antagonists we won’t really care for that much.

Nathaniel Malick is perhaps among the most universally panned villains of the Marvel Cinematic Universe. The character lacked any severe motivations in prior episodes but recent hours (including this one) have helped course-correct that a bit. He also appeared less sinister and threatening until his power play move today where he launches an assault and wipes off SHIELD bases from this new timeline. These moves at least help lend some credibility to the threat he poses though I can’t help but wonder if the show would’ve benefitted better by the return of some other antagonist or even perhaps dealing more with the Chronicoms as they go about messing up time.

The episode has some good moments and they have a lot more to do with Daisy than her sister Kora. In an attempt to throw Sybil’s calculations off, the characters act unpredictably, taking the bizarre decision of launching their ship into space in pursuit of the Zephyr. Furthermore, this is authorized by Mack and supported by Souza, ever so willing to help Daisy. Their romance is further hinted at and it does feel a bit cringey or forced having to see the writers repeatedly hook Daisy up with someone, as if she hasn’t had enough of that already. It could be a setup to see Souza die in the finale but again, Daisy has had enough of that too.

The conversation between Daisy and Mack as they reminisce about their time together, with the realization sinking in that this could indeed be their last mission as Enoch predicted is straight out of a slice of reality. Both Henry Simmons and Chloe Bennett play it straight and real, blurring the lines with fiction, and writer Christopher Freyer expertly uses lines that sound as though the characters are breaking the fourth wall. This is followed by some light banter and it’s heartening to see Souza’s admiration and wonder for space as a man from the 50s as Mack nudges him into a budding romance with Daisy, as though approving her choice. Mack has looked up to Daisy as a daughter or a sister and it’s nice to see some of that family dynamic at play here.

Back at the lighthouse, the writers amazingly keep figuring out new developments for Coulson. In the latest, he’s now a computer-genius, in light of him being a Life Model Decoy built around the latest advances in Artificial Intelligence. Empath May tries to talk some sense into Kora and almost succeeds until John Garrett arrives and snatches her away. That entire segment feels a bit confused, as if Freyer isn’t really sure whether to write Kora as someone that can side with S.H.I.E.L.D. or betray it; that dance keeps you on the edge but feels inconsistent scene to scene. Still, there were good callbacks to the past when Kora invoked May’s history at Bahrain and the difficult choice she had to make of putting down a child. The question is, would she repeat the same for another child about to wreak havoc: Grant Ward. That dilemma is fascinating to wrestle with but the show skims over it quickly.

That’s the other complaint with this episode: in its quest to setup an epic conflict from the finale, some of the more important bits are done away with rapidly. No finer example exists than dealing with Fitz and the speed at which we saw Fitz work with Simmons in the past to build the memory implanter and then being quickly forgotten by Simmons once she woke up from Malick’s memory hack attempt felt really rushed. Which is unfortunate given Fitz has been built up as this Colonel Kurtz like entity that the entire season has been leading to. I genuinely hope we see more of Iain De Caestecker in the two-part finale.

On the whole then, admittedly, I have mixed feelings about this episode. There are some enjoyable parts as is the episode as a whole but as one that’s about to wrap up a 7-year long story, I expected more. I’ve seen the show do some crazy interesting things in its previous seasons, particularly Season 4’s Framework that are more laudable and commendable in the payoffs they provide. That said, it does look like we’re in for an epic two-part finale and I can’t wait to see how that plays off.

Tenet Critic Reviews Are In: Nolan Fans Will Love It