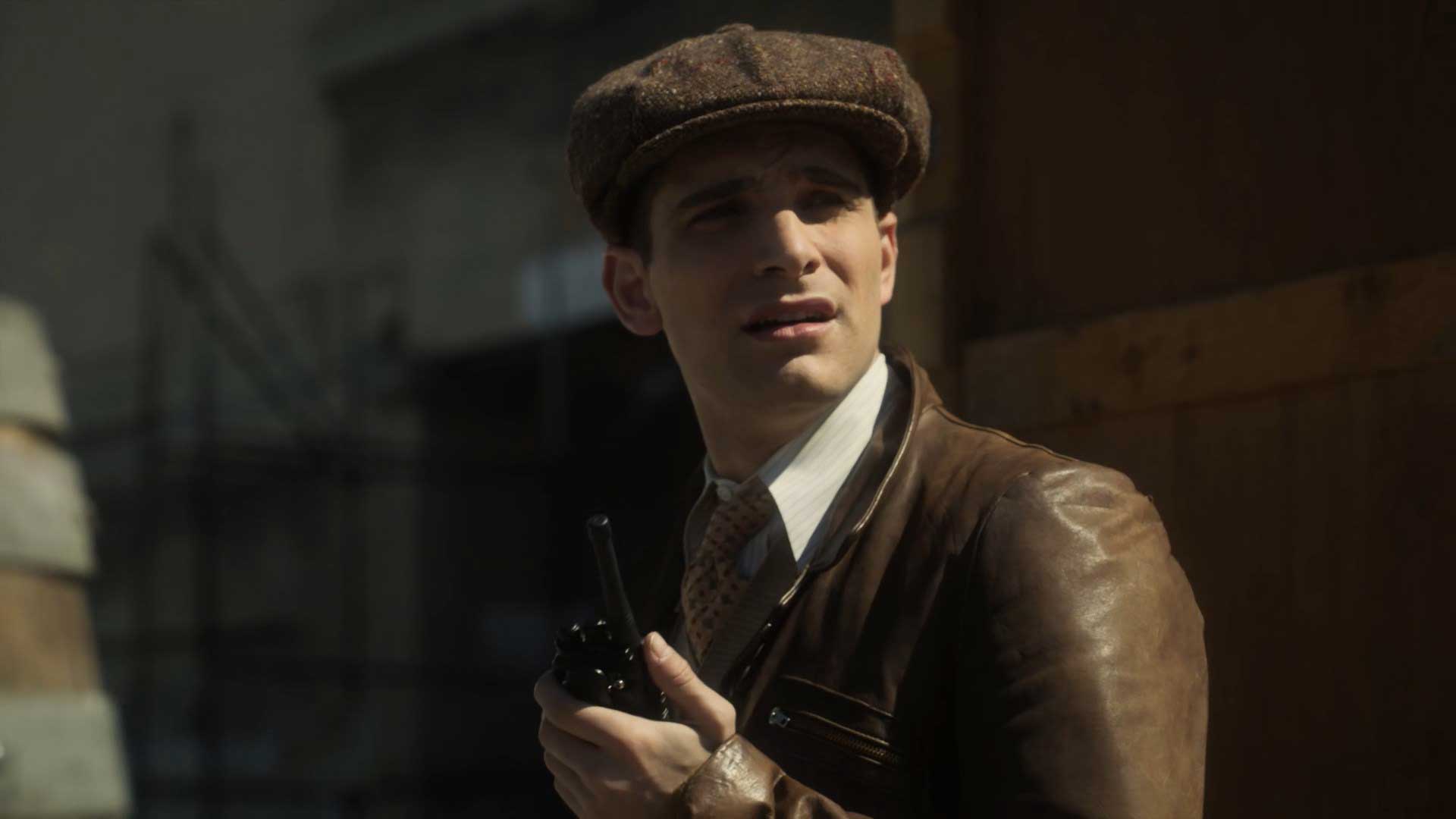 Agents Of S.H.I.E.L.D. played spoilsport, wrapping up its 1931 setting quickly and tepidly as the urgency to deal with Freddy Malick came to a rushed conclusion. Some moral compexities are introduced in the form of time travel paradoxes but these mostly seem underwhelming in the little time the show devotes to dealing with them. Craig Titley’s script is mostly content in packing things up quickly and shoehorning the Zephyr a jump into the next point in time.

With Freddy Malick turning out to be HYDRA leader Gideon Malick’s father, the S.H.I.E.L.D. team is tasked with the morally ambiguous decision of saving him or killing him. Eliminating this potential future threat could result in a world where HYDRA is never formed but by extension, so is S.H.I.E.L.D. On the other hand, going by the “ripples not waves” theory, bumping off Malick so early could lead to a series of divergences and make for an unrecognizable future when the gang returns. We see Coulson and team frequently wrestle with this decision which provides for a decent conflict with member opinions divided.

Daisy’s temptation for killing Malick however could be achieved in a much better way: simply let the Chronicoms do their job. After all, isn’t that what they’re trying to accomplish? By leaving Malick strapped against a crate by himself, they would undoubtedly ensure he’s taken care of without having to deal with its moral consequences. The decision is compounded by their ship Zephyr suddenly kickstarting a countdown to the next time jump. A convenient plot contrivance as brushed off by self-deprecating humor Simmons explains that time jumps open up in specific points during their timeline over which have no control. I knew Agents Of S.H.I.E.L.D. was going to be an odyssey through the MCU’s history but I had no idea it would be this easily baked into the plot.

The car chases and run and gun action feels fairly straightforward, even by the show’s standards. The image of Daisy and Coulson shooting with a Thompson gun seemed more fun and promising in the trailers than it does here. It does remind you of the period gangster films as well as the video game Mafia. Even the fight between May and Enoch has okayish choreography. The show’s given May some really kickass fights but this definitely wasn’t it.

There’s some potentially good material in there as well. May’s emotional disconnect looks like a plot point waiting to be explored in future episodes. Either something snapped within her after Coulson’s demise or Enoch turned her into a partial Chronicom. Considering how lethal May already is, that’s a deadly combination and will turn almost everyone in the team except Mack, Fitz and Simmons superhuman. Speaking of Fitz, it’s unclear if we’ll see him again in future episodes but he’s brought up and it would be unlike S.H.I.E.L.D. to not bring him back.

The connections to the MCU are quite fun even though we’re quite literally bombarded with those back-to-back. The vial carried by Malick is the early trappings of what would essentially become Abraham Erskine’s formula for the super soldier serum, first applied on Johann Schmidt (read the excellent Captain America: The Winter Soldier prequel comics to get a taste of Schmidt’s journey). I’m sure many would’ve made the connection in the previous episode itself but the vial stamped with HYDRA made it more obvious.

Among the good stuff, Koenig gets plenty to do and his reactions to the future tech seem somewhat mild for the stuff he’s shown. Still, it’s always fun to see what people from the past would have to think about the technological miracles they’re witness to; it puts how far we’ve come into some good perspective. The effects work continues to be good but I get the sense that the show is saving its budget for some flashy sequences in the future. On that front, I forgot to bring up the show’s brief but impressive 1930s style title card that carries over from the premiere.

On the whole, despite a lot going on, the plot seemed fairly filler material. While Agents Of S.H.I.E.L.D. isn’t a time travel show, it had some good potential to use that material which it squandered here. Of course knowing this show and the tempting prospect of fantasising on which time period they’ll jump to (I’m avoiding the trailers), it’ll be fun to see where the agents land up next.