Agents Of S.H.I.E.L.D. delivers an entertaining outing in its Agent Carter crossover. 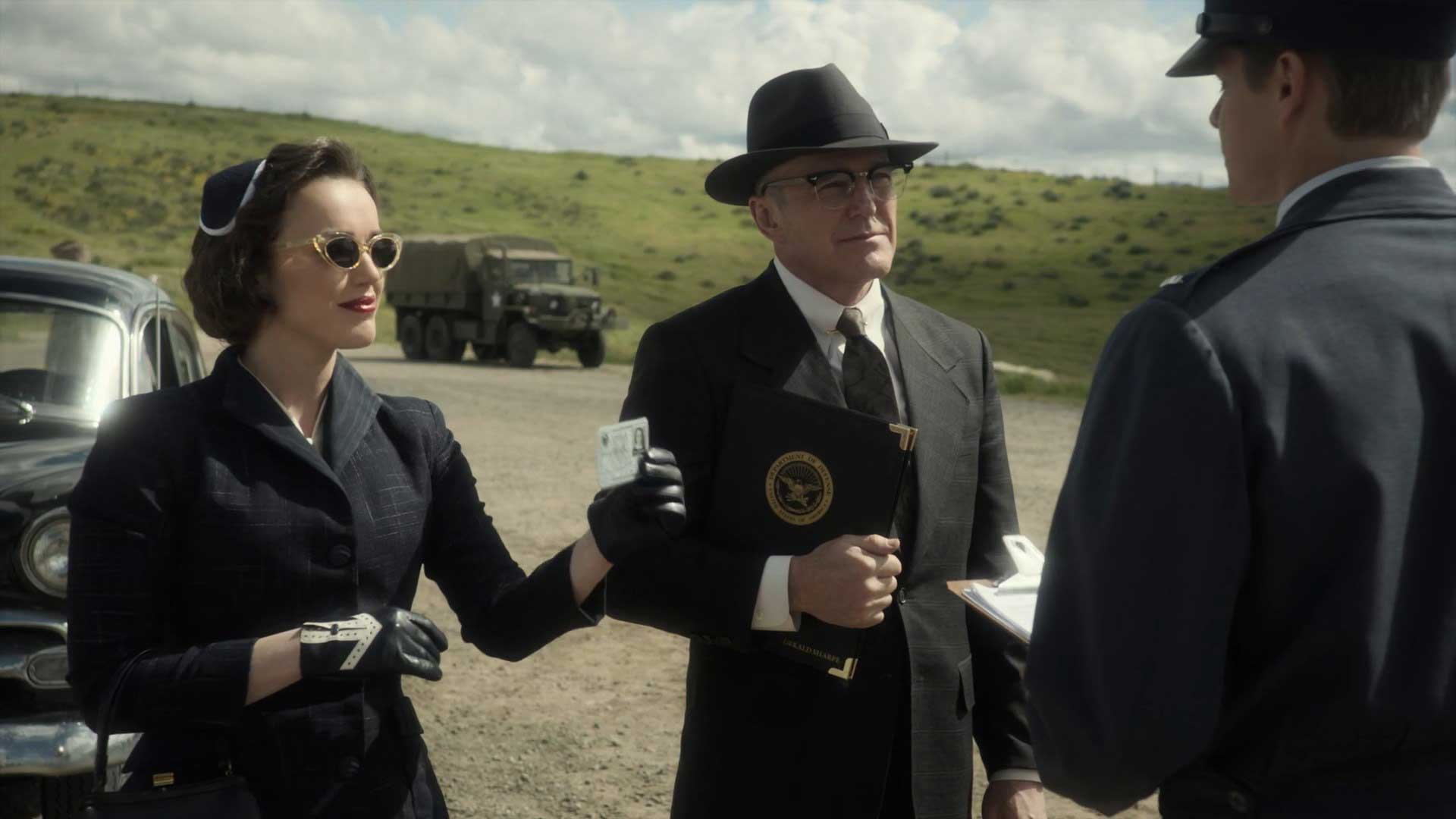 After faltering in its previous episode, Agents Of S.H.I.E.L.D. returns to being thoroughly fun, delivering an entertaining, amusing outing in its third episode that sees the team transported to 1955 to deal with the threat of a weaponizable Helius. References to Area 51, Aliens, UFO abound as the show also touches upon sensitive issues of racism and white privilege which the world coincidentally is currently grappling with.

The central plot involves the gang infiltrating an Area 51 base to stop the Chronicoms from laying their hands on an ion-fusion reactor. Simple enough although writers Nora and Lilla Zuckerman infuse enough wit, humor and deft to the proceedings to ensure the narrative moves briskly and entertainingly. Right off, seeing Coulson and Simmons infiltrate the facility, secretly a part of S.H.I.E.L.D., with Simmons posing as founder Margaret “Peggy” Carter is a flat out laudable move. Elizabeth Henstridge does her best to impersonate Peggy but perhaps deliberately does a poor job. She definitely looks the part though thanks to the meticulous costume work.

Adding to the proceedings, this episode marks Enver Gjokaj returning as Daniel Souza. He immediately outs Peggy being her former partner and his reaction and the ensuing confusion are handled competently by director Nina Lopez-Corrado. It’s immensely fun seeing people one-upping the other as Coulson-Simmons first double-cross the Area 51 guards only to be outwitted by Souza who in turn is outwitted by Chloe Bennet’s Daisy. It keeps the plot moving and entertaining and seeing Souza interact with members of this show is a Marvel TV fan’s crossover dream come true. If only we had Haylee Atwell as well.

Throughout the hour, the episode plays with the 50s setting, be it the costumes, the locations or its flashy title card which yet again changes to reflect the period, using science-fiction font of the era. We get some references to the rampant racism when the waitress gives Mack a look of disgust as well as seeing the separate washrooms for colored and white people but it’s only all too brief and cheeky; this is a Marvel show not a commentary on racism after all. There’s also an attempt at commenting on sexism when May and Yoyo pose as female pilots, of which there weren’t many around.

Most of the storyline otherwise is just run of the mill stuff. We know that the agents are going to succeed in stopping the Chronicoms. Frankly, it does get a bit irritating how each of these threats is stalled frantically at nearly the last minute, whether its just making it to the Zephyr in time for the jump last episode or Simmons and Daisy figuring out how to hotwire an EMP and trigger it in the nick of time. We’re in some solid plot armor territory here at least until we reach the penultimate episodes.

Despite the cliches, there’s fun to be had here in a similar vein to the first episode. And in a weirdly interesting way, the title summarizes all the bizarre tropes that the show tackles in this very episode – aliens, commies and time-travelling future. While Agents Of S.H.I.E.L.D. hasn’t yet reached the excellent heights it briefly climbed in its mid-season runs, it continues to hold the potential for getting there. And hopefully, we aren’t done with Souza yet.