Agents Of S.H.I.E.L.D. switches genres and goes black and white in its latest episode. 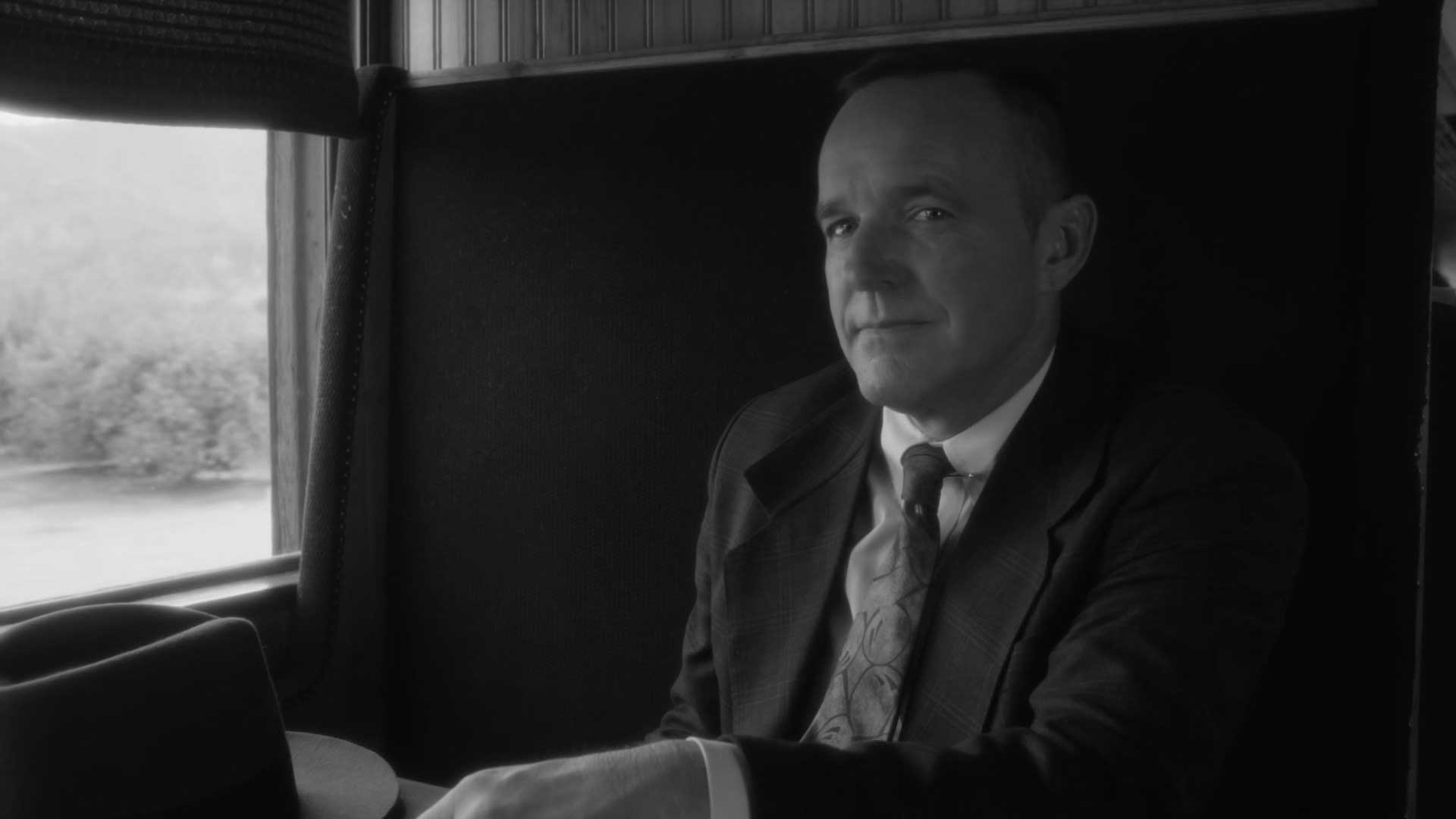 Agents Of S.H.I.E.L.D. goes ballistic and switches genres as it figures out a new way to tell its story, using the time travel gimmick to its full advantage. In the process, it also delivers an episode that could have perhaps the most significant consequences for the future of the MCU and Enver Gjokaj’s character Souza in particular.

The shock from the EMP knocked Coulson out last episode and caused a malfunction in his internal circuitry, leading him to hear inner monologues and seeing the world in black and white. Director Garry Brown working from a script by writer Mark Leitner seize this opportunity to infuse the film noir genre into this episode. While it switches back to its traditional spy-action style storytelling, its surprisingly able to maintain a noirish tone for a noticeable length, resulting in some pretty fun storytelling.

The entire episode is shown in black and white, with Coulson serving as a narrater to the audience. Tilted and slanted camera angles abound, objects are often put into focus as Out Of The Past parodies the film noir genre. It evokes not just a movie of the same name, but the iconic film Sunset Boulevard both in its choice of the opening titles and the top-down image of a man’s body lying face down in a swimming pool. Rain and smoke contribute to the atmospheric mood and one sequence in particular takes place in a train (a real train per the production) further strengthening the episode’s noirish themes.

But as much as the episode tries to go noir with the fake driving backgrounds and all the subtlest of details, the overarching storyline continues to be routine. Souza must deliver a MacGuffin device to Howard Stark on the same day that, as per history books, he died in an encounter. At the other end, Deke is abducted by Wilfred Malick and his men who initially threaten him, then release him seeing his lack of usefulness. Some intriguing moments result as May struggles to come to terms with the surge in emotions that she’s experiencing; turns out her encounter last season made her capable of feeling others’ feelings.

If it were shown in theaters, the loudest cheers would be for the final sequences when Coulson switches himself for Souza and pretends to die so that history is preserved. It’s a smart move on writer Leitner’s part to avoid the team from causing a wave so big as to distort history. As Mack so ingeniously explains, Souza’s death and its subsequent cover-up are not too dissimilar from Coulson’s death in The Avengers; where Coulson dying inspired the team, Souza’s death might have sparked a similar inspiration that they’d be robbing history of if they didn’t stage the cover-up.

But the fascinating can of worms this opens up is that it suddenly puts those supposed continuity errors of Enver Gjokaj being spotted as a cop in the Battle of New York in 2012’s The Avengers into perspective. What if, in their attempt to save Souza, Coulson and his team brought him into the present world and Souza joined the force as a cop? What if it was actually Souza who was present at Peggy’s funeral holding the casket as some people have speculated? The head spins imagining the beautiful sea of possibilities that this development holds and I’ve never cared recently for a character so much to want them to survive throughout the season just so these theories could pan out.

What’s also interesting to observe (or perhaps not so interesting depending on how many time travel movies you’ve seen) is that by having visited the past, Coulson and his team may actually be causing the events they experience in their timelines. They were the ones who planted the idea in Malick’s head that he’ll be someone important in HYDRA, which might’ve given him the evil push to actually go ahead with his intentions. And they’ve now ensured that Souza is shown in history’s record books as having died although he may still have been alive all this while. Perhaps he even visited an ailing Peggy in Captain America: The Winter Soldier but she simply couldn’t recognize him due to her memory condition.

As ordinary and straightforward as this episode of Agents Of S.H.I.E.L.D. may have been in its central narrative, it more than made up for it in its splendid execution, cinematography and the jazz background music that buttressed its noir vision. Also, the tantalizing prospects and speculation it sets up with regards to Souza’s character are mouth-watering to feast on. The ending tease of a jump a further 20 years into the 70s is just the tip of the iceberg.