The agents receive a blast from the past as a familiar project once again threatens to rip them apart. 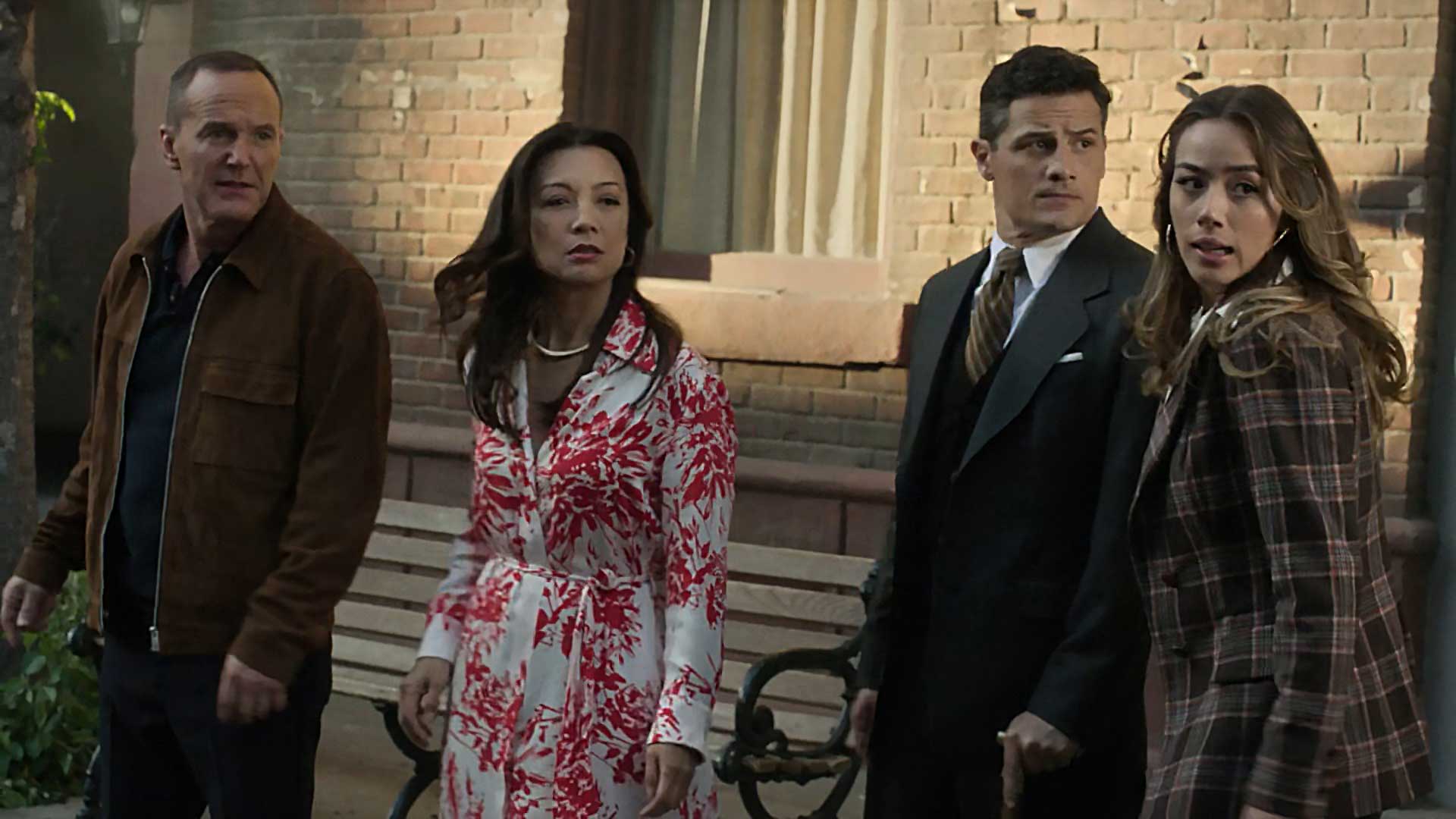 The fifth episode tied heavily into the Marvel Cinematic Universe as it pulled a plot point from Captain America: The Winter Soldier back into the show’s realm, only 40 years earlier. Project Insight has been preponed by almost four decades as our agents rush to stop the inevitable launch, clearly aware of what its true intent is. And while it was fun to see Agents Of S.H.I.E.L.D. mess around with The Winter Soldier‘s canon a bit especially after, as one reviewer pointed out, that movie completely obliterated the show’s premise, I couldn’t help shake the feeling that it’s all run-of-the-mill stuff.

Sure, it was entertaining and part thrilling seeing the Agents deal with the secret project that pretty much shook S.H.I.E.L.D., the organization and the show, from the inside out. I remember with much fondness, watching The Winter Soldier in theaters, then returning back to see the events unfold and affect the show. Due to time constraints however, the episode completely ditches any moral dilemma that made the movie so thought-provoking and turns it into a standard infiltrate and stop mission.

It does add its own few twists, the most noticeable of witch was Mack’s conundrum with saving his parents. It’s a small bit but immediately impactful and Henry Simmons has only a few seconds to sell the internal conflict he’s wrestling with. And boy does he shine, delivering a hell of an impactful performance in those few moments. The entire follow-up sequence though about Mack still capable of stopping the launch by taking to the skies felt really hamfisted and took away some of the emotional punch of Mack seeing his parents on CCTV.

The callbacks to the MCU were also fun as we got to see the likes of Bruce Banner become Insight targets, seeing the potential threat they would pose to HYDRA. The episode’s visual effects were commendable, especially in the launch sequence which likely features some of the most stunning CGI work ever seen on the episode. It easily rivaled the likes of the Rift seen in Captain America: Civil War; the underwater launch-pad evoked a similar aesthetic and was too polished compared to its movie counterpart but it was exhilarating to see the long swooping virtual camera takes so flawlessly executed.

But amid the polish, the episode lacked a lot of the emotional finesse that made some of the previous season’s episodes more personal. I’m sure it’s being saved for future episodes but one can’t help feel it’s too routine for you to feel any invested. We know by now that the agents are going to be able to stop the launch somehow, their surroundings barely pose a perceivable threat to them in any way. With this being the final season, I was expecting a little unpredictability and more risk taking in that regard.

What was and continues to remain a stroke of genius though is the show’s use of its time travel humor. This manifested itself in the wacky intro with 70s style voice over introducing each character with the actor playing them, using scenes from the past. The intros have become one of the major factors I look forward to every new episode. It was all excellently done and succeeded at evoking the feel of a 70s TV drama.

That said, I have faith in the show and confidence in the showrunners that they will sail it to a logical and satisfying conclusion. On the strength of their past and hope for the future as well as Mack’s highly fulfilling emotional moment, I will add half a point to the score.