Souza joins the present-day SHIELD and becomes an integral part of their time travel odyssey resulting in the season’s strongest episode yet. 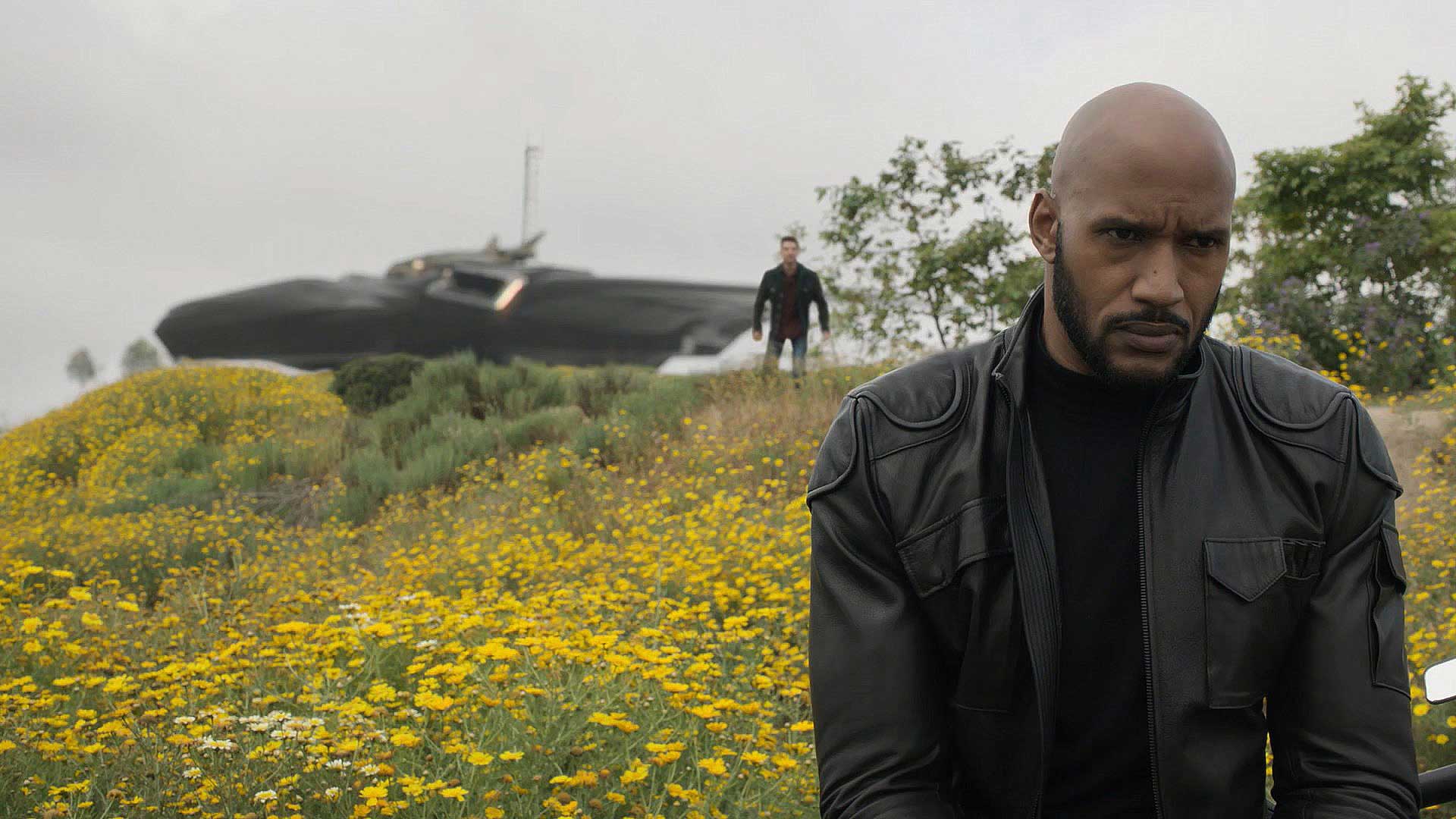 After joking around their time travel adventures, Marvel’s Agents Of S.H.I.E.L.D. delivered some truly emotional and serious moments, making characters wrestle with the uglyness of being in a different time and setting. Mack had to not only confront some of his biggest hopes but watch them birth new fears and embrace trauma on an unimagined scale. Simmons’ erratic behavior was also clarified albeit with a lesser satisfying resolution. On that front, this could very well be the season’s strongest episode by far.

Let’s get the mediocre stuff out of the way. There’s some action that the Zephyr engages in after it gave up its location last week by firing at Project Insight’s missiles. The ensuing turn of events is not worrying since we know our gang will figure a way out of this. It however serves as a good plot device to finally reveal what’s on with Simmons’ neck pain. Turns out she had Enoch implant a memory blocker that’s preventing her from remembering Fitz’s location to avoid any danger that it may pose to his life. Quite underwhelming I must say but at least it’s out of the way and better than some last minute twist that would’ve seen Simmons revealed as a Chronicom. We still have May’s emotional block to overcome though.

The heart of the episode is the real-life Simmons. Henry Simmons as Mack has a lot to deal with as he first rescues, then bonds with his younger parents in a family moment that turns ugly when the truth is revealed. The ensuing interactions that follow along with the rug being pulled from under Mack’s nose when he realizes that his parents are Chronicoms donning their faces, with the real parents likely dead is gut-wrenching. The resulting trauma of dealing with the fact that he already lost his parents and was bonding with their copies, not to mention having to push his “mother” out of the Zephyr is enough to leave Mack with lasting scars. He’s completely unfazed when the Zephyr leaves him and time jumps to a different period in the final stinger and you get the sense of a broken man. It’ll be interesting to see how far Henry Simmons takes this act or if the show’s machinations will force him back to his usual self.

The other big piece of the show was about Coulson’s confrontation with Chronicom leader Sybil. Suffice to say, it’s a true hero, applause worthy moment that sees Coulson deliver a kicker of a line: “Dying, it’s kinda my superpower now”. The show’s fans will attest to that – to the number of times he has seemingly died and returned – and even Melinda May is getting tired of this act now. For once, she wants a resolution: either Coulson stay dead so she can mourn him once and for all, or he return permanently so May can make peace with the fact. Makes sense if you ask me.

It’s laudable how much the show has embraced Souza and almost promoted him to a lead status. He pretty much carries his segments with Daisy as she’s sapped of her powers and he makes her stay awake. The sequences here do appear a bit cringe-worthy and reek of a forced romance between the two, as if Daisy hasn’t had her share of adventures and tragic losses to deal with (Ward, Lincoln). I’d prefer if the show not venture that path especially since Souza also had a thing for Peggy (and likely still does) – if for nothing else, than to preserve the sanctity of the relationship. I also hope this isn’t setting Souza up to die since him staying alive adds gallons of fuel to the infinitely fun MCU crossover theories.

As we now move to the 80s, it’ll be interesting to see what kind of tricks and references the show pulls up, seeing as it already used The Terminator reference which was actually released in 1984 (I guess I didn’t mention this in my previous review but boy this was hilarious). The 80s has proven to be perhaps the heaviest decade to rely on for nostalgia so I presume the show shouldn’t have a hard time. I was also mistaken for believing that the show will only run for 7 episodes when in fact, there’s going to be 13 episodes. I know it’s been avoiding years and eras that clash with the movies but I sure as hell would love to see them in the 90s, seeing as Coulson actually had a role to play in Captain Marvel.

Agents Of S.H.I.E.L.D. Season 7 Episode 7 Review: The Totally Excellent Adventures Of Mack And The D