Agents Of S.H.I.E.L.D. Season 7 Episode 7 Review: The Totally Excellent Adventures Of Mack And The D 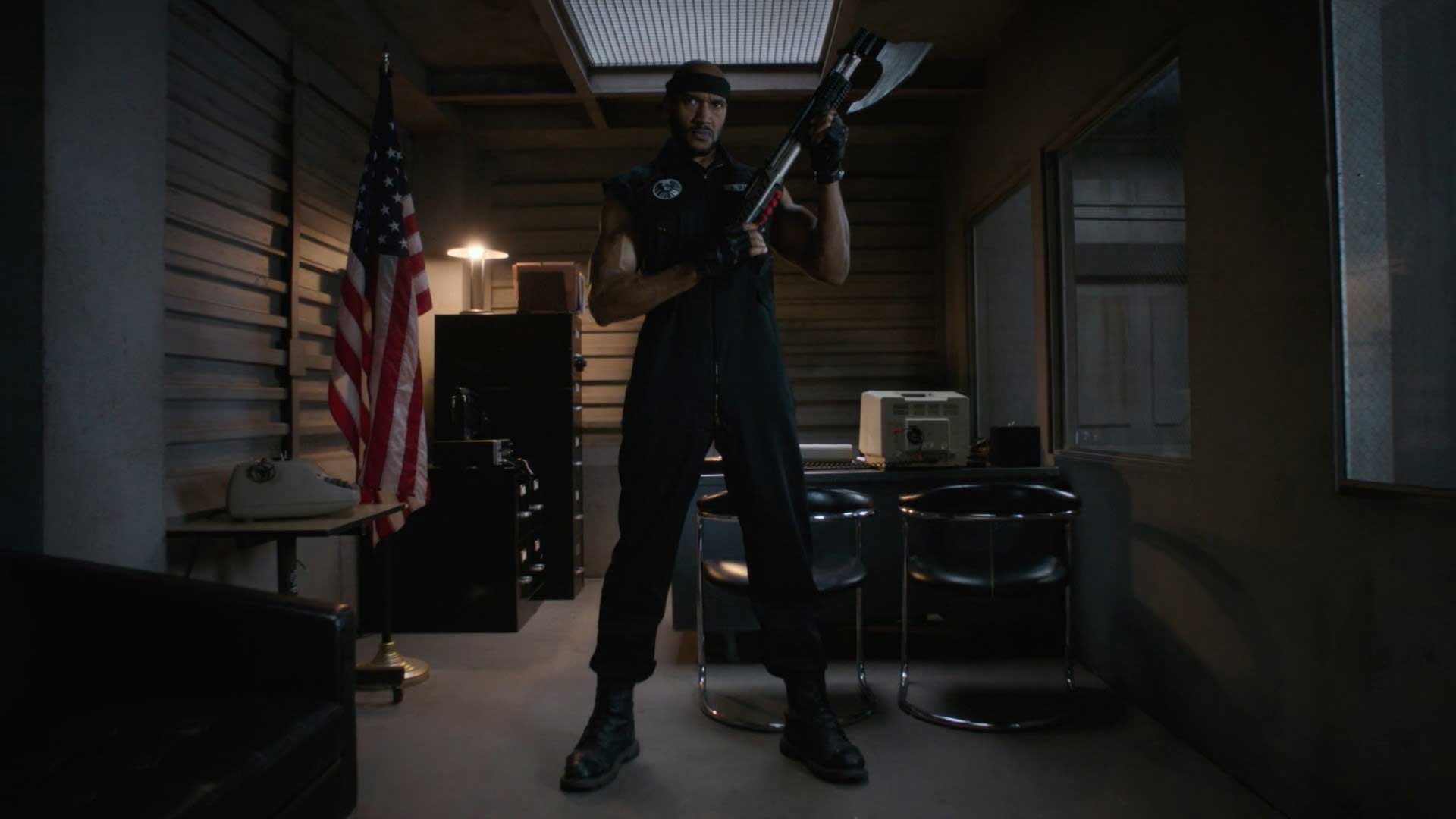 Marvel’s Agents Of S.H.I.E.L.D. outs a standalone episode of sorts, using its disconnect from the core storyline to deliver a highly nostalgic retro hour packed to the brim with 80s references. It however also recognizes that it has a heavy storyline to carry from and lets Mack grieve for quite a while before the 80s frenzy kicks in.

Pretty much most of the first half of the episode is letting Mack absorb the gravity of what he’s just dealt with. As you expect, Mack is a broken man and stays disillusioned for almost a year, sulking, consuming TV and gulping on beers. It’s as close as the MCU gets to replicating a brooding Thor from the MCU in Avengers: Endgame only that being a movie, the transformation was much more dramatic. I commend the writers for giving this recuperating phase the much needed time and refraining from skipping over it. It leads to some tender character moments that the show does very well.

The back half is chock full of 80s bits with the core storyline of robots harming humans evoking Short Circuit with echoes of The Terminator. The cinematography, tone and dialogue in general alongside the fascination with emerging technology screams the decade, with even the gallons of blood oozing out evocative of the over-the-top slasher films back in the day. Throw in Mack suiting up Rambo style, a Back To The Future esque time travel aspect and The A-Team montages and you’ve got yourself a heavily nostalgic outing. Some of the bits are very subtle such as the transitions from one scene to the next which resemble the wipe transitions so commonly used in the Star Wars movies. And while not all the new characters land well, I’m especially fond of the Chang brothers and hope they were a more central part of the team going forward.

But as much fun as it is, it risks cheapening the tough coping up period that Mack went through. Seeing him all depressed for one half of the episode and then suited up, teaming with Deke and a TV Coulson straight out of Max Headroom and playing ball with the early SHIELD agents to get rid of violent robots reduces the impact of the earlier moments. There are still heartwarming moments with Deke and Mack and the former watching out for the latter’s son is touching. Dig deeper though about the realities of Deke and Mack being able to sustain themselves in the 80s for 20 straight months and the plot holes start popping up like crazy.

As far as the overarching emotional journey of the characters go, the episode does a fine job mostly. The timeline ripples, or rather waves, caused by their actions might result in a better relationship between Mack and his brother. Mack has dealt with a lot of family trauma already with the early seasons being especially focused on his attachment to and subsequent loss of his daughter. Seeing himself fight and lose his family just brings it up full circle but makes it much worse. Perhaps letting Mack reunite with his daughter in one of the future time jumps may prove to be the ultimate catharsis for him.

Overall, The Totally Excellent Adventures Of Mack And The D, inspired in its title by Bill And Ted’s Excellent Adventures, is a mostly fun outing that sidesteps the core plot to have some fun with the 80s and let two of its most antithetical personalities bond together. I’m hoping that the back half of the season will cut down on relying simply on time travel references and use its episodes wisely to wrap up the storyline in a satisfying way. The preview at least makes us believe that it’s on to something interesitng.