Plus some minor details about the 100th episode itself

Plus some minor details about the 100th episode itself

Agents Of S.H.I.E.L.D.Marvel Cinematic UniverseMovies
By Divij Sonak On Feb 25, 2018 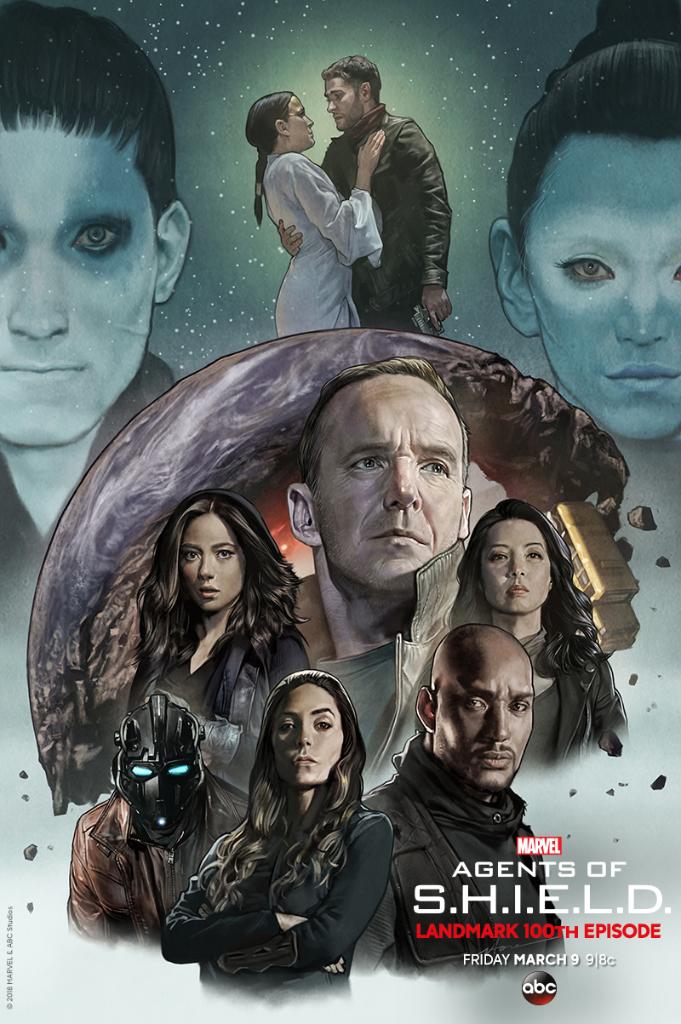 The Marvel Cinematic Universe’s first TV Show has come a long way. Starting off with a heavy reliance on its tie-in with the MCU, the show now stands strong on its own two feet. And despite fledgling ratings, each subsequent season of the show has been received better than the previous one, keeping the episodes rolling. In three weeks from now, Agents of S.H.I.E.L.D. is all set to get its 100th episode which marks a significant milestone for any TV Show from a syndication revenue standpoint, so congratulations on that.

To commemorate the achievement, Marvel released a pair of posters for the show’s fourth and fifth Season respectively in a style that’s reminiscent of the old 80s one-sheets and yet pays homage to the show’s several important story arcs. The Season 4 poster is heavy on Ghost Rider with the central characters enclosed in the demon’s flames emanating from his head, while also throwing a nod to some of the other stories that played out during the three pods such as the L.M.D. Aida, the Framework and its creator, Fitz’s turn as an antagonist and even the Patriot’s tragic turn of events. The Season 5 poster for the show’s aired 11 episodes is heavy on the destruction of earth and the show’s Kree antagonists – Karius and Sinara – while also giving some spotlight to the Fitz-Simmons romance and Deek in his Peter Quill-like mask. You can check out both posters in the gallery below. 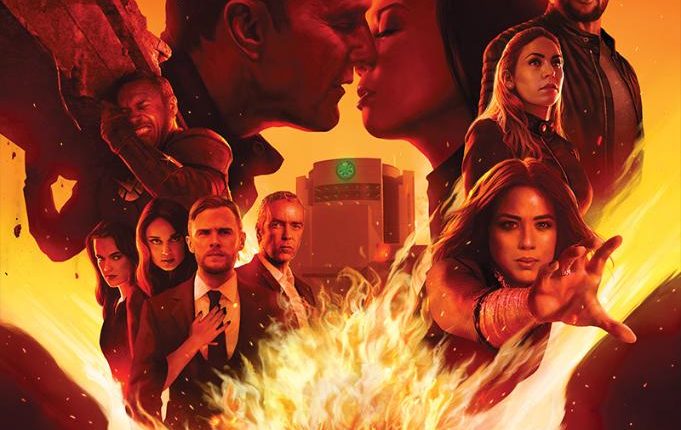 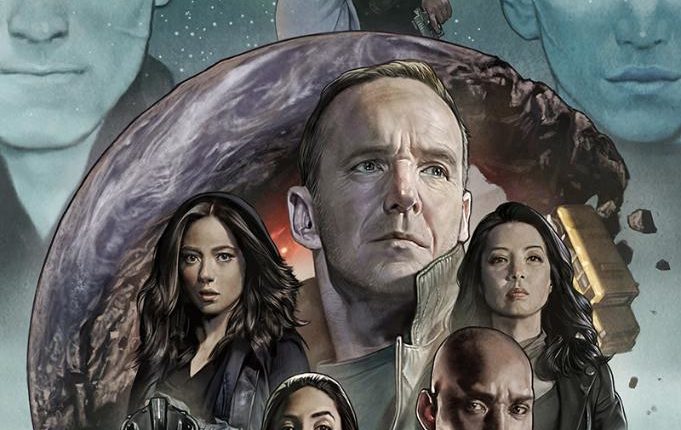 Additionally, Entertainment Weekly correspondent Natalie Abrams revealed some info about the show’s special in response to a tweet inquiring about the same. Those wanting to avoid any spoilers might want to turn back at this point. Specifically, she stated that villains Hive and Lash are slated to make an appearance in the 100th episode. While the circumstances of their appearance are questionable given the fates meted out to them, Agents of S.H.I.E.L.D. has been particularly smart about reintroducing past characters, especially Grant Ward. One possible scenario could be an altered timeline; towards the end of the 11th episode, the agents could return back to a potentially parallel universe with some events of the past altered for good effect. Two of such events could have to do with the outcomes of characters Hive and Lash. If that’s the route they’re going to take, it could be effectively used by them to bring Grant Ward back, perhaps even as a protagonist in this altered reality. Moreover, this could be used by the show to separate itself from the events of Earth-199999 i.e. the MCU movies and create its own reality, one where its outcomes no longer need to adhere to the cinematic events that unfold in their own universe.

What are your thoughts on these theories? Do they seem too far-fetched or within the realm of plausibility? And how did you like the posters? Let us know your own theories in the comments below. Agents of S.H.I.E.L.D. resumes its run on March 2, 2018.