We think Nick Fury is the most likely person to bite the dust in Marvel's Avengers: Infinity War. Here's why.

We think Nick Fury is the most likely person to bite the dust in Marvel’s Avengers: Infinity War. Here’s why.

Let’s face it, there’s no dearth of theories revolving around who will or will not die in Avengers: Infinity War. Every now and then a new list of people comes up who fit the criteria perfectly enough to bite the dust in Marvel’s 10 years’ worth of storytelling coalescence. From Tony Stark to Steve Rogers to Vision and Scarlet Witch, a lot of people have been predicted as being the ones that will end up being the casualty of this mammoth epic. So is there anything new we could we possibly add to this endless tree of theories?

As it turns out, there is. After going through the movie’s recently released trailer, promotional materials, and shooting reports for the upcoming but untitled Avengers 4, we have our own theory as to who writers Christopher Markus and Stephen McFeely could end up giving a noble death in their first of dual Avengers movies. And if the past is any indication, the answer may bring in an air of familiarity.

Before we proceed of course, a short disclaimer. We generally don’t do fan theories and stuff unless we feel we have something interesting to say that hasn’t been covered out there at least as extensively. We also understand and wish to make it clear that these are solely our own theories based on speculation and should not be taken as official proof of anything. And as is the case with such theories, they may or may not end up being true but they’re fun speculating nonetheless. Now that we have all the mouthful out of the way, let’s jump on to the theory itself.

There have been huge talks of death, destruction and consequences in Avengers: Infinity War and the untitled Avengers 4. Call them physical deaths or psychological damages, there has got to be some sort of heavy and permanent impact for Thanos to be justified as the big baddie of the MCU that he is hyped at being. But for anyone who’s been following shooting scoops for Avengers 4, almost the entirety of the cast of the third Avengers flick set to return. Robert Downey Jr., Mark Ruffalo and Gwyneth Paltrow have already been spotted at the set of a funeral sequence while Paul Bettany, Elizabeth Olsen and Scarlett Johannson recently announced their parts having wrapped up. Thor, after his character’s revival under Taika Waititi, has become all the more less likely to die away soon while James Gunn is already at work on Guardians of the Galaxy Vol. 3 featuring most of the original cast.

In fact, this holds true for most of the newly introduced heroes. Because they’re newly introduced, it makes no sense for people like Stephen Strange, T’Challa or even Scott Lang to be killed off (the latter has his own movie coming out two months after Infinity War). And we all know that the unknown movie out in Jul 2019 after Avengers 4 is Spider-Man: Homecoming so that rules out Peter Parker as well. Are the filmmakers then going to pull a Civil War on us and leave the characters with more psychological than physical trauma? As it turns out, there’s one character who’s been missing in action for quite a while and who fits the bill perfectly for a noble send off. He’s the founder of the Avengers initiative, the one who appeared at the end of Iron Man in 2008 and kicked off this shared universe frenzy.

That’s right, Nick Fury. After his colleague fell at the hands of Loki’s spear during The Avengers, something which contributed dramatically to uniting the discordant team, there are signs the Russo brothers could do the same with Nick Fury in Infinity War as well. 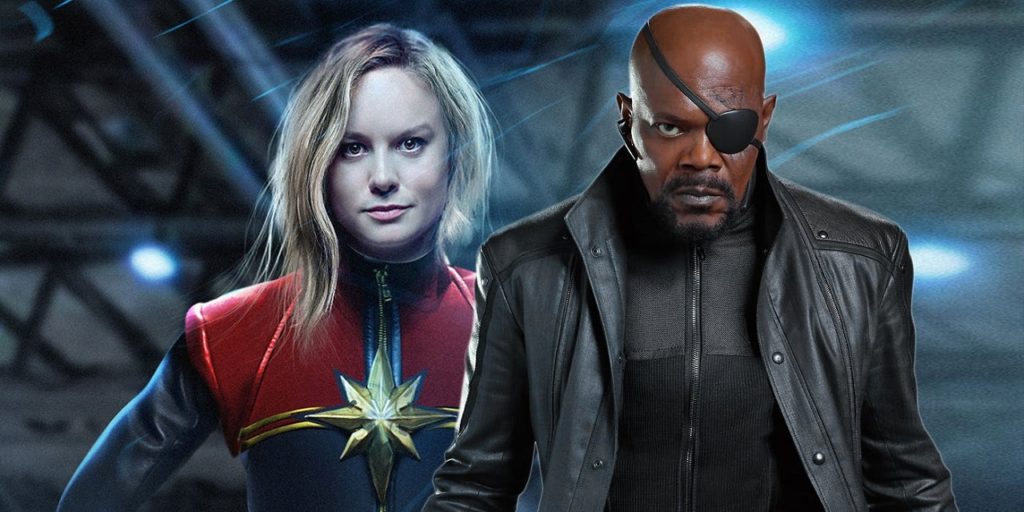 So here’s how things could play down: In the bid to get his hands on the stones, Fury ends up being one of the major casualties of Thanos. This seemingly important death pushes Rogers and Stark both to keep their differences aside at least momentarily and battle Thanos together as a team. His death also leads o a poignant funeral in Avengers 4 and when Ms. Marvel learns of it, she gets additional motivation to join the Avengers in the battle with Thanos. The only hiccup in this? It sounds an awful lot too familiar to the first Avengers movie and maybe even Captain America: The Winter Soldier (without getting into spoilers) and, if done wrong, could make it feel as if the Russos pulled The Force Awakens on us. Seeing what their team has brought us so far though, its highly doubtful that’ll be the case.

At this stage, there’s so little to go in for Avengers: Infinity War plot-wise that this theory could either end up being true, false or just a piece of a giant puzzle that directors Anthony and Joe Russo have planned for us. What are your thoughts on this? Do you think we got it right? Or do you think this is an incorrect prediction that will end up collapsing under its own weight? Let us know your thoughts in the comments below.