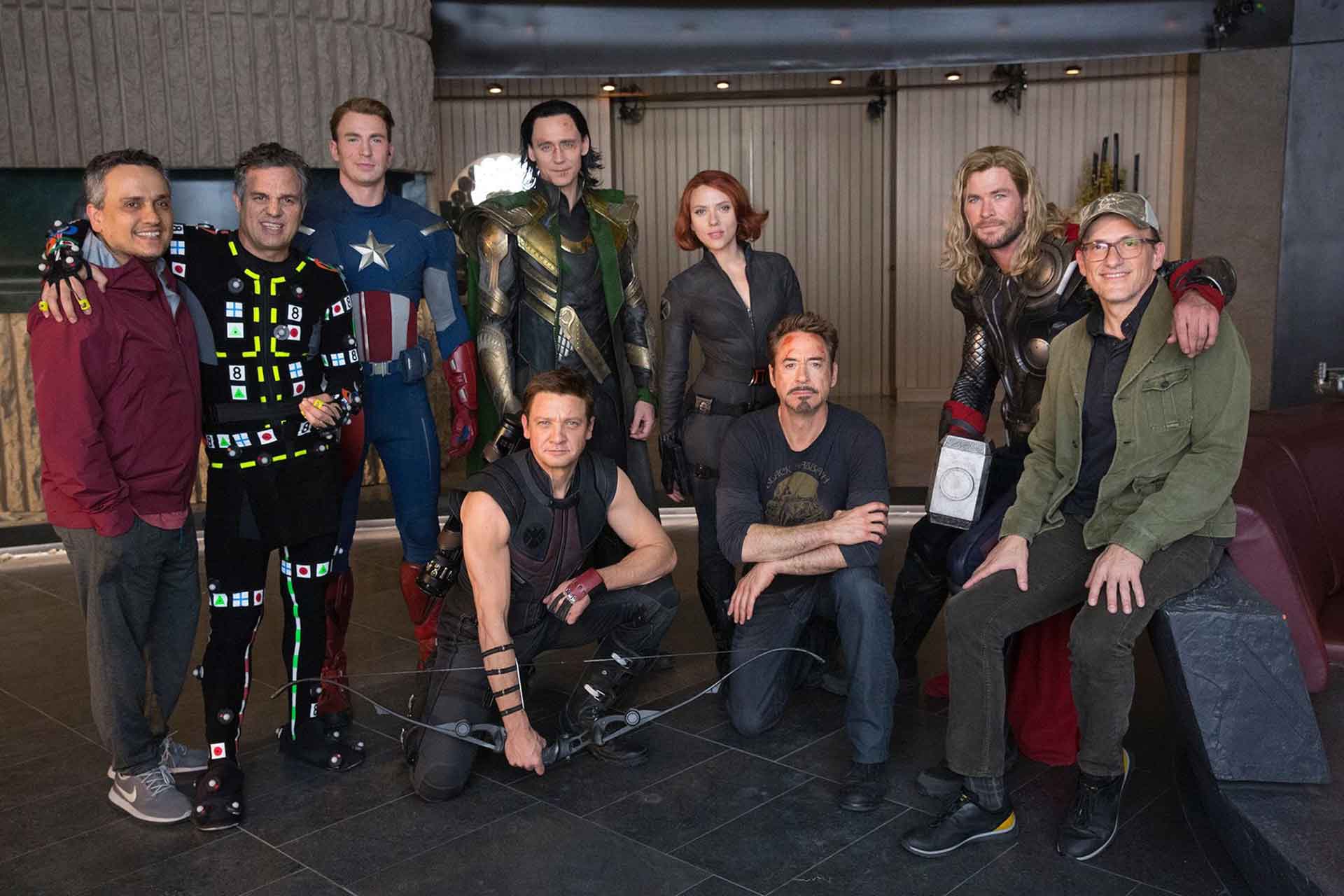 With everyone hosting watch parties, how could the biggest Hollywood movies of all time be left behind? Directors Anthony and Joe Russo hosted watch parties on subsequent days for Avengers: Infinity War and Avengers: Endgame respectively. They revealed a plethora of new behind the scenes information and tidbits from Avengers: Endgame, most of which I’ve compiled in this post here.

The Russos frequently shared images and videos to accompany fans as well. This includes some new stills of Jeremy Renner with his on-screen Hawkeye daughter whose name was revelaed to be Ava Barton. Another interesting bit about Hawkeye is that his fight sequence as Ronin was actually shot in Downtown Atlanta, which the production crew completely transformed into Tokyo.

The Russos also revealed some other set locations from the film. Besides sharing some looks at New Asgard, the brothers revealed that Ant-Man’s time travel scene was shot in Sany Trucks US Headquarters while the Durham Cathedral served as the location for scenes involving Thor and Rocket where they revisit Asgard from Thor: The Dark World.

Per the Russos, the hardest scenes to get right in the movie involved exposition instead of behavior. They cited the interaction between Mark Ruffalo’s Bruce Banner and Tilda Swinton’s The Ancient One as the hardest to crack. They also reveled in the nostalgia element involved in recreating scenes from the old movies as well as the emotional moment of filming Stan Lee’s cameo. It took about 4 days to shoot the elevator fight scene from The Winter Soldier.

The director duo also gave a behind the scenes look at the filming of the time travel sequences in New York. These were the same sequences whose filming leaked and gave major clues to the storyline as early as in 2018.

Avengers: Endgame was recently labeled as the most profitable movie of 2019. This is only one of the several records it’s created after charting an insane opening weekend, becoming the highest grossing movie, and also having the most viewed Wikipedia article among the few notable ones. There are reports that Marvel may be planning a New Avengers or Young Avengers movies or shows but nothing concrete has been finalized or announced as to where Avengers as a brand goes next.

Free Guy Features On The Cover Of Total Film