Check out a brand new trailer commemorating the announcement

Check out a brand new trailer commemorating the announcement 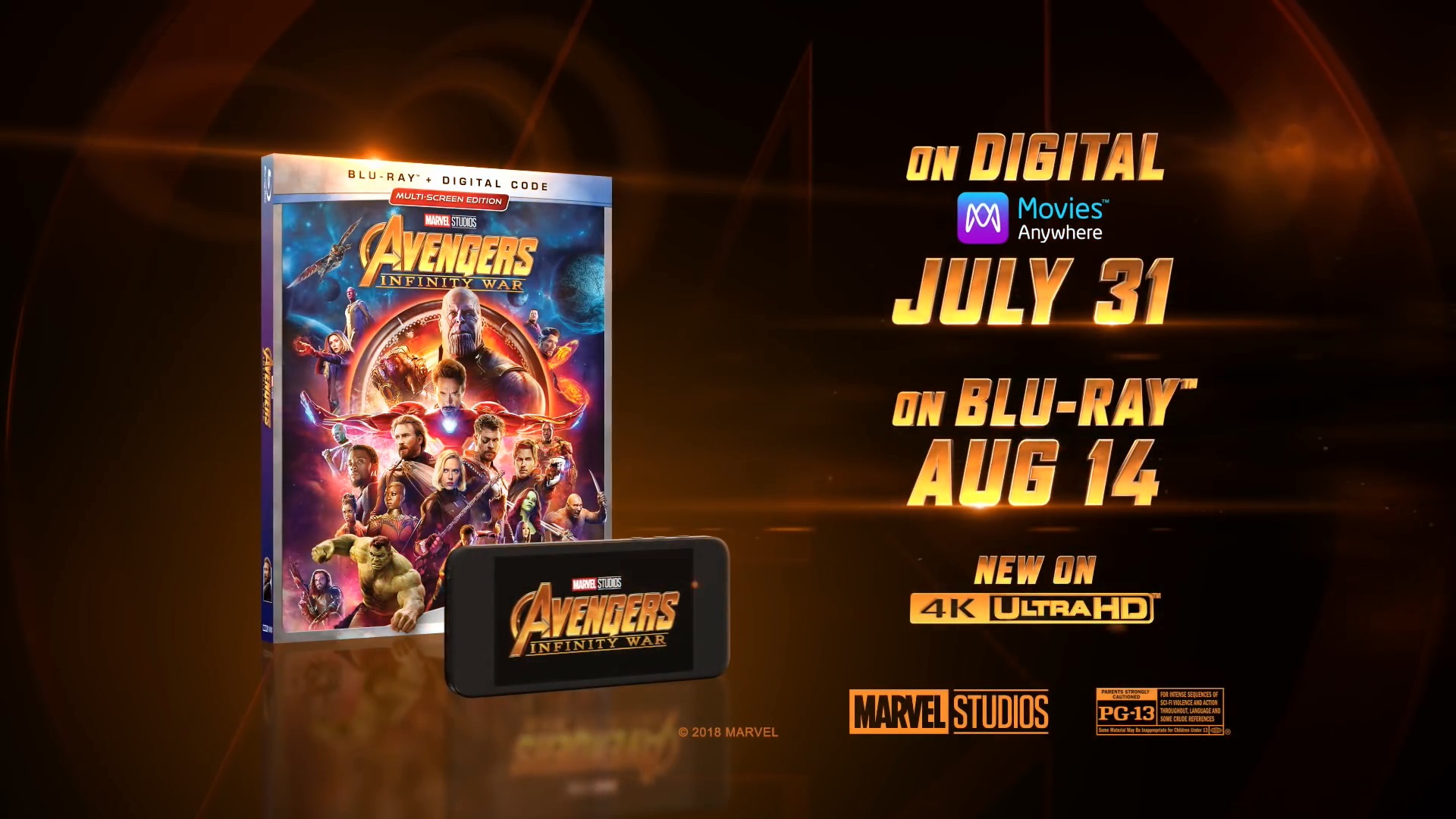 Avengers: Infinity War stormed its way to a $2 billion global box-office haul and now it’s time to bring the ensemble home. Marvel Studios officially announced the home entertainment release dates of the movie yesterday. From the looks of it, Infinity War will follow the tradition of most other movies by arriving on Digital HD first on July 31, before setting foot over Blu-Ray on August 14. To commemorate the announcement, Marvel also released a brand new trailer just as it had done for Black Panther two months before.

A fair word of caution though for those who still haven’t seen the movie and are looking forward to catching it on home media for the first time: the trailer spoils huge moments from the movie so avoid if you can. For the rest, check out the trailer below:

Clearly, this was made by a separate marketing team as it’s hardly up to the mark of the astounding and epic trailers we’ve been treated to for Infinity War thus far. And quite naturally, the trailer makes no bones about containing any secrets as it spoils some important interactions whose sanctity the filmmakers had managed to preserve for the theatrical experience. Regardless, it’s a fun watch and a good thing to learn we’re so close to owning this movie on home media.

Marvel also released a list of bonus material that we can expect with the movie’s Blu-Ray release. And for fans who’re wondering, yes there are deleted scenes albeit not as much as some outlets are reporting; there’s around 12 minutes worth of new material. There’s also the usual assortment of behind the scenes features that talk about the epic battles towards the movie’s climax. Check out the complete list below:

Marvel’s Avengers: Infinity War will be available on DVD, Blu-Ray, Digital HD as well as 4K with a Target-exclusive Funko UHD and Best-Buy exclusive Steelbook 4K edition. Head on over to the source link to place your orders now.

How Ant-Man And The Wasp Connects Avengers: Infinity War And Avengers 4