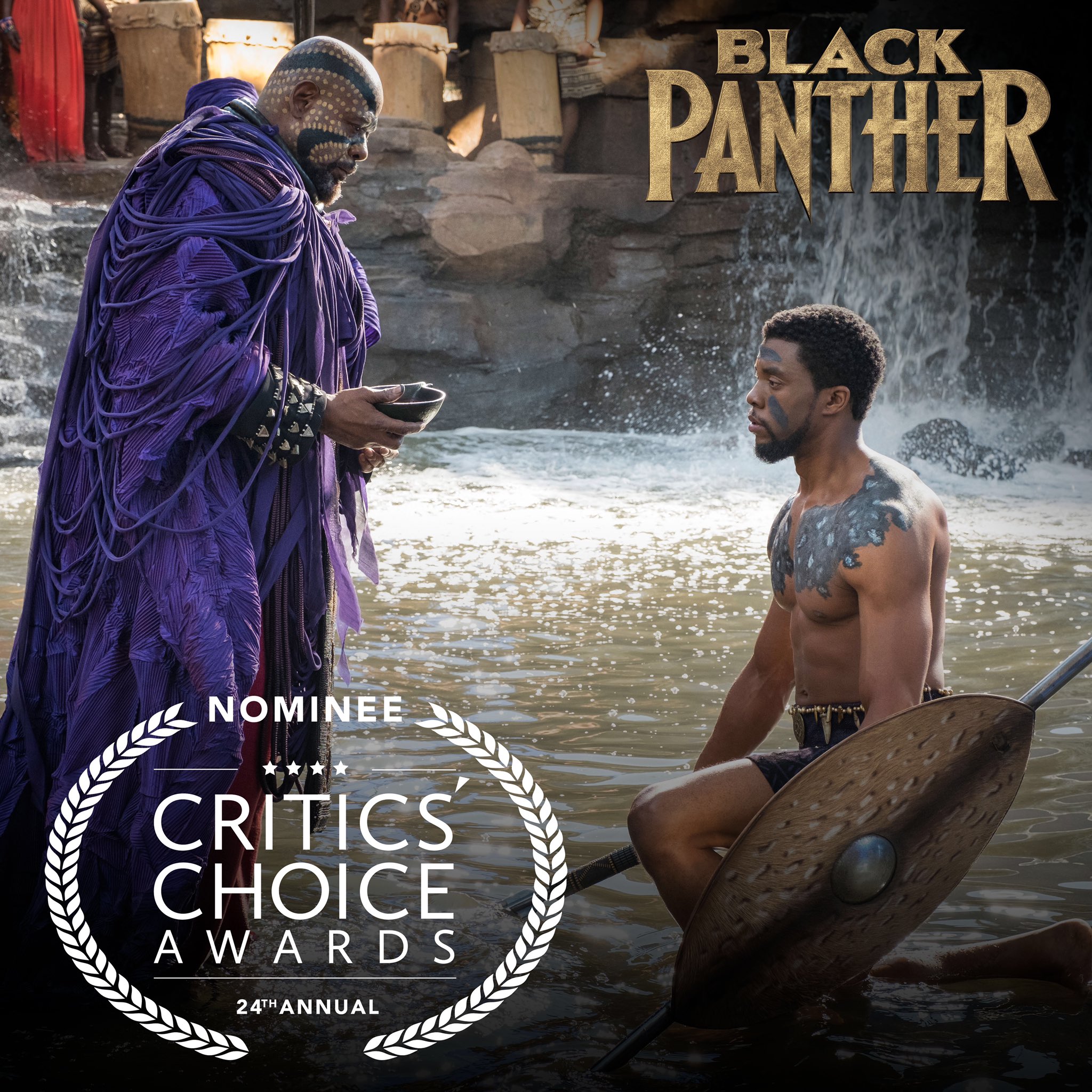 Marvel Studios has made its presence felt at the Critics Choice Awards nominations which were released a while ago. The studio’s Black Panther has been nominated for a whopping 12 awards, including Best Picture. On the other hand, its wildly successful Avengers: Infinity War has also secured two nominations for Best Visual Effects and Best Action Movie respectively.

Meanwhile, among the plethora of nominations secured by Black Panther are nods for Best Score, Best Song, Best Action Movie, Best Visual Effects, Best Hair and Makeup, Best Costume Design, Best Production Design, Best Cinematography, Best Adapted Screenplay, Best Acting Ensemble, Best Supporting Actor, and Best Picture. Of these, I have a lot faith in Black Panther taking home the awards for Costume & Production Design with a long shot at securing one of the biggies (Adapted Screenplay, Supporting Actor, Picture). The other nominees are solid as well and it’s certainly going to be an interesting fight.

The nods come as Disney and Marvel are making a strong push for Black Panther as an awards contender in the major categories. It’s one of the few superhero movies, perhaps even the only one since The Dark Knight that is genuinely considered as having a shot at the Best Picture category. Hopefully these nods should translate into a corresponding nomination at The Academy Awards as well, something which we should find out about in the next month or so.

As an aside, might I add how refreshing it is to see Damiene Chazelle’s First Man land 10 nominations, including the big ones for Best Picture, Best Actor (Ryan Gosling in a supremely understated and subtle performance), Best Director and Best Adapted Screenplay. Let’s hope it takes home a few of these awards after it was snubbed at the Golden Globes, whose nominations were released a few days back.

You can check out the complete list of nominations in the source link below. It’s kinda sad to see Ant-Man and the Wasp not earn a single nomination, not even for Visual Effects.

Let me know what you make of this in the comments below.

Godzilla: King Of The Monsters Trailer 2 – It’s Ghidorah Vs Godzilla