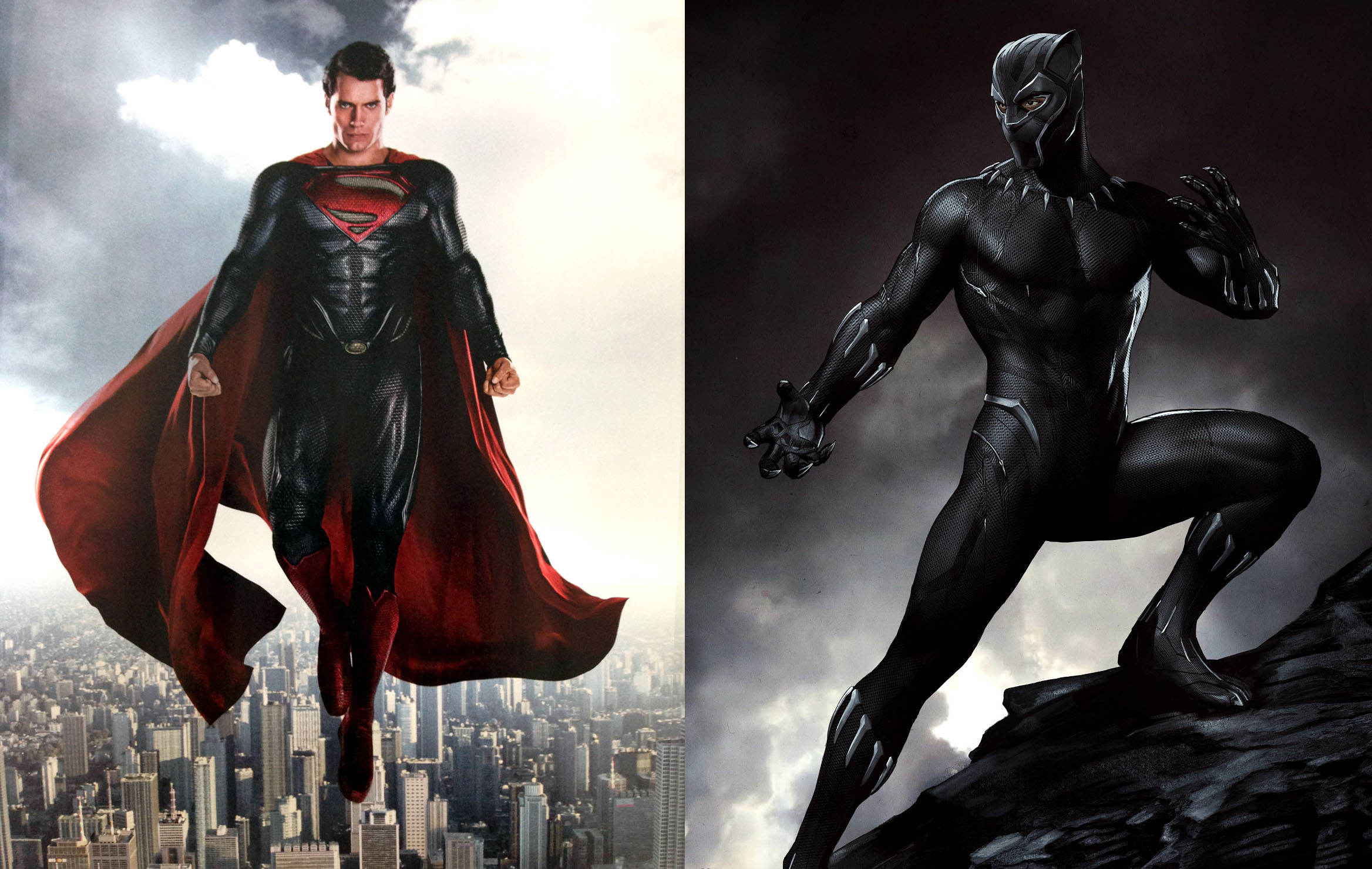 Fans may crib and fight all they want about the rivalry between Marvel and DC but time and again, it has been proven that this feud is nothing but an internet concocted fan-war with the actual executives themselves bearing no ill-will towards each other (well, at least not too much). In fact, they may even look to each other’s movies for inspiration as this recent piece of news indicates.

Marvel Studios’s eighteenth film in the Marvel Cinematic Universe may be unstoppable at the box-office but even so, it took inspiration from one of the early DC Universe movies for a pivotal piece of its production. Costume Designer Ruth Carter explained in a conversation with Inverse how she was inspired by Michael Wilkinson’s work on Superman’s costume in Zack Snyder’s debut DCEU movie Man of Steel. She was especially enthralled by the Kryptonian phrases and markings embedded throughout the suit and the silver sheen that it let out when it stuck tightly on to actor Henry Cavill’s body and went on to create a similar effect with Black Panther’s suit.

When I observed Superman’s suit and his texture, I could actually see the musculature underneath was silver. I thought this is fabulous for the Black Panther.

She sought to make Black Panther’s costume thin and lighter, almost like nylon. Chadwick Boseman had previously complained about his costume being too tight in Captain America: Civil War to the extent that it barely left any room for passage of air. This time around though, the costume was light enough that it almost felt like a second skin. Emphasizing and elaborating on wanting to stick to a thin fabric, Carter explained:

We’re gonna use that suit, make it ‘vibranium,’ because it needs to feel laced in vibranium and have luminosity. The muscles needed to have the highlights that the silver would give underneath. That’s why I stuck to the thin fabric.

Certainly interesting stuff if you ask us. For all the hate the early DCEU movies received, one can’t fault their production values and technical accomplishments; Man of Steel after all had a massive $225 million production budget. Check out the full piece at Inverse at the source link below for more insight on the costume design process for 2013’s Man of Steel.

Black Panther is in theaters now.