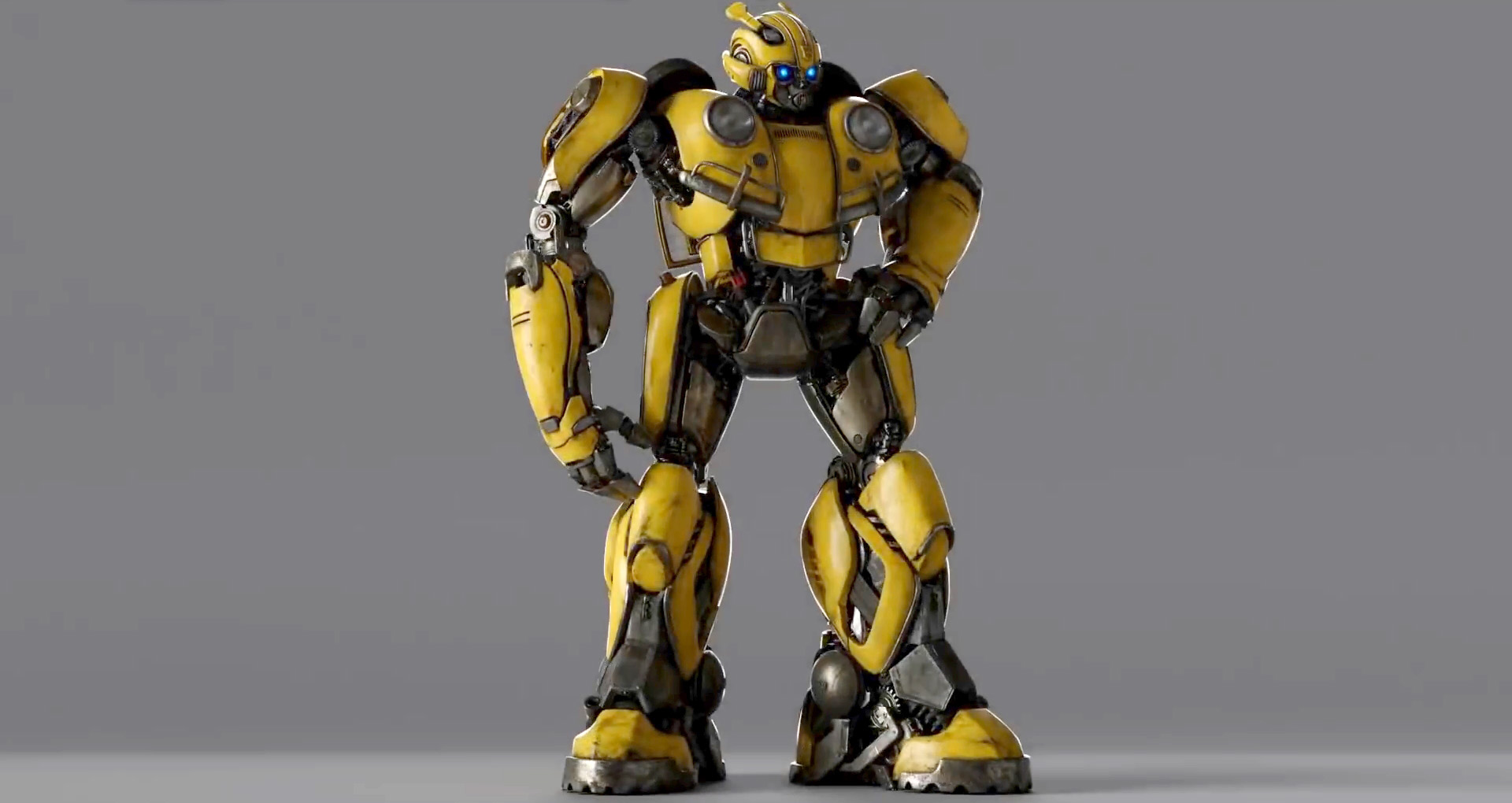 As a franchise, Transformers is best known for its visual effects. Seeing all those vehicle transformations into robots back and forth in 2007 was a CGI novelty that VFX pioneer Industrial Light & Magic (ILM) pulled off after years of hard work. It led to a transformation standard that was adopted by ILM on other movies such as Iron Man. And despite its considerably lower budget compared to Michael Bay’s Transformers movies, Bumblebee had its fair share of effects and battles to deal with.

Cartoon Brew had a chance to chat with ILM Visual Effects Supervisor Jason Smith and co-animation supervisor Rick O’Connor on some of the techniques they used in transforming Bumblebee between his robot and VW beetle form. The duo revealed lots of info in the process that makes for an excellent read; we’ll attempt to summarize the key takeaways here.

Smith explained how back in 2007, they had absolutely no idea how they were going to pull the transformations off. They started off by mapping every robotic part to its corresponding vehicle counterpart on an almost 1:1 scale, which turned out to be nightmarish. Eventually, they accepted that they’ll need to cheat their way through the transformations to accommodate different camera angles and allow themselves more flexibility in animating the moving parts.

Which presented a different challenge: the animations took time and needed to be decoupled from the rigging team. To do this, Smith wrote a tool dubbed TFM that helped the animators take pieces on the fly, attach them to a hinge, and generate a crude animation for them dynamically to can the shot. The effects artists could then polish it as much as they could. Before I lose the context in technical translation, I’ll let Smith’s words do the talking.

What those tools allow the animators to do was, on the fly, let them grab some pieces, regardless of how they’re rigged, and say, ‘I want to move these as a unit.’ And, they were given a few hinges that they can place, where they say, ‘I know I’m going to want it to fold back that way, so I’ll put it in here. I know it’s going to spin while it does that, so I’ll put a hinge right in the middle that can spin.’ And, once they’ve placed those hinges, they can push a button and that becomes a live rig that they can now animate as pieces along those hinges.

The rigging tool went on to be immensely useful to achieve similar effects in other movies like Marvel’s 2008 Iron Man. The tool won an award and underwent several enhancements over the years, lettting animators specify the amount of time in seconds they wanted an animation to continue. Again, I’ll let O’Connor’s quote from Cartoon Brew take centerstage.

This new approach helped immensely because the animators could dictate how long a transformation needed to be within the given guidelines of the performance. Travis [Knight] was so precise with his storytelling and how long things would take, and with the rhythm of the narrative, that it was just so beneficial to give the animators something they could actually ‘plop’ into their scene, as opposed to having to wait.

Rick O’Connor, explaining the benefits of rigging enhancements in Bumblebee

Thus for instance, the animators could dictate whether they wanted a transformation that was 25 frames long, or 40 frames long, which helped with the incredibly precise storytelling demands of Travis Knight. It would then stop, leading to the many partial transformations you saw in the movie.

The entire piece is worth a read and won’t even take much of your time. I highly recommend grabbing some snack and checking it out through the source link below. It really helps appreciate the tremendous effort and painstaking hours and hard work that go behind the seemingly seamless and flawless transformations in movies like Transformers or in this case, Bumblebee.

Bumblebee is directed by Travis Knight (Kubo and the Two Strings) from a script by Christina Hodson and stars Hailee Steinfeld, Jorge-Lendeborg Jr. and John Cena with Dylan O’Brien and Peter Cullen voicing Bumblebee and Optimus Prime respectively. It is currently running in theaters all over, having recently released in China, India and the United Kingdom on January 4, 2019.