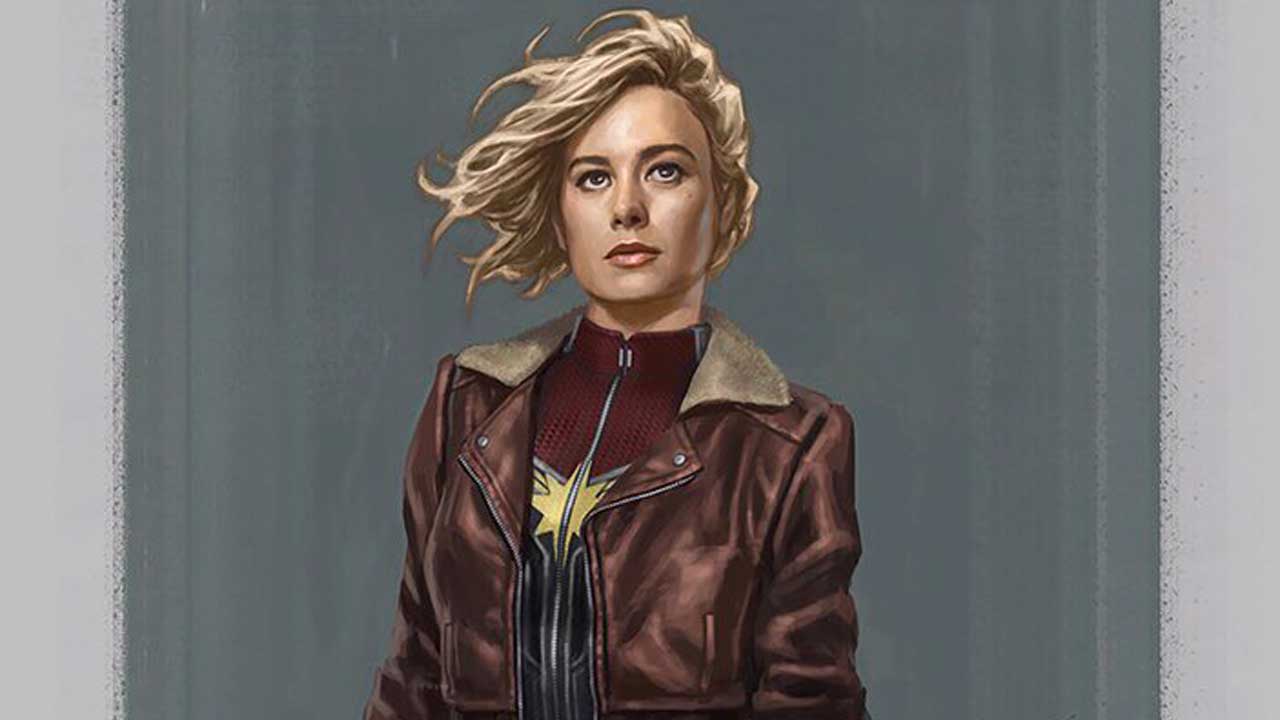 Andy Park, Marvel Studios’ Director of Visual Development and Art, has shared an early piece of concept art he worked on for Captain Marvel. The piece comes ahead of the movie’s home-media release, a strategy often employed by studios to reignite interest around the movie. What’s immensely interesting here though is that the first pass concept art was done before any specific actor including Brie Larson was cast, yet Danvers bears an uncanny resemblance to Larson in the piece.

The most likely explanation here is that this was done at a time when Larson was in contention for the role. Studios often want to see how different actors would look donning the garb of the titular superhero and in this case, Marvel Studios President Kevin Feige probably wanted to visualize how well Larson fit in the costume among other things, before okaying her for the role. Andy Park insists though he painted this without any specific actor in mind, a few years before, citing the commencement of work early into filmmaking as the reason they have to go the route.

Whatever be the case, the piece looks fantastic. And we can vouch that Danvers does have this artwork’s feel in the movie (even a somewhat similar costume if I’m not mistaken). That she looks like Brie Larson only shows how close a fit she was to the vision the filmmakers had in mind.

Captain Marvel is available on Digital Download, DVD and Blu-Ray and comes with an assortment of extras including many deleted scenes. Order your copies now.

Mad Hatter And Two-Face Set To Round Up The Batman’s Rogues Gallery?