Captain Marvel Could Set Up Secret Invasion By Skrulls

The possibility is always there, say producer Jason Schwartz 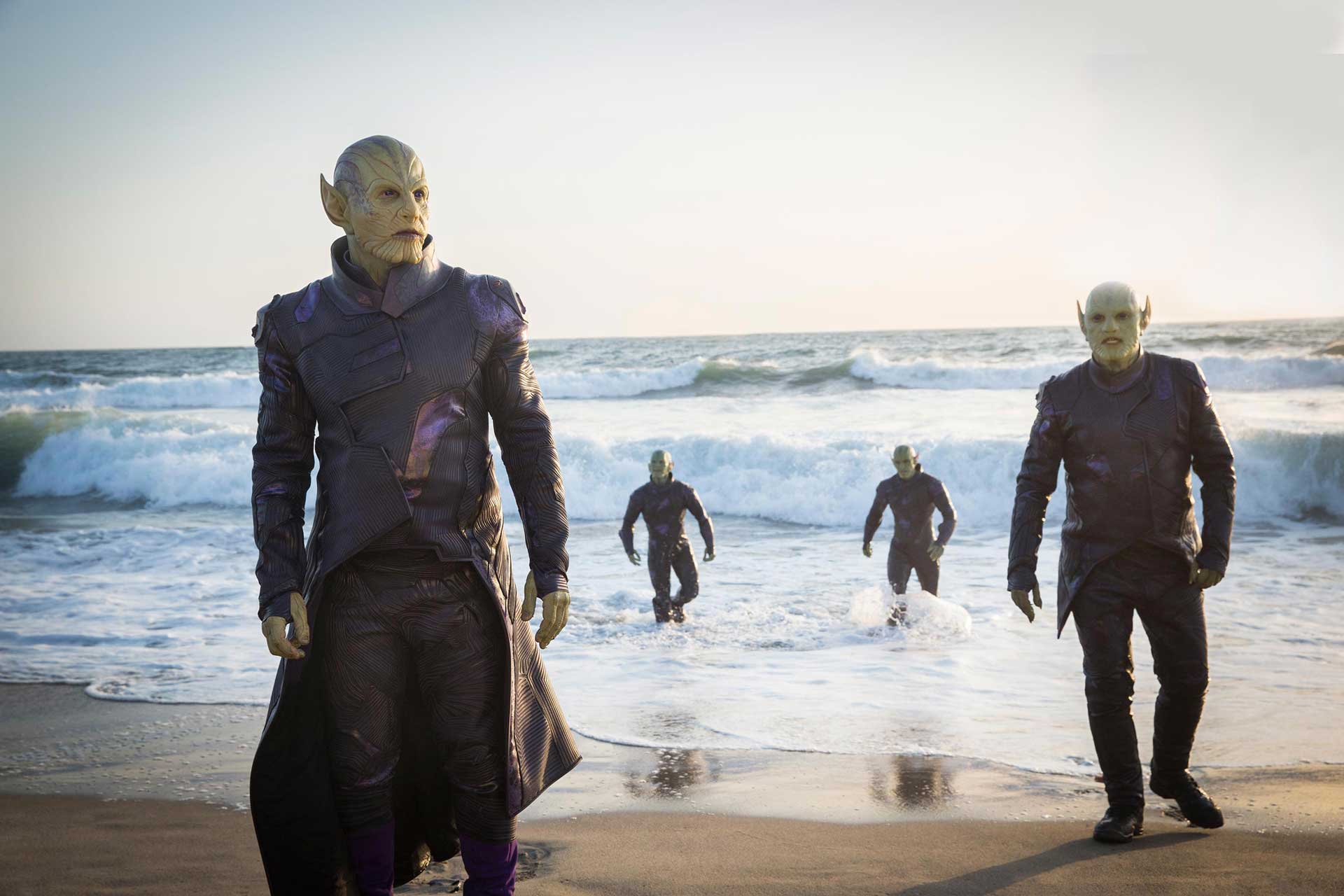 One of the more intriguing storylines to have come out of Marvel Comics was the Secret Invasion arc. It saw the shapeshifting Skrulls slowly infiltrate the earth and plant themselves in key positions for a hostile takeover. That the Skrulls could impersonate anyone, including superheroes, added a sense of dread and paranoia, with the fearful possibility that anyone could be a Skrull in disguise.

Marvel Studios has been thrown this question ever since they announced that Skrulls would be a part of the Captain Marvel movie at San Diego Comic Con. Fans have constantly speculated that all this set up could lead to a Secret Invasion storyline in the Marvel Cinematic Universe down the line. In the first official quote from someone on the matter, specifically producer Jason Schwartz, that is very much possible in the later movies.

Because this movie is just about Carol Danvers / Captain Marvel, it doesn’t really lend itself to the Secret Invasion storyline. But Schwartz was open to the idea of future movies embracing that premise, with seeds being planted to ensure that it works out.

We talked about Secret Invasion. I wouldn’t go into this movie saying ‘Which one of these superheroes is a Skrull?” Because Carol’s is more or less the first superhero to show up on Earth. But are we planting seeds for future movies? Always.

This doubt about who is and isn’t a Skrull factors into Captain Marvel to some extent as well. We all know Ben Mendelsohn is playing Skrull leader Talos, while also having taken over the ranks of S.H.I.E.L.D.. And in today’s ESPN reveal, we saw Fury doubting whether Carol is a Skrull, until she proves it by firing a photon blast.

Like most people, you meet somebody you theoretically surmise that they’re from outer space and I guess like most of us the first thing you think about is the difference and she looks like us, yes, but she also showed up with these things that can shapeshift [the Skrulls]. So is she what she appears to be? Is she a safe individual? Is she a dangerous individual? All those things come to mind.

Of course Fury’s doubts are quickly dispensed and he begins to form a bond of friendship with Danves as the two embark upon this journey to not only thwart the Skrull’s plans, but to help Danvers recall her past and understand her origins, including how she got her powers.

That’s a big, big reveal coming from someone as high-up as Schwartz. The fact that Secret Invasion has been considered, and knowing Marvel President Kevin Feige’s penchant for planning things far, far ahead, makes it highly likely that some time in the future, the Secret Invasion could play out as a big event film. In fact that, combined with the presence of Galactus, could be the big events that lead us through the next decade’s worth of stories in the MCU’s Phase 4 and beyond (or whatever the Phases are called).

Are you excited about the Secret Invasion storyline being a potential part of the MCU? Share your thoughts in the comments below.

Captain Marvel hits theaters on March 8, 2019. Be sure to read our coverage of the set visits and more right here.