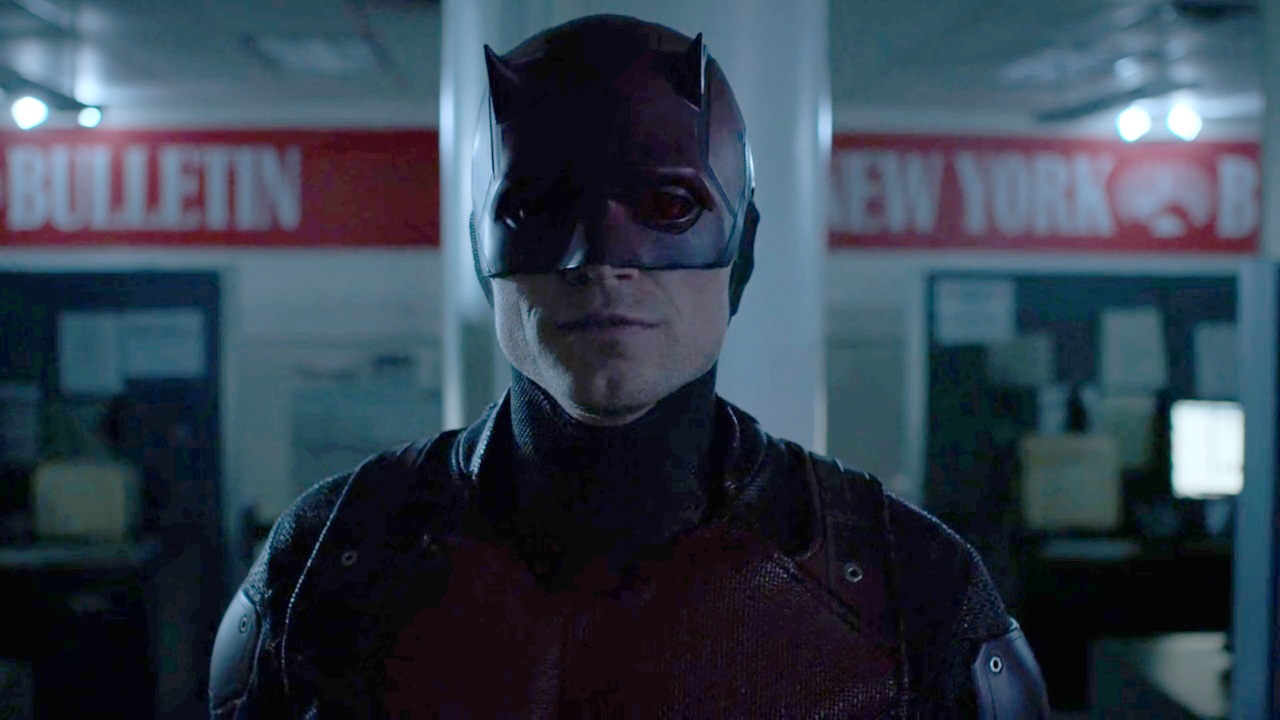 In just the sixth episode, Fisk’s game plan sees fruition as he gets rid of the lone witness who had any chance of foiling his dastardly schemes. Much of the episode centers around a certain Jasper Evans, who’s critical to the plot in that he stabbed Fisk in the opening episode leading to Fisk demanding a transfer to a safer penthouse. But as Matt uncovered in Blindsided, Evans was merely a pawn, having been paid to stab Fisk by Fisk himself. Exposing that would put an end to Fisk’s manipulation of the FBI but we know that’s way too soon to happen.

Instead, Fisk succeeds in subverting Agent Poindexter by convincing him of his loneliness and using that to both express some fake sympathy while simultaneously showcasing the FBI’s treachery. Dex is seriously alone at this time and any trigger taken advantage of would hit a chord with Dex, which is what Fisk manages to achieve. In a masterstroke, Fisk has not only made Matt the villain in the eyes of the FBI but coaxes Dex to don the Daredevil outfit and launch on a rampage to do his dirty work, thereby also making Daredevil the villain. Talk about killing two birds with one stone; that’s one hell of a plan.

And that plan leads to what is undoubtedly the most exciting fight sequence of the show thus far. Yes, in terms of intensity and stakes, this ups even the hallway fights we’ve seen on the show and that’s saying something. Watching Matt come face to face with the Devil himself and seeing Daredevil fight Daredevil is every bit as intense and you wouldn’t expect anything less in terms of martial arts choreography or the sheer tit-for-tat these two engage in. Truthfully, neither really has the upper hand which is exactly how it should be. And director Stephen Surjik handles the set-piece with aplomb, using long takes to avoid obscuring from the fight choreography, while also using sound effectively and eerily to convey the hits and punctures and stabs each character suffers. It’s a gory, scary fight without resorting to an excess of CGI blood, yet doesn’t shy away from using gratuitous violence when needed, a highpoint.

Another great directorial choice is in handling Dex’s isolation and yet again, it’s supplemented by great sound design. Voices from Dex’s past echo all around him, conveying a sense of immense loneliness, and helping us understand how Dex feels inside his twisted head. Wilson Bethel delivers an absolutely captivating portrayal of the internally tortured, traumatized and twisted agent and really sells us on his transformation into the (d)evil. I sincerely hope Daredevil gets nominated for a sound design Emmy at the very least.

There are some other interesting bits that land successfully as well. The reunion between Matt and Karen is expertly handled, as is sister Maggie helping Karen understand Matt’s broken nature and urging her to stand by him, no matter how much he tends to push people away. Frequently, anecdotes and character’s personal stories are used to convey small points which both fleshes out the characters while also ensuring that the final message is delivered effectively and convincingly. Although this is more a general TV Trope than something specific to the show; just that Daredevil is doing a fine job of it.

What’s also interesting is how Daredevil has managed to convey a singular story instead of multiple disjointed subplots that later coalesce into a surging climax. Pretty much everyone is connected to Fisk’s storyline from the beginning and we’re with the main characters throughout their journey, which is something that occurs rather late in the game for most shows. That has kept my attention on the show and it’s using its screen time wisely instead of meandering around with needless subplots that may not serve the story in any way altogether. In short, Season 3 of Daredevil is proving to be an absolute blast at this point and the only place it can go from here I’m afraid is downhill. For now, I’m fully in on a rogue Daredevil and watching Matt chop up his lawyer skills to prove his innocence could be an interesting development to anticipate in the upcoming episodes. There’s also the question of which comic-book characters will show up and whether or not Bullseye will ever be referred to by name and will get a costume of his own. I’ll gladly wait and watch.

Check out our review of Daredevil Season 3 Episode 7 here.