The characters deal with the aftermath of Daredevil’s actions 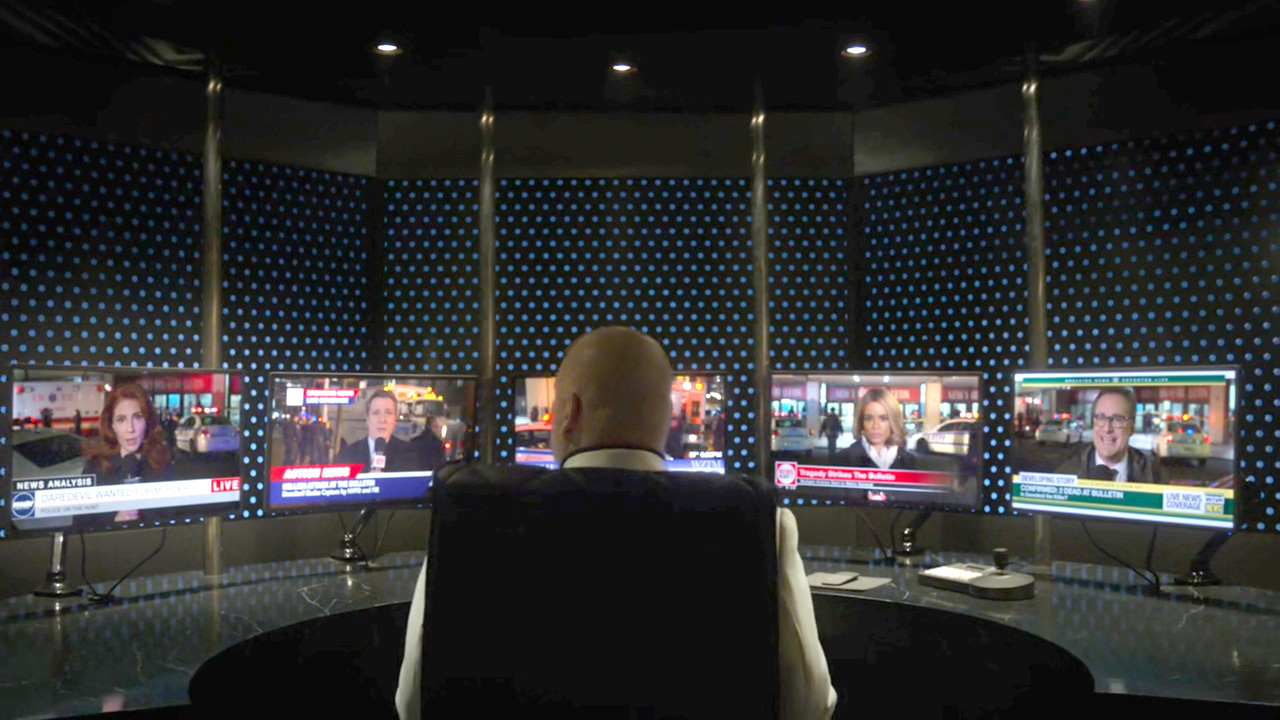 First off, I gotta say it’s really hard. There are times when you simply wish to carry on binging the show, immediately moving on to the next episode, until duty calls and you need to stop to write this review. I’ve felt on numerous occasions to skip the writing and just continue with the next episode, especially with this show, seeing as every hour seems to end on a solid cliffhanger that urges you to cede and hop on to the next one. Of course, I take the time to stop and write this lest I let future episodes cloud my opinion of the previous ones. It’s just something I had to get off my chest so there’s that.

If there was any doubt that Fisk was calling the cards, this episode’s prologue should clear things out. Not only is he running the show, he’s set up his penthouse suite to give him a feed of everyone else, even as everyone else thinks they’re keeping an eye on Fisk. Vincent D’Onofrio is in full command here, with a sense of complete calm emanating through him that unnerves even the bravest of agents. We saw what happened last episode as Poindexter lost it on seeing Fisk’s reactionless face as he handed him his daily meal. Fisk knows how to get under the skin of each character and he’s learning more on the go by monitoring the actions of our lead players. It’s only a matter of time before he gets to Nadeem’s and Matt’s families and loved ones which will make things far more tense.

Everyone else is busy dealing with the aftermath of the fake Daredevil’s actions. Foggy takes a while to realize what happened and it’s not until he’s back home in the comforting arms of his girlfriend that it sinks in as to what went on back at the New York Bulletin’s office. Poor Foggy. He looks totally lost at times shuffling between his family, job and girlfriend, and his arc is flip-flopping between lawyer and D.A. quite often, as if the writers aren’t exactly sure where to take him. He’s just woefully normal in the show thus far and hasn’t really contributed in any meaningful way to narrowing down Fisk’s motives, unlike say Karen who inches forward with her investigation. In a bit of a surprise though, he stumbles upon what he believes to be Fisk’s intent, which is where we leave him in this episode.

Karen is further traumatized when several members of the Bulletin are either injured or dead. As if she didn’t have blood on her hands already, it’s further upsetting that she must now deal with the added responsibility of having caused the bloodbath at the press room. Even his boss’s reassuring words backing him up aren’t enough to reinforce her faith in what she’s doing. She’s forced to reach out to her family for solace, which isn’t exactly what she gets in return. But it’ll have to do for now.

The one Fisk has most landed into a mess though is Matt. Not only is the FBI after him, but the agency is also hunting his alter-ego Daredevil. In a brilliant masterstroke, Fisk has turned both Matt and the Devil as villains in the FBI’s eyes and there’s just no disguise he can use to get himself out of his predicament. In a bid of desperation, he tries contact anyone and everyone he can, which means reaching out to the guy who made Dex’s Daredevil costume. Unsurprisingly, even that doesn’t go down well forcing Matt to attack the source directly, agent Nadeem.

Now Nadeem may appear as a sidekick or an ordinary detective, but you have to understand that he’s more than just that. His introduction at the show’s premiere episode itself suggested strongly that this is a full-fledged supporting character and it shows in how he handles Matt’s appearance. He’s clearly on to Fisk, just the lack of evidence makes him increasingly frustrated, and so does it upset Matt. In a tense standoff, Matt approaches Nadeem to offer his assistance and having caught whiff of Fisk’s plan already, he gets the hint about who the real Daredevil is.

Matt revealing himself to Nadeem was a bold move even though in hindsight, he didn’t really reveal his identity as Daredevil as much as the fact that the other guy isn’t the right Daredevil. If only Matt had described the decoy’s accurate precision, Nadeem would’ve connected the dots and zeroed in on Dex easily. As things stand though, it could be another episode or two for the realization of the masked vigilante’s identity to dawn upon our leads.