Daredevil Gets A Dark, Gritty Season 3 Trailer, Hints At Bullseye 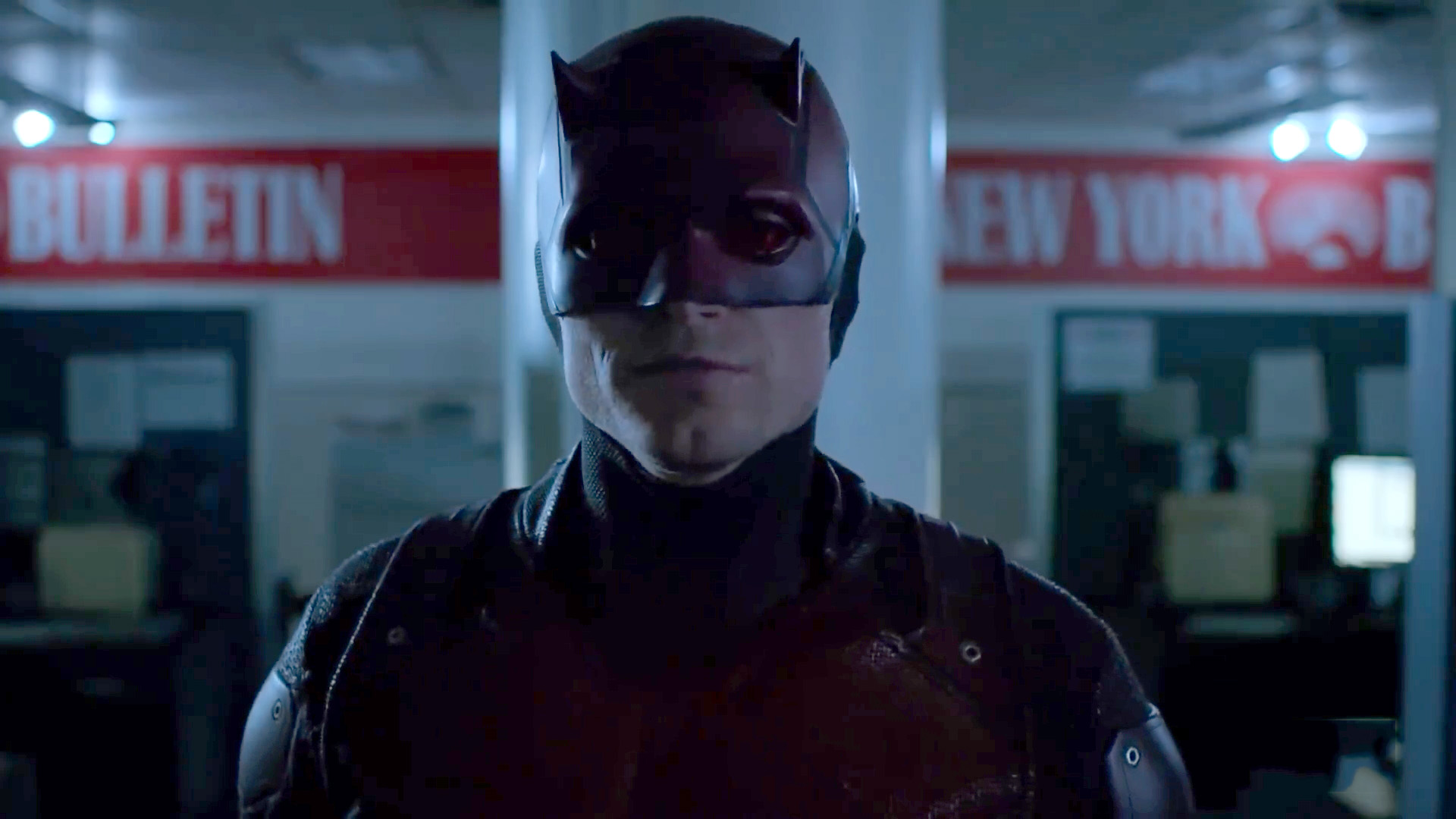 After gratifying teases hinting at Matt Murdocks descent into darkness, Netflix finally dropped the full-length trailer for Marvel’s Daredevil Season 3. The trailer gives us a fair overview of what we can expect from the third season and also hints at the presence of a renowned comic-book character Bullseye masquerading as a pseudo Daredevil. Check it out below.

Vincent D’Onofrio also returns after his chilling portrayal of Kingpin from the first season. It appears he’s arranged for a deal to keep him under house arrest, managing to get out of prison and wants to use Daredevil’s anger issues against him, by painting him as the city’s villain. Murdock, on his part, seems to have completely lost faith in the system of vigilantes and justice and is apparently going all out in his fight against crime, possibly even willing to go the extra mile and take lives, if the trailer is anything to go by.

Daredevil Season 3 is reportedly taking inspiration from the Born Again comic arc that sees Murdock enter a dark, maniacal zone before emerging as a newfound hero with a renewed sense of purpose. And the Kingpin is only going to make it easier for Murdock to travel down the dark path.

Oh, and did I mention there’s the inevitable hallway fight sequence, this time with Matt fighting thugs in a suit. In a freaking suit. Let’s hope Charlie Cox kills it, pun intended.

Daredevil Season 3 arrives on Netflix, October 19. Feel free to share your excitement for the new trailer in the comments below.