The Dune preview footage has indeed been seen by some people. 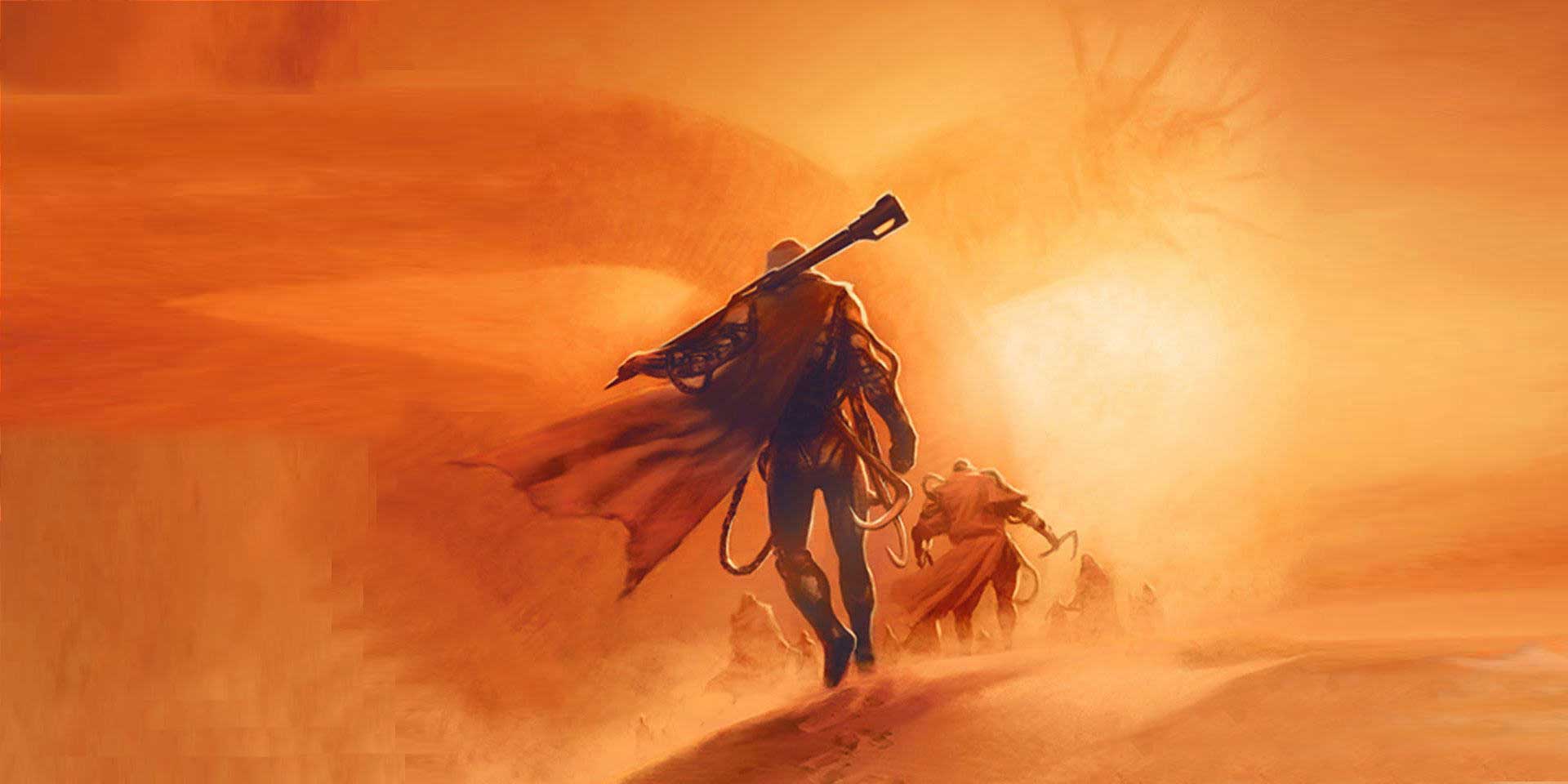 Dune continues to keep everyone salivating not just by the prospect of a talented filmmaker like Denis Villeneuve at its helm but an ensemble cast that includes the likes of Oscar Isaac, Jason Momoa, Stellan Skarsgaard, Rebecca Fergusson, Zendaya, Javier Bardem, Dave Bautista and … well the list’s too long. And yet, not a single second of footage, not a poster has made it out to let fans know or give a taste or feel of the adaptation. But, just because we haven’t seen any Dune footage doesn’t mean Dune footage doesn’t exist.

Science fiction novelist Brian Clement became the messiah we all needed in the Arrakis of Dune news when he revealed that he’s been privy to some stunning Dune preview or promo footage. With his original tweet blowing up, he went on to describe his feelings about the footage in a series of subsequent tweets and pushed the hype train up the mountains.

Clement goes on to describe the look of Dune as a bit unexpected, unlike what he imagined when he read Herbert’s 1965 novel but he nevertheless dug the look Villeneuve had chosen for the movie. He emphasized that people will have tears and goosebumps when they see the footage; Clement himself is super stoked after having seen it and heavily regrets being unable to talk about it.

Now for the comparisons. Without hesitation, Clement compares the footage he saw in Dune as having such potential, that the movie could be a landmark for Hollywood along the lines of Star Wars 40 years ago or Lord of the Rings 20 years ago. That doesn’t necessarily mean it’s a movie that’s like either of the two, but that it could turn out to be an important milestone for cinema similar to what both these movies / franchises were when they first hit theaters.

And now, some tweets from the man himself. Here’s the original tweet that kickstarted the frenzy. Apparently a few people were shown a special reel cut from the film and Clement was one of them.

His pleasant surprise at his tweet about Dune blowing up.

And here’s one where he compares the movie to two of the biggest movies to hit and change the landscape of filmmaking. He also stresses that Villeneuve’s Dune is different from both Jodorowsky’s planned version that never took off as well as Lynch’s 1984 famed but flop movie which is what everyone remembers Dune by (though to be fair to Lynch, it wasn’t as horrible as it was made out to be back then).

If an internal reel comprising of footage has been cut, it goes without saying that a first Dune trailer should be coming soon. By soon, I do not imply a few weeks but perhaps the month of March-April. This would be an ideal time to release the trailer online so that it can be subsequently attached to some of this summer’s biggest movies including the James Bond flick No Time To Die, Marvel’s Black Widow and DC’s Wonder Woman 1984.