The stills come ahead of a planned exclusive. 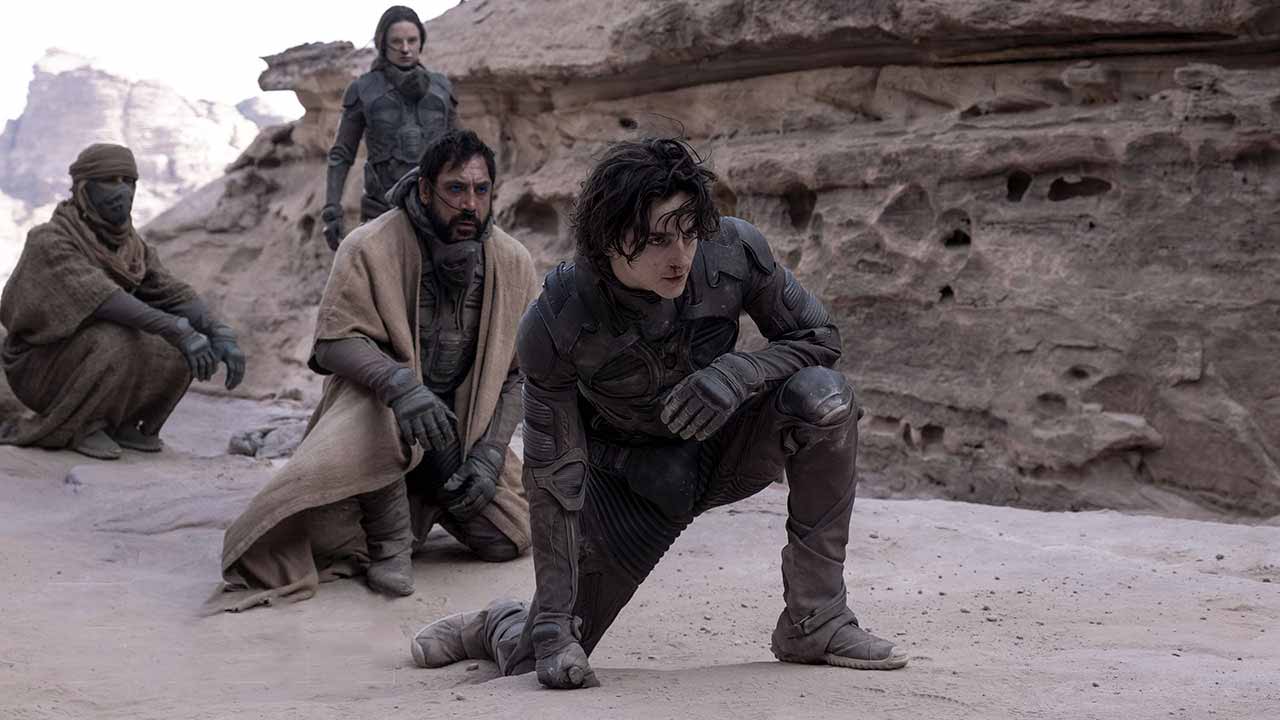 A set of new Dune stills have been released from Total Film magazine courtesy Games Radar. The stills emanate some intense vibes with Chalamet and Zendaya being in the spotlight as another shot shows off the Atreides family. To start off, here’s the money shot of Chalamet with fortitude as he presumably goes through his rigorous training with the Fremen.

The next still shows off most of the Atreides family members and counsel, including Josh Brolin’s Gurney Halleck, Oscar Isaac’s Duke Leto Atreides, Stephen McKinley Henderson’s Thufir Hawat, Rebecca Fergusson’s Lady Jessica and Chalamet himself as Paul Atreides. Paul standing by the side also hints at his at the time shielded position in the household family until he is forced to harden up in lieu of the tragic turn of events.

Lastly, we see a shot of Villeneuve directing Zendaya’s Chani, who is slated to have a much bigger part in the sequel. That is of course, should the sequel be made; while Villeneuve had mandated a two-film contract with Warner Bros., the globaly turn of events last year means everything is up in the air for now.

Let us know what you think of these stills in the comments below. Dune is currently set for an October 22, 2021 release date although it will premiere as early as September 3, 2021 at the Venice Film Festival. Interestingly, that happens to be the release date of another major blockbuster.