Hayek was pleasantly surprised to land a pivotal role in a huge franchise. 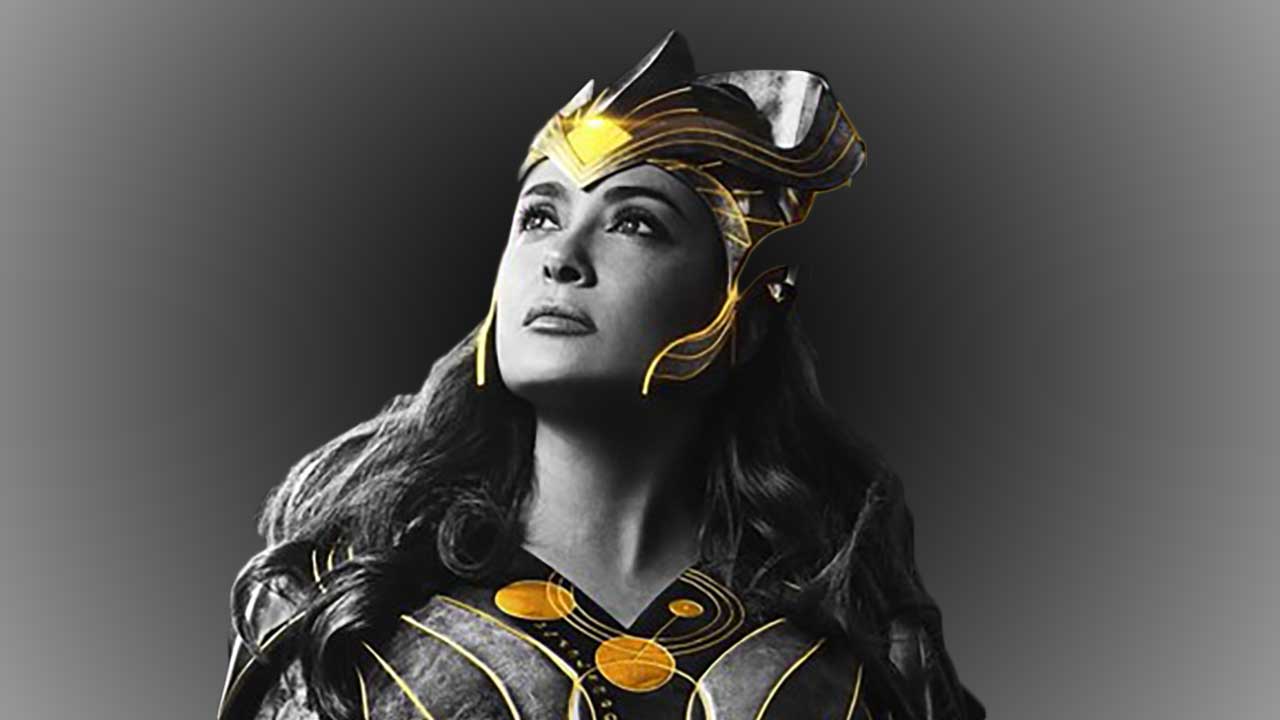 Eternals director Chloe Zhao cast Salma Hayek in the role of Ajak, a role harbored by a man in the comics. Conversations with Hayek resulted in them envisioning her as the group’s motherly figure by leaning more towards her femininity. Ajak maintains the character’s roots and is a stoic, powerful leader who is full of contradictions and also has the ability to heal.

She’s the bridge between the Eternals and the Celestials, and it’s never easy to hold two sides together.

Now in her 50s, Hayek was pleasantly surprised to receive the call at all, let alone from a director she admired and for such a major role in a huge franchise. She was half-expecting to cameo as an aging woman.

I said, ‘Forget it,’. I said, ‘God knows what kind of grandmother they want me to play.’ I’m used to being [told] I’m going to be the extra or the old prostitute. And then they said the director was Chloé Zhao, and I said, ‘Okay! Let’s have the meeting!

I was shocked. Imagine in your 50s you get a call from this director that you’re crazy about, who says, ‘You’re going to be a superhero.

One of the fundamental expectations from Hayek, as was the case with most all other actors was that they embrace their characters fully, try to connect with them in some form and find a way to identify with the role so that they could fully give in to their performances. Those are the actors Zhao preferred as she nudged them to find a bit of themselves in the roles.

Needless to say, Hayek was able to deliver and fell in love with the character and the prospect of working with Zhao. It was an easy yes for her to the role.