The show comes out next year. 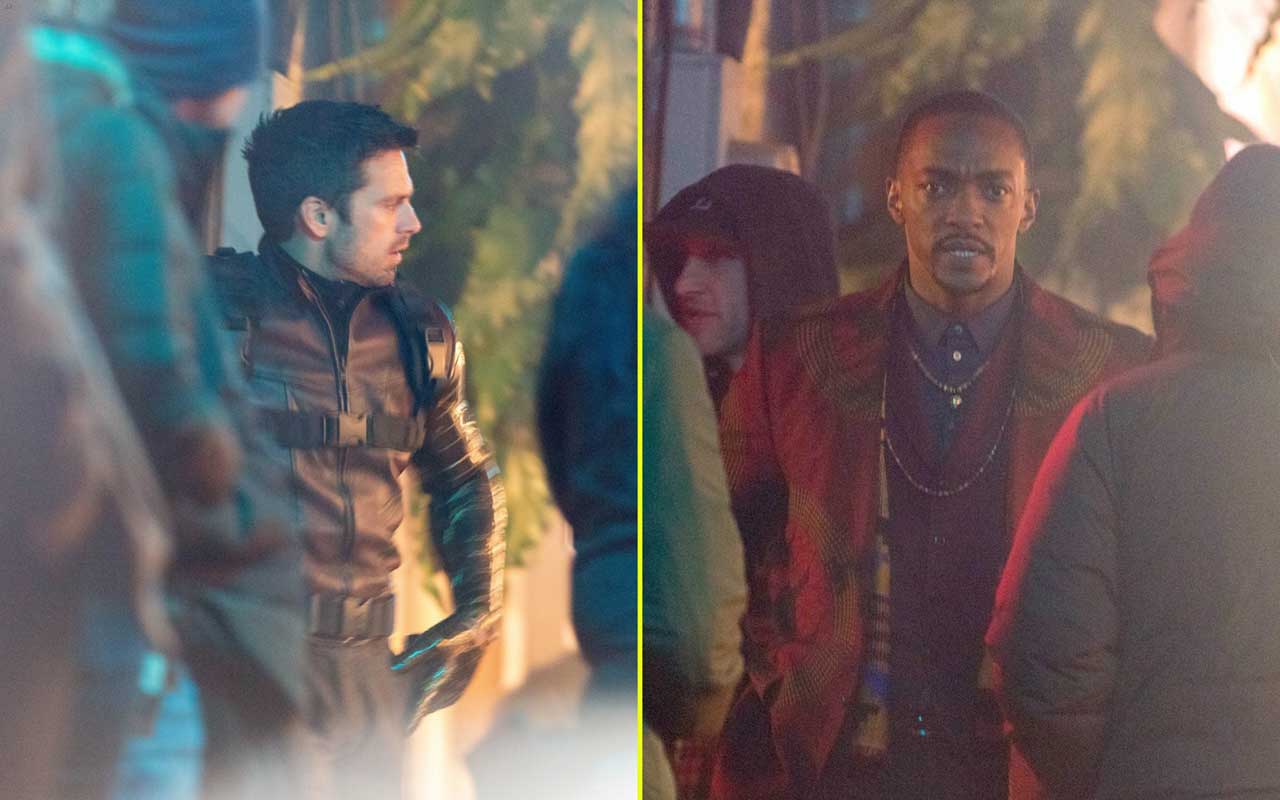 Production on The Falcon and the Winter Soldier is underway. We just got a few set pics showcasing Sebastian Stan and Daniel Bruhl and it looks like some more have popped up from the same setup. These give a look at Anthony Mackie in his rad red outfit that we briefly saw in the previous batch of stills. Apparently, Mackie looks pissed that the paparazzi were able to snap photos. Check them out.

We also get our first look at Sharon Carter played by Emily VanCamp who reprises her role from Captain America: The Winter Soldier and Captain America: Civil War. VanCamp had nearly disappeared from the role and wasn’t called to reprise it in Avengers: Endgame. This is the first look we get at her post Civil War so it’ll be interesting to hear her and the showrunners’ explanation of her absconding during the events of the snap.

Finally, it appears an action sequence of some sort is being filmed where Sebastian Stan’s Bucky and Anthony Mackie’s Wilson are being attacked by a hooded character. From this distance, it’s unclear who this is; it could very well be one of the “deactivated” Winter Soldiers sprung to life, or it could be just another thug. A third angle is that this could be someone infected by the mad-bomb virus that is planned on being unleashed, turning him into a zombie killing machine of sorts, which is the viral threat the duo are looking to eliminate.

The Falcon and the Winter Soldier is subject to intense scrutiny, being the first Marvel Studios TV Show to hit Disney’s new Disney+ streaming service. All eyes are on the show’s creative team to explore the format and see how well it works for the MCU at large, the contributions of Marvel TV notwithstanding.

What If Season 1 Will Have 10 Episodes, Season 2 Underway, Kevin Feige Reveals