The first trailer for Fantastic Beasts: The Crimes of Grindelwald is here

Jude Law's Dumbledore is at the center of the first look at J. K. Rowling's next entry in the wizarding world

Jude Law’s Dumbledore is at the center of the first look at J. K. Rowling’s next entry in the wizarding world 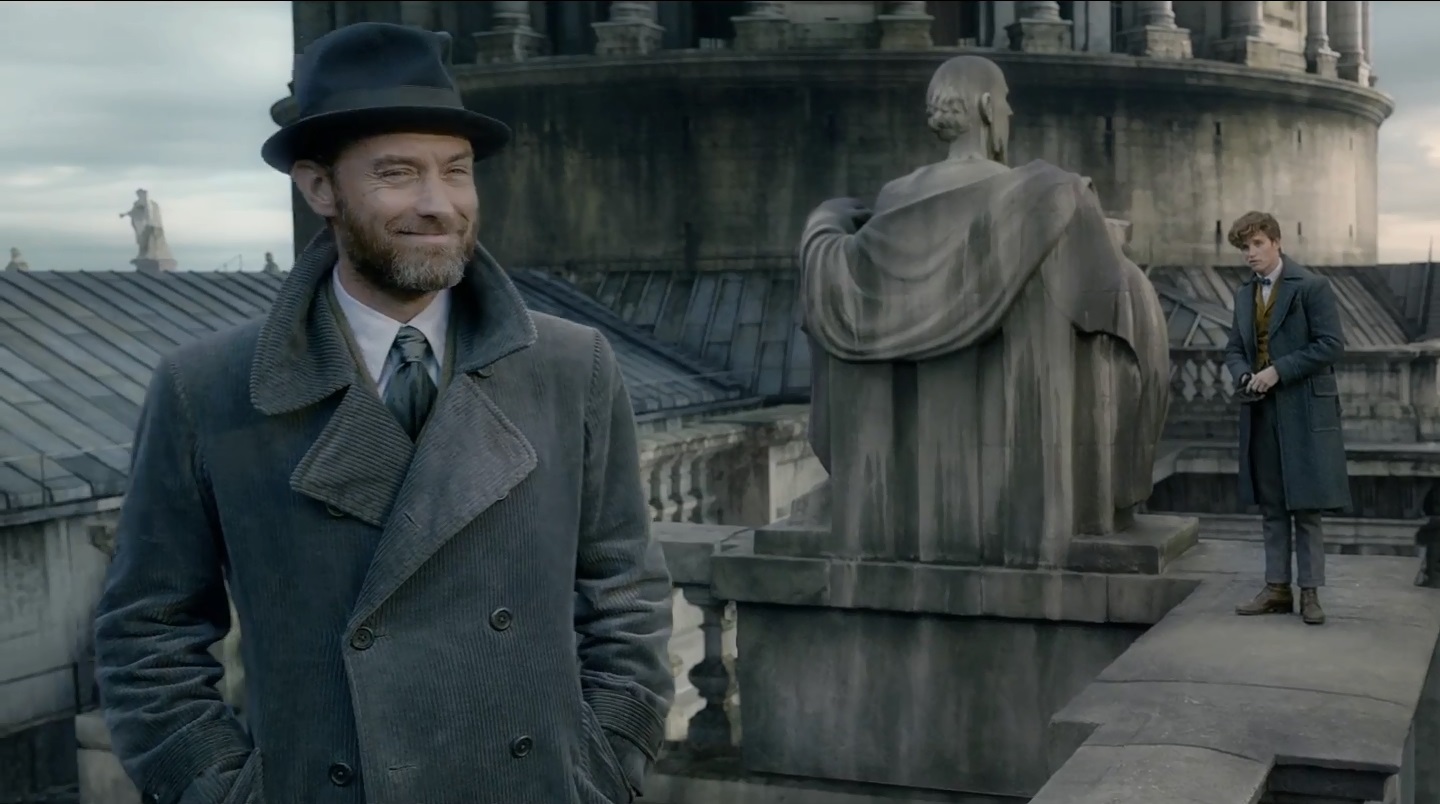 The first trailer for Fantastic Beasts: The Crimes of Grindelwald is now online. Warner Bros. teased the trailer’s imminent arrival yesterday with a short tease and the full trailer is now available for viewing in HD at their YouTube channel. We’ve embedded it below for your convenience so you can hit the play button directly.

Despite being over 8 months away from release, it makes sense for Warner Bros. to release a first look at The Crimes of Grindelwald this early give the lineup of its upcoming films. The studio has some big tentpoles scheduled for release in the next few days including the Alicia Vikander starrer Tomb Raider and Steven Spielberg’s Ready Player One this month itself, followed by the Dwayne Johnson starrer Rampage in April. With so many big-budget movies in their release pipeline, it makes sense for Warner Bros. to get trailers for their upcoming movies readied which can then be promoted through their current releases to grab some eyeballs and drum up excitement.

The teaser is light on plot as expected and soon after introducing the key characters, descends into a montage of visuals depicting all the new stuff Rowling and Yates have in store for us. Jude Law as Dumbledore is the highlight of the trailer and understandably so since the filmmakers will be looking at convincing Harry Potter fans he’s right for the role (sound off in the comments about what you feel based on this short look). The heavy emphasis on Dumbledore and Newt mean the trailer is also light on Grindelwald who we get a really menacing shot of towards the end. Then again, for a first teaser 8 months before the movie’s release, it gives viewers a lot of chew and digest on.

Fantastic Beasts: The Crimes of Grindelwald is the second chapter in J. K. Rowling’s planned anthology of five films. Set after the events of 2016’s Fantastic Beasts and Where to Find Them, the movie follows the adventures of Grindelwald as he escapes from MACUSA’s custody and plans to expose the secret wizarding society to the rest of the world in hopes of wizards reigning supreme. His actions force legendary wizard Albus Dumbledore out of hiding and he enlists the help of his protege Newt Scamander to take Grindelwald down. The threat of Credence is also lurking around the shadows. Joining the newcomers in their adventure will be returning characters Tina & Queenie Goldstein and Jacob Kowalski along with a few new faces.

Fantastic Beasts: The Crimes of Grindelwald releases in theaters on November 16, 2018. Check out some stills from the movie here.

The first trailer for Fantastic Beasts: The Crimes of Grindelwald drops tomorrow, teaser out