Reynolds plays a regular bank teller in this Fox-Disney production. 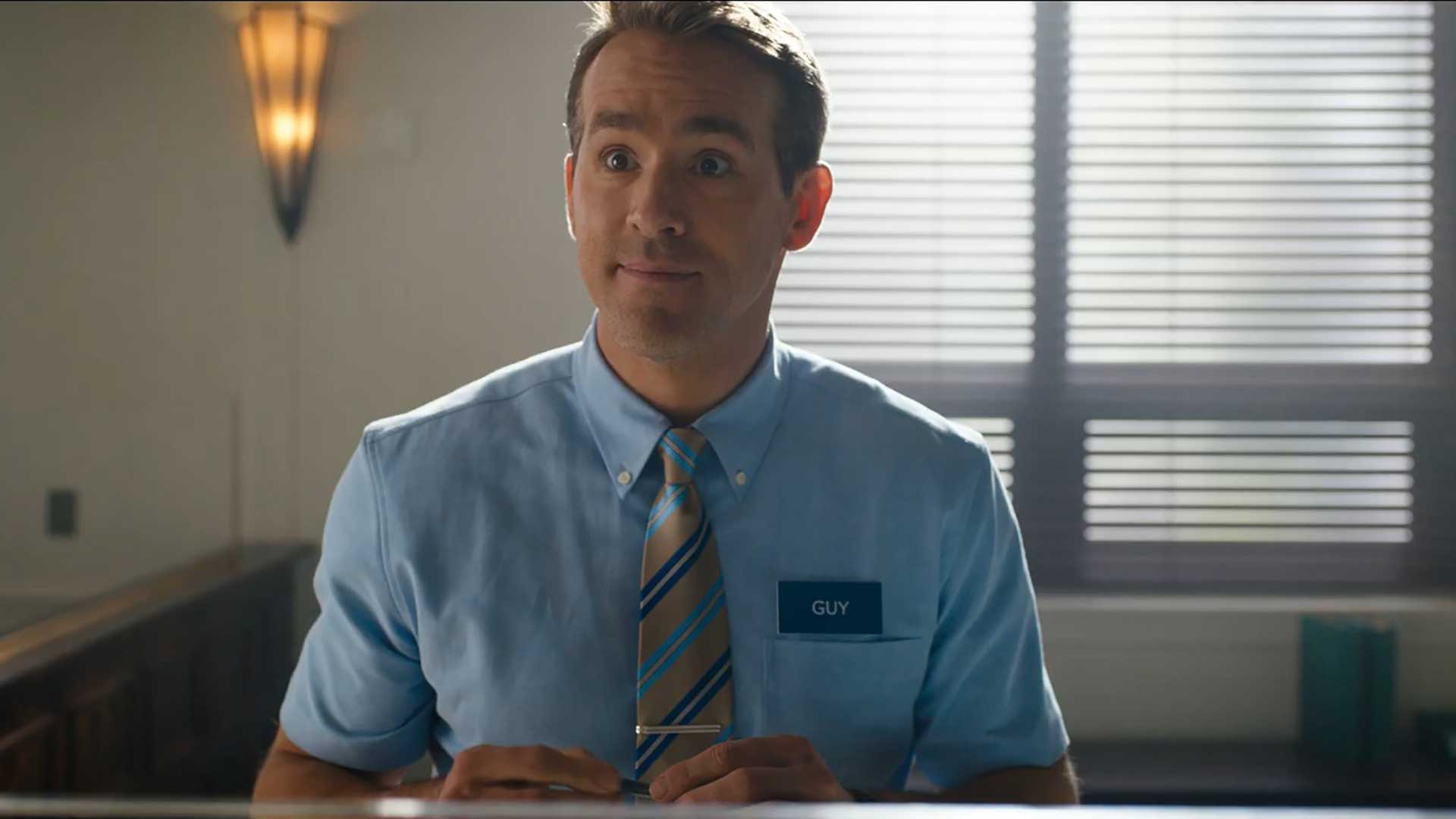 The first, full-length Free Guy trailer is out and it shows Ryan Reynolds as a non-playable character who realizes he’s trapped in a video game. The movie had made some buzz last year with the casting of Reynolds and Thor: Ragnarok director Taika Waititi as well as its peculiar concept and now the trailer promises loads of action with Reynolds’ now typical brand of humor.

It’s great to see the Fox trailer poke fun at Disney by introducing the studio as the one that brought you such classics as Beauty and the Beast, Aladdin and The Lion King “twice”. It then goes on to depict Reynolds living his life nonchalantly in a seemingly chaotic world where helicopter crashes, robberies and all sorts of violent acts are pretty commonplace. During one such robbery, Reynolds decides to take matters into his hands and break from the monotony of his seemingly routine life with things taking a turn from there.

The concept itself is ingenious for being told from a video-game NPC’s point of view. If you’ve ever played one of those open-world games like Grand Theft Auto and wondered about the NPCs roaming around unaffected by all the crazy stuff that goes on around them, this one’s going to strike a chord. There’s also a lot of fun to be had with how Reynolds plays a character for whom the “exciting stuff” has become monotonous and even someone in his position yearns for something out of the ordinary. His revelation as an ordinary guy trapped in a video game could’ve been a neat twist when experienced in theaters but given that it was revealed during the announcement, I guess there was no point in hiding this.

The nods to video-game pop-culture don’t end there. The trailer in fact opens with a guy skydiving onto our video-game world in true PubG style. The third-person camera is also really cool and uses framing very typical of third-person style video-games. A medic health pack restores Reynolds’ character to full health and there are several nods to recent popular games such as Fortnite and perhaps even Twisted Metal, among others.

The film is written by Zak Penn who’s scripted a similar video-game themed film in the past, adapting Ready Player One directed by Steven Spielberg. He’s also attached to The Matrix reboot and did an uncredited write for The Avengers so it holds some promise there. It’s directed by Shawn Levy whose resume includes often well-made movies such as Date Night, Night at the Museum and The Internship as well as the commercial success Real Steel. Alongside Reynolds, it stars Taika Waititi, Jodie Comer and Joe Keerey of Stranger Things fame.

Free Guy releases in theaters next summer on July 3, 2020.