appocalypse newsentertainmentGame of ThronesGOTSeason 7 GOT
By Divij Sonak On Aug 29, 2017 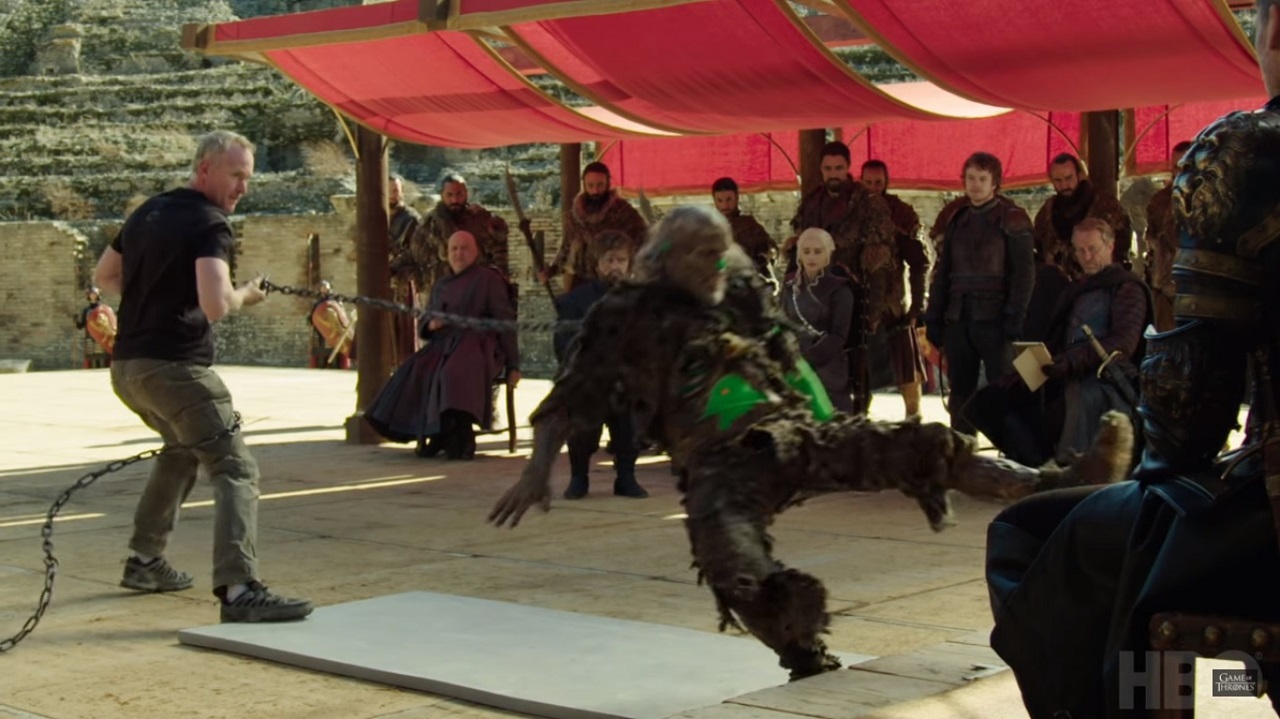 Continuing with its tradition of offering detailed behind the scenes looks at its episodes a short while after they air, a new video titled Worlds Collide released by HBO for Episode 7 The Dragon and the Wolf gives us a look at what went into the making of the Dragonpit scene. Generally, HBO releases videos to give us a look at sequences involving heavy-duty visual effects. This video is kind of an exception in that case in that it focuses on a scene that is largely comprised of character-on-character interaction (aside from Daenerys’ grand entrance that is).

The meeting at Dragonpit between Cersei and Daenerys brought over a dozen of the show’s primary characters together. Writers David Benioff and D. B. Weiss explained how the scene was both challenging and fun to right since there are so many mini sub-sequences that do and can take place between a multitude of character combinations. “It’s about trying to keep an eye out on what they’re there for, to discuss the possibility of an alliance and whether that’s even possible when these people have so many reasons of hating each other”, as Benioff reveals. At around 70 hours into the show, these characters have a strong history with each other and so things are quite tense as the negotiations and discussions could go south any moment as has been the norm with Game of Thrones in the past (although one could argue that this erratic spiraling out of events has slowed down a lot off late).

The cast themselves offer some interesting insights and thoughts into their scenes as well. Rory McCann laments on meeting his on-screen brother and threatening him, a scene that hinted strongly at fan’s desires for an impending brawl between the two Clegane brothers culminating in Cleganebowl while Peter Dinklage mentions the look of disgust that Lena Headey’s Cersei gave him which he would never want. Additionally, writer D. B. Weiss comments on an interesting and completely non-verbal 4 to 5 exchanging of looks that takes place between Cersei, Jaime and Brienne.

You can watch the video in its entirety below. The Season 7 finale of Game of Thrones aired yesterday with the next and final season set to follow in 2019 (or 2018 if we’re lucky). Watch out for our full review soon and, if you have some time on your hand, consider reading our review of Episode 6 Beyond The Wall in the meanwhile.

Game of Thrones Season 7 Episode 7 Finale Review: The Dragon And The Wolf