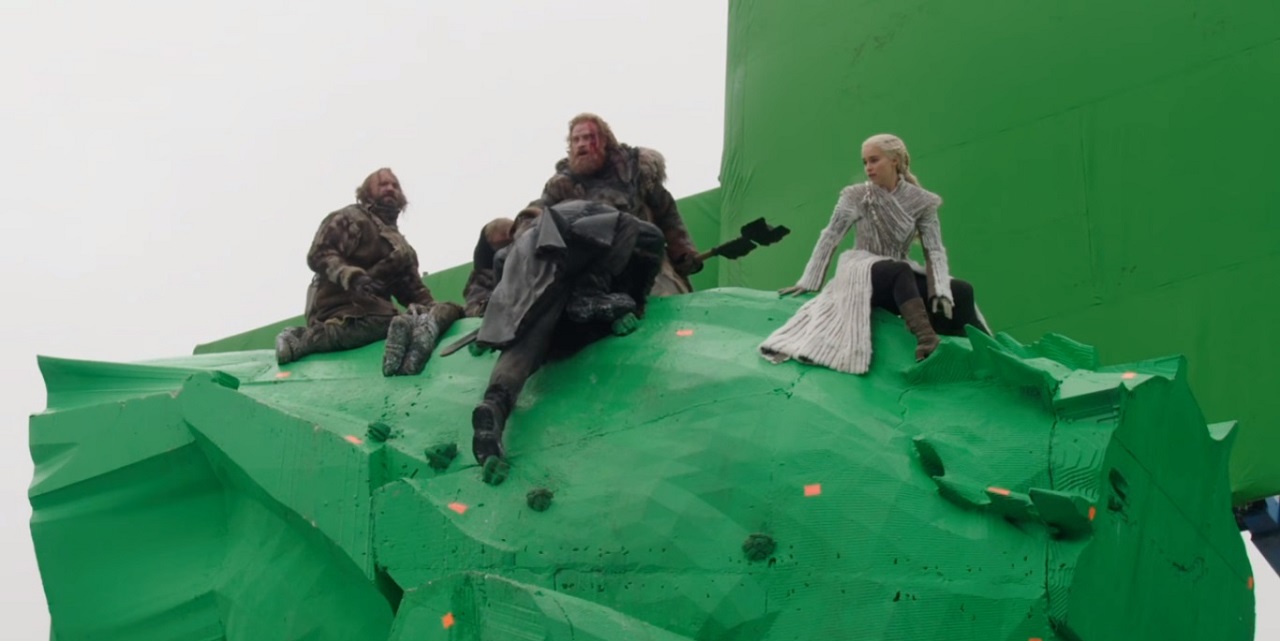 As it has been doing for the past few weeks now, HBO has outed a production video that gives a detailed behind the scenes look at how the Frozen Lake battle in today’s Game of Thrones episode Beyond The Wall was filmed. Additionally, it also sheds light on how some of the astounding VFX work for the Dragons and the Zombie Bear was done and reveals some surprising insight about the Bear fight in general.

Plenty of scenes for the episode were shot on location in Iceland, instead of a sound-stage inside some giant studio. The crew returned to Iceland after a gap of almost five seasons to shoot some of the less-heavy stuff involving the characters taking a stroll and catching up with each other, as also their first skirmish with the Walkers. “There’s just nothing like having that reality on screen,” says David Benioff about the location. The writers were as concerned about shooting there as they were about people passing off those real locations as fake. 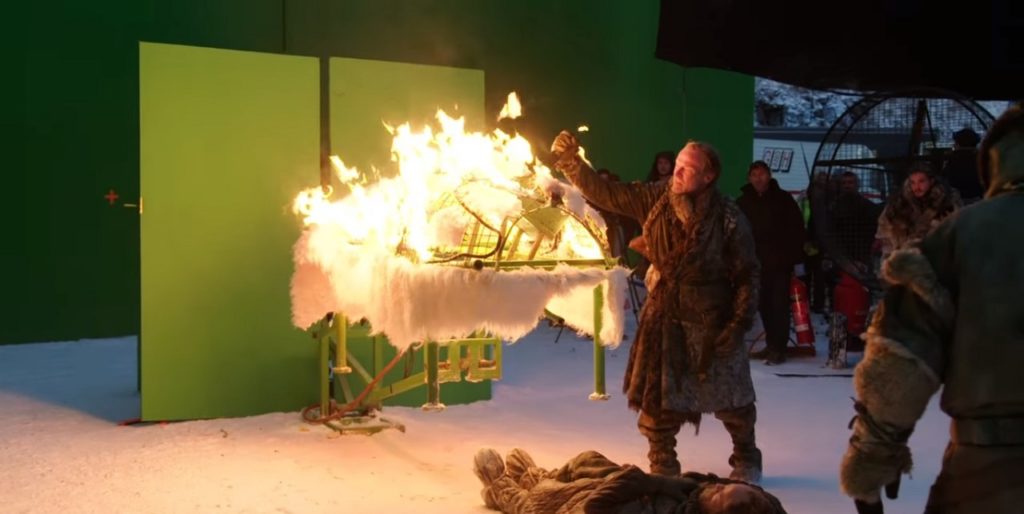 An interesting insight also comes to the forefront about the Zombie Bear fight. The writers revealed that they had been trying to incorporate a fight with a Zombie Bear for around four seasons now, only to be turned down by the VFX team every time for lack of resources or budget. With the episode length cut short this time, it gave them the necessary headroom to coerce the effects guys into including that sequence. It’s admirable how much work has gone on behind the scenes of the fight and it clearly looks as if every single shot was touched up with effects in some way or another. That’s a lot of work for a single episode.

It helps therefore that these episodes are always directed by veterans of the show. Last season saw similar episodes helmed by series regular Miguel Sapochnik, who has some truly epic stuff on his directorial resume like Hardhome and Battle of the Bastards. This episode was taken over by Alan Taylor who returned to the series after five years after having directed most of Season 1 including the now famous Baelor that featured Ned Stark’s beheading. He then went on to direct movies like Thor: The Dark World and Terminator: Genisys (with the latter even starring Emilia Clarke) and while they weren’t blockbusters, saw reasonable commercial success. With the experience of those blockbusters under his belt, he certainly had the chops to pull off the amazing sequences that this episode demanded.

You can watch the rest of the video at the link below, or read our review of the episode right here. Also check out a sneak peek at what’s in store in next week’s Season Finale. To stay up to date on all Game of Thrones and lots of other news, hit the Like button below.

Game of Thrones Season 7 Episode 6 Review: Beyond The Wall