Gotham No Man’s Land Season 5 Episode 10 Review: I Am Bane

Gotham delivers a crazy episode that borders on madness and borrows heavily from The Dark Knight Rises. 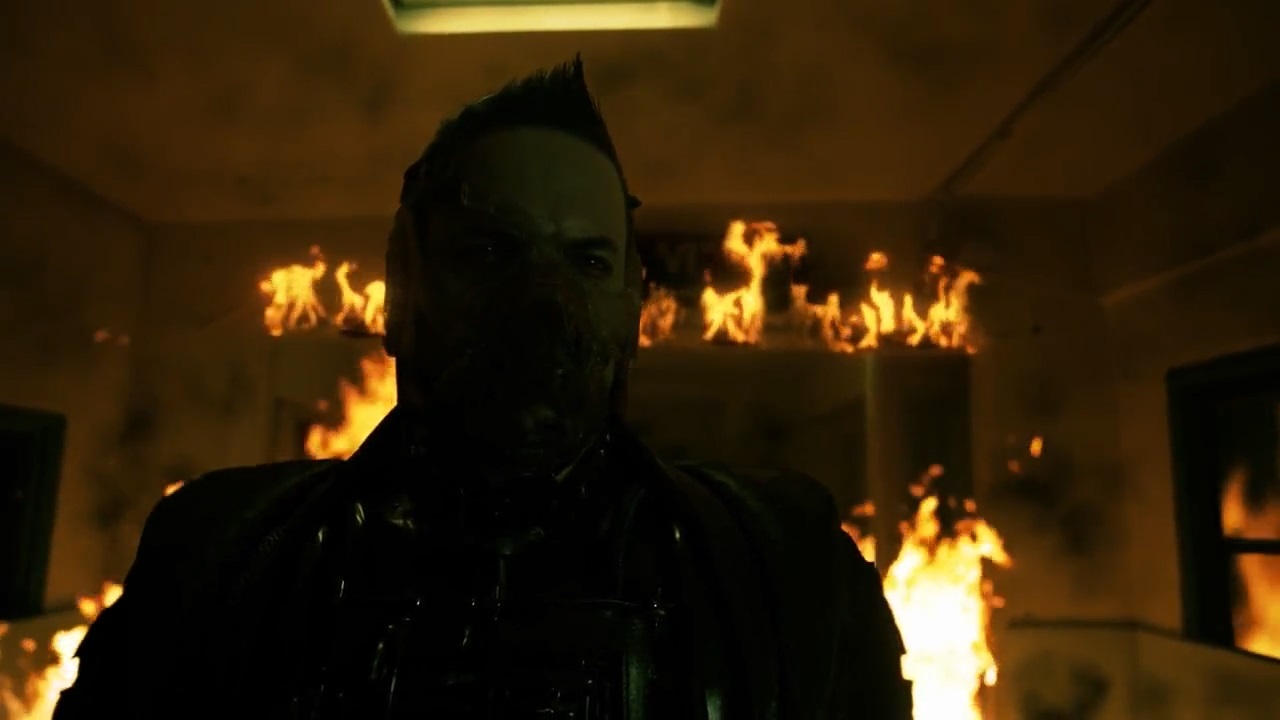 Gotham has often been about trying to oscillate between the dead crazy bits and the more serious stuff. It’s tone is all over the place; the show can be somber and dark and brooding like Nolan’s and Frank Miller’s interpretation of Gotham or it can border on insanity and crazyness and borderline lunacy with a twisted version of the humor that was so a part of Adam West’s Batman TV Series and movie. This episode gives us both in heavy dozes and while the humorous bits work, the serious ones often fall flat on their face.

As with the entire series arc, No Man’s Land’s I Am Bane borrows heavily from Nolan’s The Dark Knight Rises, particularly in how it treats Bane and how it introduces Ra’s Al Ghul’s daughter into the fold. It’s something I saw coming from a mile away back when Walker was first introduced and shown as being indirectly responsible for the creation of Bane. The difference here is that she’s playing Nyssa Al Ghul and not Talia; presumably, Talia is around Bruce’s age and consequently, would be young enough to see revenge. Revenge is basically what drives her entire plot as she’s hell bent on getting back at both the people and city who cost her her father. Bane is reduced to a glorified henchman who tries to explain his motivations about wanting to cleanse the world of evil but fails to hit the right note. His voice however is just the right bit of menacing and Bane-ness that mimics Tom Hardy’s voice in Rises perfectly but somehow manages to be a lot better and clearer than the movie version.

Nearly everyone in the episode ends up crossing paths with Bane. He starts by abducting Gordon, Bruce and a new entrant General Waid right outside the GCPD doorstep. Man the show is really going to drag down the reputation of Gotham’s Police Force to the bottom of the Lazarus Pit; it’s so inept that at this point it’s probably the least safe place to be in Gotham City. Gordon is tortured and Bruce is force to recall that he killed Ra’s Al Ghul and there was someone else with him: Barbara. Which then leads Bane to the hospital where Barbara is delivering her baby with Gordon whose lover Lee Thompkins is helping her with it. Wow.

The crazyness only amplifies when Penguin and Riddler are drawn to the hospital to obtain a missing part for their submarine that Barbara kept to herself. These are some of the strongest bits in the episode when they really shouldn’t be. Everything here borders on outright lunacy and at times it feels like a crazy soap opera, like a version of The Adams Family without the horror and creepiness but somehow, it just works. I guess it gells well with the nature of Gotham as a crazy place to live in and it’s also a testament to the chemistry that the characters and actors share with each other, which bounces off nicely on screen.

The entire episode is rushed to deliver the climactic blow depicting military helicopters bombing Gotham, which should lead to the season’s opening sequence that’s a part of the finale. The bombing sequence however is so obviously CGI it’s embarassing. As is Bane awakening to enhanced strength, shown from his own point of view that almost looks like a recreation of a similar shot from a First Person Shooter video game (Bioshock?). It is somewhat strange for Gotham to be introducing a character this late into the game but if that’s the direction it’s heading in, so be it.

And Doctor Strange is back again. No, not that one. Hugo Strange is the McGuffin that’s involved with creating every meta-human in Gotham City, this show’s Tesseract. We’re shown that not only is he responsible for giving Bane his form, he intends to do something similar with Gordon. And he’s already implanted a controller inside General Waid who he used to bomb the city. I mean, how much more ridiculous can a show get.

The episode is nothing but guilty pleasure, really. It’s popcorn entertainment at best with nothing meant to be taken seriously. At this point I’m just eager to find out how the show concludes with its final two episodes although I realize it’ll be a long wait of almost a month to find that out. Speaking of which, I didn’t truly realize it had been two weeks since Gotham aired an episode. Maybe I’m not missing the show at all.