Gotham closes out its run by setting up its characters in a world protected by the grown-up Batman. 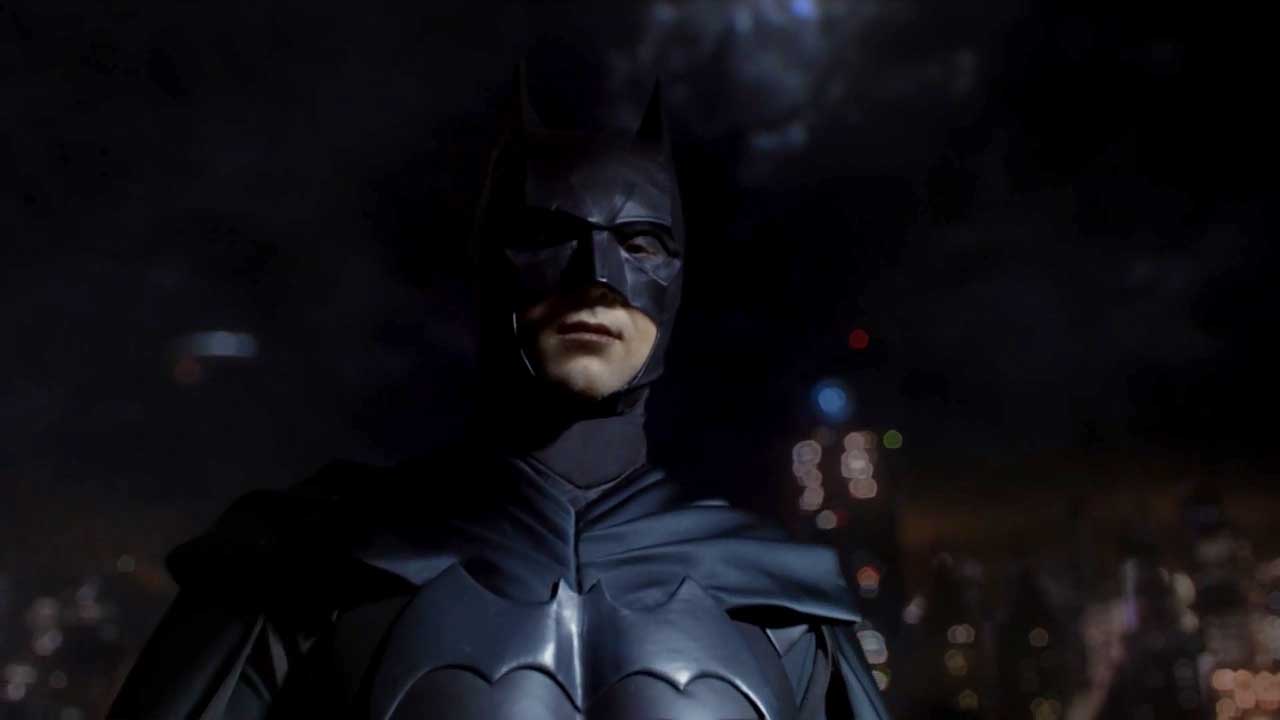 Gotham capped off its series run in what felt like a part-underwhelming part-satisfying finale. Whatever plot it comprised of was heavily contrived as this was merely meant to be a filler episode, one that closed off some arcs, brought well-known characters to the state we’re familiar seeing them in the comics and the movies, all while finally teasing the Caped Crusader’s first and final appearance, which literally ends the episode. And while a lot of the filler material was merely by-the-numbers, the ending soared high, giving us an epic Batman TV Shot that looked like a cross between Tim Burton and Christopher Nolan’s versions.

Subverting expectations, the big bad this episode was neither the Penguin nor the Riddler but the Joker. He goes by the entire episode without being named as such (although he comes close) and maintains a fake vegetative state anticipating Bruce Wayne’s return. Somehow, by bribing and forcing cops into troubled states, he’s able to get them to do his bidding that involves setting up the newly constructed Wayne Tower up to blow. This happens conveniently in a gala ceremony that is simultaneously set to unveil the tower and see the introduction of Bruce Wayne after a disappearance of 10 years. Bruce of course, is too busy to arrive but we have everyone else aged by 10 years who come together to thwart this threat.

It’s amazing how little the characters have aged in 10 years but then again, on a show like Gotham filled with absurd plot developments, that’s really too much to ask. The 10-year leap also feels a lot less convincing because of its timing; we meet the characters more or less exactly as they were. The biggest visual development is from Penguin who, while still the same screaming, whimpering, limpng Oswald, now has a look that’s a lot closer to the classic Penguin, monocle and all. Everyone suspects them of being involved in the central plot but it turns out to be Jeremiah.

Gordon packs a great moustache that he unfortunately shaves off quickly and it’s weird to see him be on speaking terms with both Lee and Barbara without any issues. And little Barbara-Lee has grown up quite a bit, filled with the courage and fierceness that would make her the apt Batgirl; the Sirens tower that serves as her headquarters is also shown as being under construction. Both the mother and daughter however become plot devices to draw Gordon into a final skirmish with Jeremiah which in turn concludes with the new Bruce saving them from the shadows.

Batman instilling fear into the hearts of criminals is always exciting to see, no matter how many times we’ve seen it in the comics, cartoons, animated shows or the Burton and Nolan movies. Because Bruce is making his first appearance as the Dark Knight here, the showrunners portray the criminals as not being used to a man dressing up like a bat. There’s quite some fun to be had with Bruce fighting crime through the shadows presumably after the training he underwent with the League in the mountains as we saw in the episode’s beginning.

But all plot developments and character resolutions are like I said, mere fillers for the show to get us to the point to show a new-formed Batman there to protect the city from its numerous threats. Bruce has seen Gotham go through a lot in his time and he’s not about to let it happen again. And in Gordon, he forms an unlikely but suitable ally, forging a partnership that will lead into the Gordon-Batman relationship we’re all familiar with. Because Batman is such a strong icon, even some of the bad bits in the finale work, largely because the episode closes off around him. There is some fun to be had with the other characters, particularly Selina Kyle’s no older appearance (it took quite a while to figure out that wasn’t Camren Bicondova) and the dynamics are all in place to begin Batman’s saga that’s played out numerous times before.

And with that, Gotham comes to a close. It’s been fun following the series for nearly half a decade since it aired back in 2014 and it’s also a bit poetic for the show to end on Episode No. 100. The run hasn’t been quite smooth, with some great episodes mixed with many ordinary to a few downright terrible ones. But every time a TV Show ends, it’s like a slice of your life has been taken out and eaten up. I’m going to need to catch something else to keep me busy but this is me, signing off for reviewing Gotham and the show, winding up for good. Let’s see how many spin-offs it generates from the seeds planted therein, if at all.