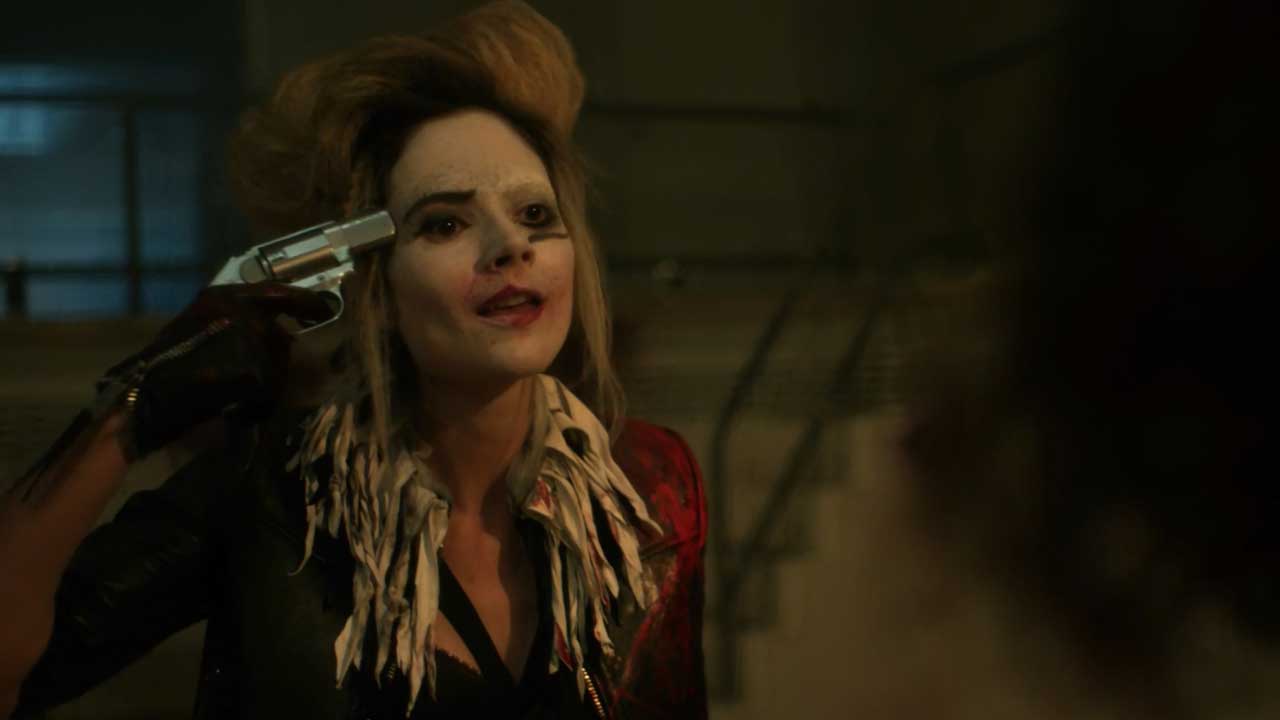 Robin Lord Taylor’s Oswald Cobblepot, better known by his moniker Penguin, is undoubtedly the second-biggest asset Gotham has in its rogues gallery (next to Jerome / Jeremiah Velaska / Proto-Joker). It’s no surprise then to see an episode centered around his exploits as Penguin finds himself become a hero in the eyes of those who despised him. Meanwhile, we also get to see Bruce and Selina on their side-quest to track down the Joker while a cool tribute to The Dark Knight Returns is seen.

Penguin’s subplot crosses over with Gordon’s and is at the heart of this episode. It opens bizzarely with his slaves singing an anthem heralding his achievements and moments later, ends in a killing of his deputy who rather sadly, reveals in his dying moments how everyone hates Penguin. Normally Gotham is a ludicrous show with little to zero regard for hard-hitting moments but wacthing Robin Lord Taylor crumple in that moment with suitable restraint really hits the way it should. It’s one of the few moments where I’ve been able to look past the over-the-top zaniness of the show and find any semblance of emotion (the opening Season 1 moments depicting the Wayne family’s murder and their aftermath were close).

Selina is clearly beginning to get affected by Ivy’s poision and is at this point an alternate-universe Catwoman. Yes, she’s using her claws and yes, she has the moves but she’s still far out in terms of persona than Catwoman is. In a cool moment, we see her taking the Mutant Leader from The Dark Knight Returns which is also the first time he’s been depicted in live-action; it’s literally like comic come to life. Except Selina hitting that guy smack and square is more indicative of how Miller would write her than say the traditional Ms. Kyle we’re familiar with.

We also get the debut of Harley Quinn and while she doesn’t introduce herself as such, using “puddin'” is enough for fans to make the connection. Question is, whether or not she’s the real Harley Quinzel or just a prototype like Jeremiah. It’s a rather dark take on the chirpy character that I’m surely interested in seeing where it goes; her introduction shows her playing a circle of life game with each person pointing a gun with a single bullet at the one ahead of them. Selina puts up a fight but she gets away of course.

The ending is what is most likely going to set the major plot in motion and without spoiling it, I cannot cap this review out on a satisfactory note. Basically, the entire sanctuary or safe haven (quite conveniently called “Haven”) is blown to shreds but someone unknown. Ben Mackenzie’s Gordon looks with lost hope as Haven burns but even Penguin is angry because moments later, he had shot down mutant thugs and become a hero in the eyes of some people hosted there. Could this then, be the trigger that brings Penguin and Riddler together as we saw in the fantastic opening prologue? Time will tell.

On the whole, this was quite an entertaining installment of Gotham that moved its dual storylines forward while not tying its hands at too many parallel narratives. Consequently, Ed Nygma was rested out of the episode and these are the only two subplots that we see running. Let’s hope the rest of the series has enough meat to reach to a logical, satisfying conclusion.