Gotham reveals the identity of the mystery bomber as Selina’s revenge concludes with a surprising outcome. 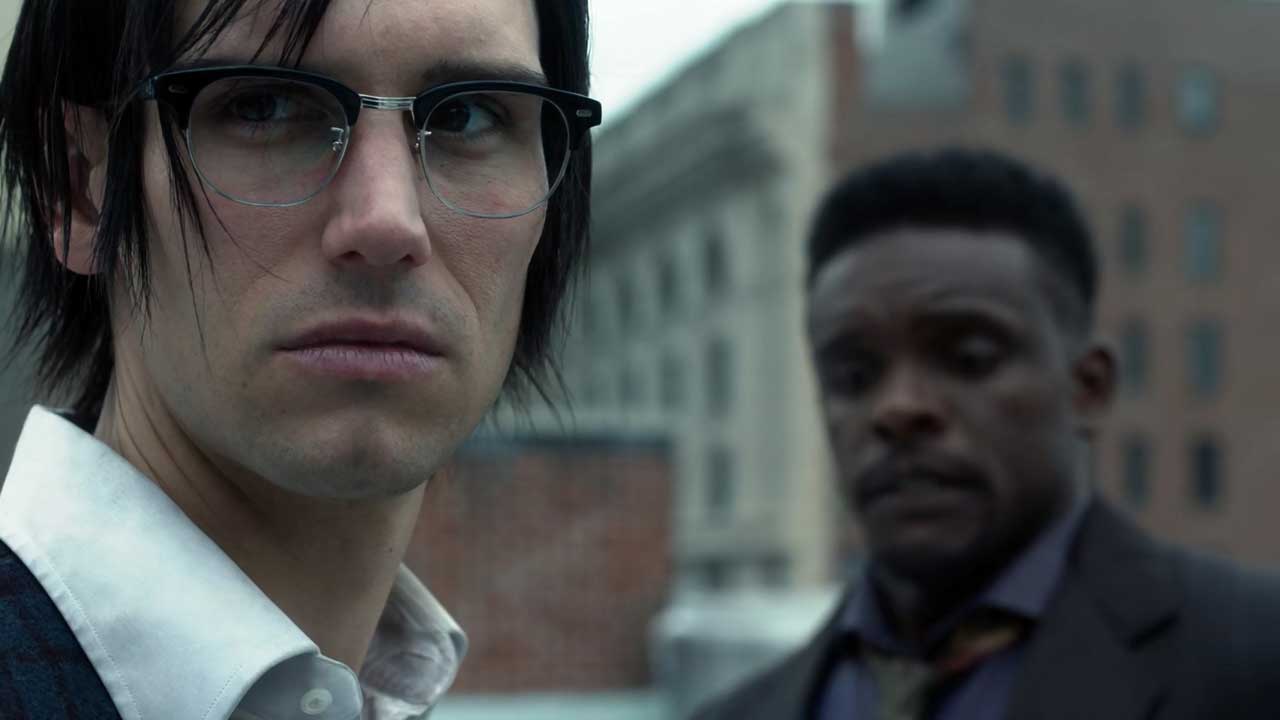 Back to our subplots again. The last episode had us juggling two stories – the skirmish around Haven leading to the climactic bombing and Selina’s revenge over Jeremiah. The Riddler was left out of the picture for streamlining the narrative. Now, not only is Nygma back in the game but turns out, he plays a pivotal role in one of these storylines. At the other end, we get a surprising conclusion to Selina’s thirst for revenge that I totally did not see coming.

Let’s start with Selina for a change, since the other subplot has some major reveals. The showrunners take the dynamic between last week’s newly introduced character Ecco and Jeremiah in the direction of the Harley-Joker relationship from the comics, with the two sharing a romantic dance and Jeremiah disclosing his fondness for the crazy tattooed lady. At this point, they might just call them Harley and Joker officially but in this alternate universe show, I doubt we’re getting any official bad guy names. Selina however narrows down Jeremiah’s location and, in a move I totally did not see coming, stabs him multiple times until he supposedly succumbs to his wounds.

This is definitely not the way I saw Jeremiah go down. I mean, for all we know he isn’t down already (his brother Jerome did return from the dead once). I expected a flashy showdown with Selina most likely failing to exact her revenge and violence but she instead emerges victorious. This should leave her empty for a while, with nothing to unleash the rage the seed ignited within her on. I’m assuming Jeremiah is still alive, and will still be treated or else the following episodes will have less to look forward to.

At “Haven”, everyone has sidestepped their differences to find the identity of the bomber. The opening sequence effectively conveys the horror of the act, with people screaming as our leads Gordon, Penguin and even Barbara look on at the devastation unleashed. In a well written move, Barbara puts aside her revenge for Penguin when she sees the larger game at play, and even agrees to help Gordon with some tips to help him narrow down the identity of the bomber. I’m pretty sure people died, not sure how many but in the opening minutes, Gotham definitely plays like there’s been a lot of casualties.

Not only Barbara, but Penguin offers Gordon assistance in catching the one responsible, and to my surprise, Gordon accepted. The end result is Gotham at its fine crazyness as we see the GCPD side-by-side with Penguin’s goons working on nabbing the mysterious bomber. For a major chunk of the episode, that appears to be Victor Zsasz, until it isn’t and Gordon lets him go. That’s just one part that didn’t sit with me well; even if Zsasz didn’t cause the bombings, he’s done enough damage to be let go so easily. That was a lame decision on Gordon’s part, never mind his inability to find substantial evidence to pin this one on Zsasz.

The rest of this subplot revolves around ascertaining the identity of who caused the explosion. Nygma is tracing his own steps as he seeks information about a certain inmate. Coming to a deal with Lucius Fox, he helps him investigate the bombing leading to a surprising revelation: that his alter-ego, the Riddler fired the RPG that blew up the building. This is going to be interesting to explore in the next few weeks, especially as we’ve now seen Nygma team up with Penguin, Gordon and Harvey to take down an even bigger threat. I’m sure Gotham will cook up a valid excuse to have them work together despite his dastardly act but I’ll keep my hopes that it’ll try to do this convincingly.

It was certainly a packed hour of Gotham with multiple developments happening all over. And to save you the trouble of spoilers, there’s one particularly interesting moment that happens in the episode’s final shot (that I won’t reveal) that’s sure to have ramifications going forward. Being aware that it’s the final season has certainly made Gotham a lot more focused on telling its singular story connecting everyone as opposed to just meandering around with different subplots with only a few coalescing towards the end. Let’s hope the entertaining run continues and snowballs into something even greater.