The third Marvel movie by James Gunn might be Bautista’s last in that universe. 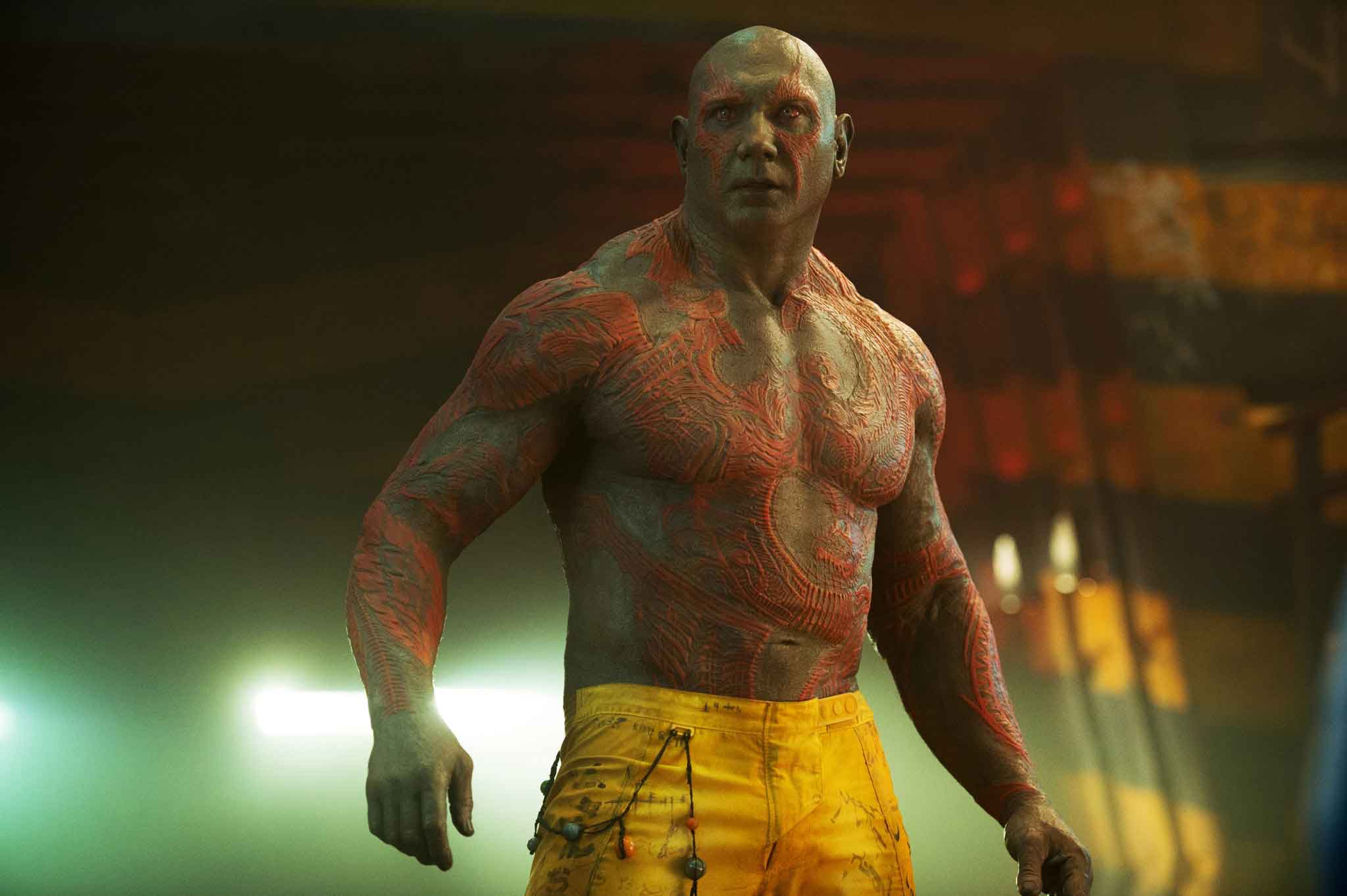 One of those questions was about the Guardians of the Galaxy Vol. 3 script. Back when Gunn was working on the movie, he had shared a screenshot of him working on the script. It was strongly suggested that Gunn had a script ready before he departed Disney to work on The Suicide Squad. Bautista acknowledges that while also suggesting that script may need a lot of changes in lieu of just how much the Marvel Cinematic Universe has changed over the years since.

I don’t know what the script of the third film is, to be honest with you. There was a script years ago that obviously is going to have to change because the whole direction of the Marvel universe has changed.

Bautista also talked a bit about his character’s future in the MCU. He touched on the idea of a standalone spinoff film featuring Drax and Mantis. Gunn himself had pitched the idea but he feels studio interest in it has waned. As far as the future goes then, Drax speculates that Vol. 3 might be a swan song for his character.

I don’t think they’re very interested, or it doesn’t fit into the way they have things mapped out. But other than that, no. I mean, as far as my obligations, I’ve got Guardians 3, and that’s probably going to be the end of Drax.

Of course that’s Bautista speculating or ruminating. If there’s anything we know about the MCU, is that popular characters do not die or leave that easily, let alone front-liners such as Drax.

Back when Gunn was working on the script, there were reports that it could feature Rocket’s love interest Lyla. The script was also described at various points as being rather emotional. Let’s hope Gunn is able to preserve that emotional core and only has to make subtle changes to the dialogue to accommodate the journey that the Guardians have been through between Infinity War and Endgame. That and of course, accounting for Thor.

Guardians of the Galaxy Vol. 3 is currently set for a May 2023 release date. Let me know