James Gunn Shares Stack Of Storyboards From Guardians of the Galaxy Vol. 3 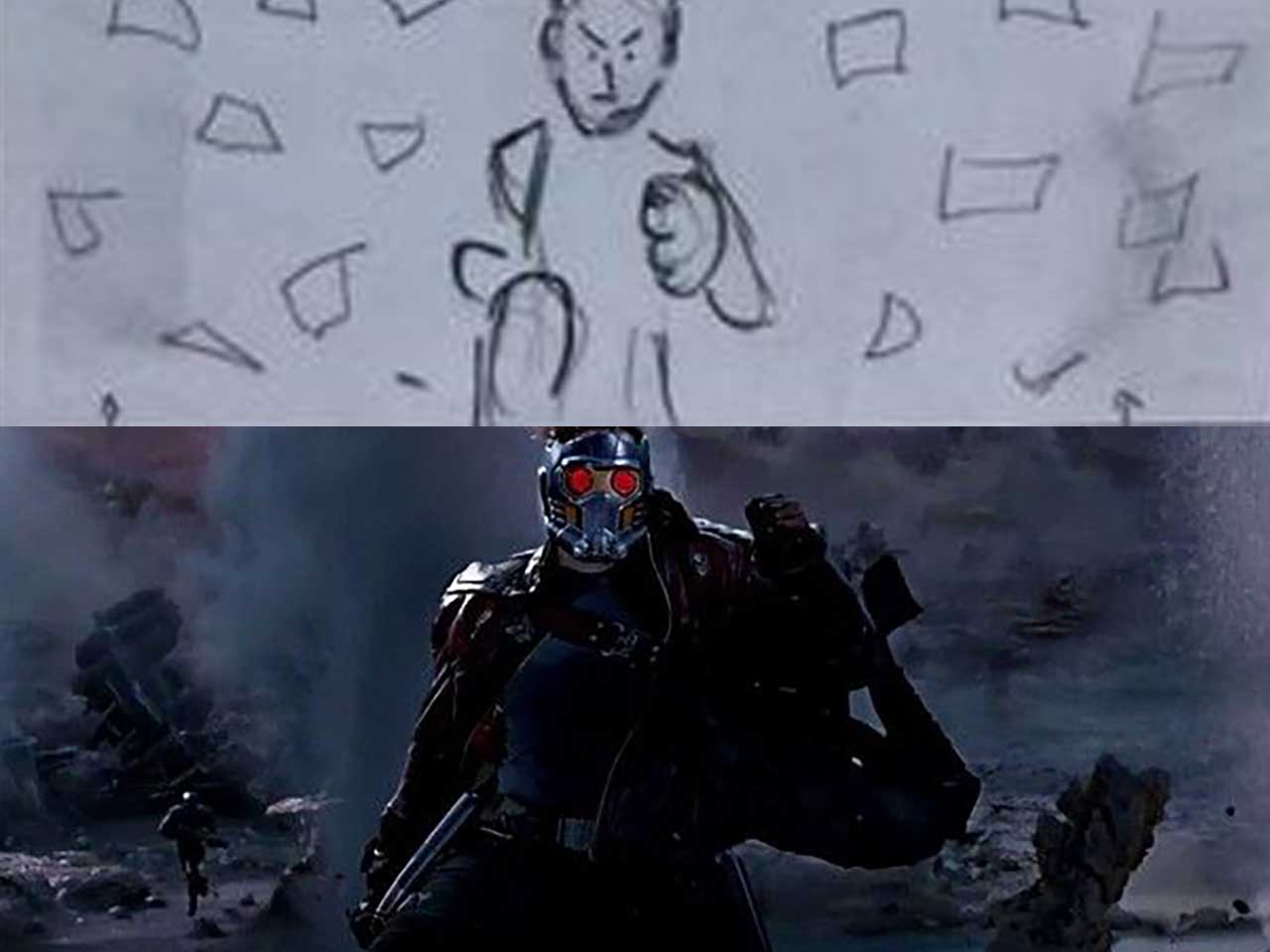 James Gunn has been one of the few directors whose social media has been extremely accessible in regards to providing fans with insights into his filmmaking process. He doubled down on that exercise with his two Guardians of the Galaxy films and The Suicide Squad and it appears he’s in no mood to slow down. In an unexpected move, Gunn shared a stack of storyboards from Guardians of the Galaxy Vol. 3 representing about 12 pages worth of script.

The move immediately piqued the interest of curious fans, some of whom asked Gunn about the possibility of getting more of such storyboards. It’s incredibly helpful for aspiring artists and filmmakers to get access to such raw storyboards as it then helps them compare their transition to the final effects-laden scene shot-for-shot, thereby learning the process of breaking down and structuring a scene. Gunn admitted his poor drawing skills and emphasized that his storyboards won’t look as pretty but they certainly help him remember how to navigate the camera around a scene to accomplish the final effect as it rests in his head.

Gunn went on to describe how the storyboards are numbered and contain notes for different teams working on the production, including notes for himself to dish out to actors when prepping for the scenes. He equates the result to a working bible for his films that are as important as the script itself; perhaps more so given how visual a filmmaker’s work can get.

Gunn revealed that every shot in his film is sketched out this way before proceeding to drop in some more numbers. Typically, each shot takes anywhere between 2 to 10 cards and an average film contains 2,500 of such shots. Though the math works out to be much higher, it translates to about 3,000 cards in all according to Gunn.

Check out James Gunn’s Twitter profile for more of his interactions with the fans and consider dropping him a question as well. Gunn is pretty responsive so you may end up getting an answer to your filmmaking query from a director himself.

As for the storyboards that he shared, they appear to be from the opening sequence of the first Guardians of the Galaxy when Star Lord steals the orb but fans will be inevitably pouring through frames to ascertian if we just got some exclusive shots from Vol. 3.

Guardians of the Galaxy Vol. 3 is currently scheduled for a May 5, 2023 and will feature the cast of the previous movies return.