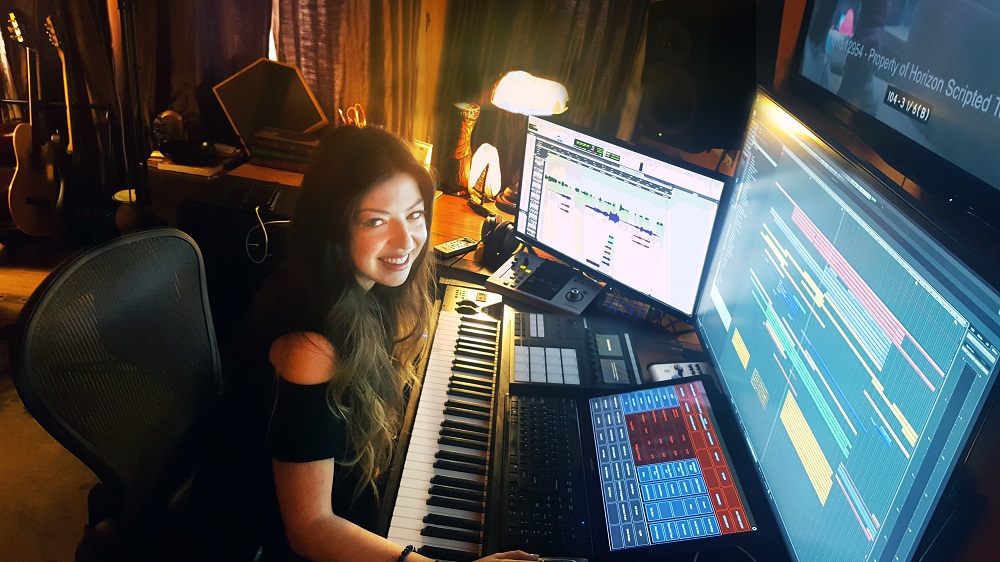 With filming about to conclude soon, Captain Marvel should commence post-production in the next month or two. And one of the pivotal elements added to a movie during post is its orchestral score. Marvel Studios’ Captain Marvel has landed its music composer, as announced by the composer herself. Pinar Toprak revealed on her Instagram that she will score the music for Captain Marvel.

“I’m so thrilled to finally announce that I will be scoring the upcoming CAPTAIN MARVEL!”, revealed Toprak in her post. A Turkisk-American composer with a Bachelor’s Degree in film composing, Toprak worked under Hans Zimmer and has two International Film Music Critics Association Awards under her belt. She scored some additional music for DCs Justice League with the DC TV Show Krypton and the recently released video game Fortnite being among her most mainstream projects.

Unable to contain her excitement, she stated, “It’s an incredible honor to be a part of the Marvel Universe. So many thoughts racing through my head. And the main one is gratitude.” Check our her complete Instagram post below:

I’m so thrilled to finally announce that I will be scoring the upcoming CAPTAIN MARVEL! It’s an incredible honor to be a part of the Marvel Universe. So many thoughts racing through my head. And the main one is gratitude. I have so many people to thank for helping me on this journey but first and foremost, my incredible agents Laura Engel and Richard Kraft for believing in me from day one and Dave Jordan and directors Anna Boden and Ryan Fleck for giving me this opportunity of a lifetime. #captainmarvel

Toprak’s hiring marks yet another win for Marvel Studios in its efforts to push diversity and rope in more females in its projects. President Kevin Feige had revealed during CineEurope that he expects a lot of women on board the MCU going forward in the next Phases and it looks like they’re making efforts to that end sooner rather than later. It’ll be interesting to see if Toprak’s score factors into any of the movie’s upcoming trailers seeing as they already have her locked down to score.

Captain Marvel arrives in theaters next year, on March 8.